Source: chn.chosun.com
English translation: jaychieh0208 @ Soompi
Thanks to Farina for the link. 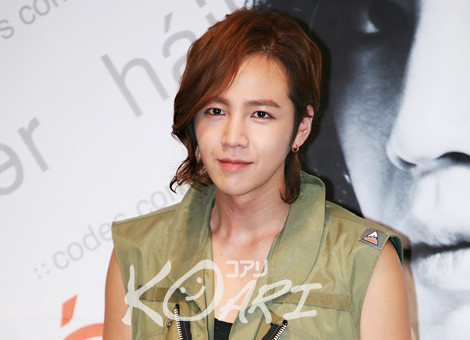 Through an interview with Sports Chosun, Jang Geun Suk revealed that he had suffered from depression due to his excessive workload a while ago.

After filming for drama “Mary Stayed Out All Night”, he toured around Asia for fan meetings, and began filming for movie “You’re my Pet”. Not to mention he released singles and full-length album in between all these works; he even squeezed out time to film commercials. “In total, I had less than 25 days to rest in the past year.”

He further revealed that he had suffered from depression a while ago, “Fans tend to think I was taking a rest when I was not on TV, yet I was actually traveling abroad for work. Whether it was in Japan, Taiwan, or Singapore, I felt like I didn’t belong to anywhere.”

He added, “The busier I am, the more distant I become from my friends. I love cars, but all I could do was leave my car in the parking lot and let my manager drive me all the time; I felt like I was living someone else’s life which made me really depressed.” The star was so depressed that he didn’t step out of his house for two months.

Fortunately he conquered it on his own in the end, “It eventually got better when I was filming for the movie “You’re my Pet”. The filming schedule was so regular that I slept really well, got up at 10am and went to bed at 1am everyday. I went to Taiwan for fan meeting during the filming, it was when I stood on the stage and heard cheers from fans made me realize, this is where I belong, and this is what makes me happy.”