Springsuk_USA’s note: The Turkish eels have done a great job of promoting JKS and his own countries diplomats to show how many fans support him in Turkey and the world. See the detail as follows.

Jan 09 2013, there was Korean culture event in Turkey, a Korean Parliamentary came to Turkey to meet Turkish who are interested in Korean Culture. Korean ambassador, Korean culture envoy and Korean culture undersecretary were there. They were asking questions to Turkish about which star they like and what Korean stuff they would like to see in Turkey.

The following report are from our ECI member Mirine Miri about the detail of the meeting:

I told them that we want to see JKS in Turkey and also want to see his dramas on Turkish TV etc…I also told them that we would like to have a Korean TV Channel like KBS Arab or KBS WORLD. He promised me to ask this with KBS. And The Culture Director took a note. (We hope that they will show like “Love Rain” and other JKS dramas on Turkish TV) And the parliamentary told us that he will bring Korean stars to Turkey. After that we showed IHT with JKS ad to Him. The Korean Undersecretary told the parliament. that it ‘s a famous popular newspaper and Turkisheels gave the initial idea for it. He was surprised and said: “wow, let’s take a photo of it.” :)) So we took this photo..And Korean reporters took our photos too.. 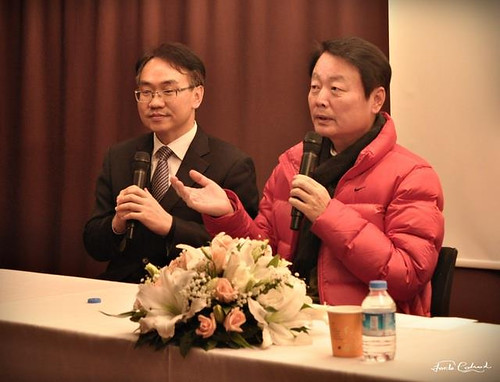