tenshi_akuma’s note: After the show, my mother was so excited and talked and talked about the show happily. And she confessed that she couldn’t stop shedding tears while starting to write to me. I couldn’t see her face now, but these her words were enough for me. I was happy to hear that she had a good time and became more and more Mero-Mero about Sukkie ^^ First of all, I was surprised to find that the production was totally different, rather better than his previous shows at Saitama arena. All the plot, production, and music succeeded to enhance Sukkie’s charm. How could he accomplish such an improvement in a short time? Whereas Sukkie had tried to produce the best entertainment show last time, he put himself in the center of the show this time. He sang, danced, performed and talked tirelessly. Throughout the show, we were overwhelmed with his great talents and gifts one after another. I realized how special he was and I was moved to tears again and again. Even now, tears well up in my eyes just remembering that day. About three and a half hours, from beginning to end, I fully enjoyed the time being with him. 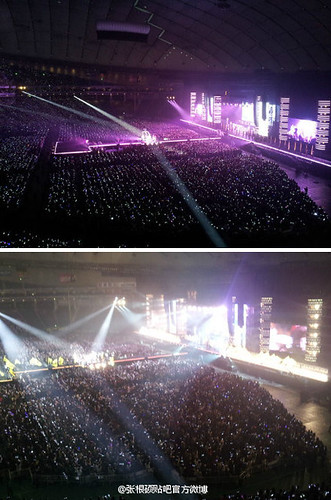 Having been attracted by Sukkie, I couldn’t remember the whole process of the show… But I’ll try to show you the rough process below.
—
The setting was Sukkie invited his eels to his ideal castle drafted by him, and showed them about his dream and policy of his life. At the beginning, we watched the video shown and shot at arena tour. But it was a short video like the reminder. After that, it continued like a series, yet an independent show. 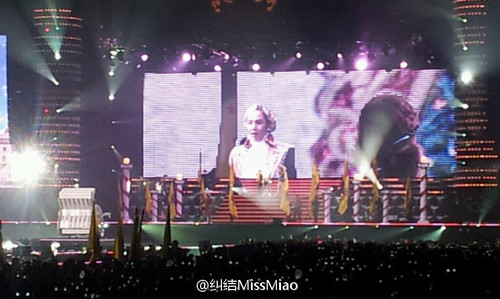 As soon as the show started, eels around me stood up and started to shout and dance for joy. Everyone cheered him enthusiastically. So I put on a hair band with shining horns and followed their excitement! “Keun-chan!!!” At the bed room scene, Sukkie asked us to come and lay beside him temptingly and mischievously!! No wonder our glee became bigger and bigger after his proposition
\(//∇//) Sukkie invited some Korean friends to the show. The first guest was JoosuC. Sukkie introduced him as a legend. He’s lived in Japan before, so he spoke Japanese very well. Sukkie and he rapped together. I was amazed to listen to Sukkie’s rap. Really really cool!!!! I hope their duet will be on sale some day. The second guest was Verbal Jint, Korean rapper on the rise. Sukkie knew him about a month ago, and gave him a phone call and asked him to join this show directly. His voice was really good and they also sang together. The third guest was Park Shin Hye. She suddenly appeared on the middle stage and sang. Sukkie and she replayed the role of YAB. Not only they but also we eels remembered YAB with fondness. I was captivated by hearing his lines, “Look at me only!” *sigh* And the last guest was Big Brother, Kurt!!!!! Team H was, needless to say,  really hot! Our fever reached the climax. 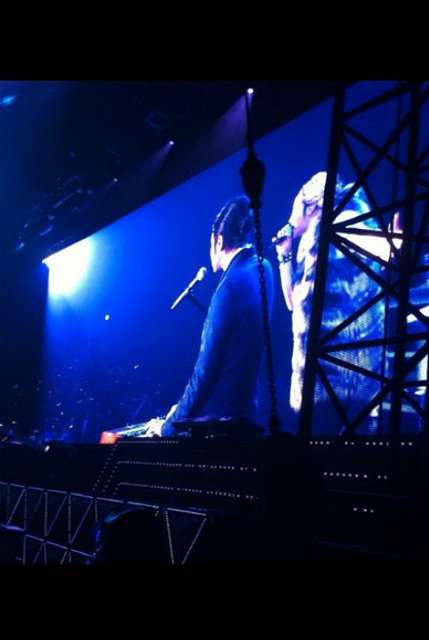 After LoungeH session, Sukkie faded from the stage. We called his name again and again. He appeared from the above of the front stage, flapping big wings on his back screen. The wings were not white. They were shining by reflecting light. It looked like an angel appearing from the sky. We were overwhelmed with this scene. The beauty was really breathtaking… *sigh* 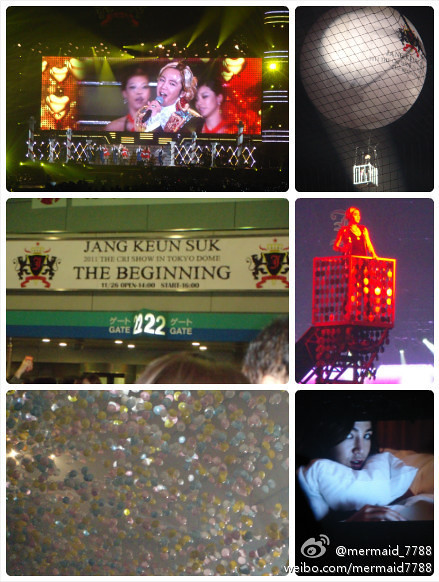 Then thousands of balloons were falling from the ceiling. Unfortunately, I couldn’t get one though. 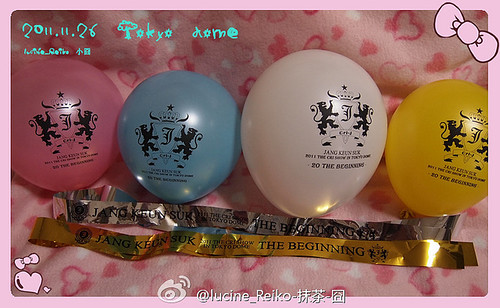 Moreover, Sukkie appeared in a big ballon and flew around the venue. In addition, he cycled around the venue, too! What a lovely free man! I bet he did his best to use up all his energy. His best effort was beyond my surprise and satisfaction. I became worried about his roller-coaster-like performance. During the show, he said to us again and again, “Thank you, my eels. Thank you always.”

At last, Sukkie swore an oath as a prince. Looking back when he had set a dream and achieved the dream, he promised us three oaths to achieve new dreams. These words included his appreciation for eels, responsibilities as our prince and devotion to making his dreams come true. Above all, he emphasized the importance of happiness. While his dream that he performed at Tokyo Dome became real, he asked us to keep our dreams till the day when they come true. “I was always given a lot of energy by you. You are absolutely necessary for my happiness. So you must be much happier than I.” Listening to his words, I felt his sincerity with all my senses. For eels there, this swearing-in ceremony was a truly soul-shaking experience. After the encore, all the performers appeared on the stage and danced shuffle. And Sukkie was thrown in the air, celebrating on the completion. Anyway, all the eels, even though they were not so young, were standing, cheering, waving with hands and dancing throughout the show. So did I! I danced and danced shuffle!!!! But honestly it was a bit hard for my body. Since then, I’ve had a backache a little… -_-;  I found some elderly women there. They couldn’t dance and stand up, but they heartily gazed Sukkie with opera glass. And all the audience showed a faraway look on their faces. These scenes impressed my heart deeply. 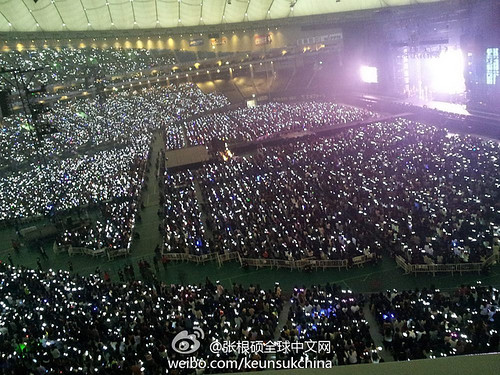 Thanks, my daughter. I’ve rejuvenated a lot and loved him more since then! 😉 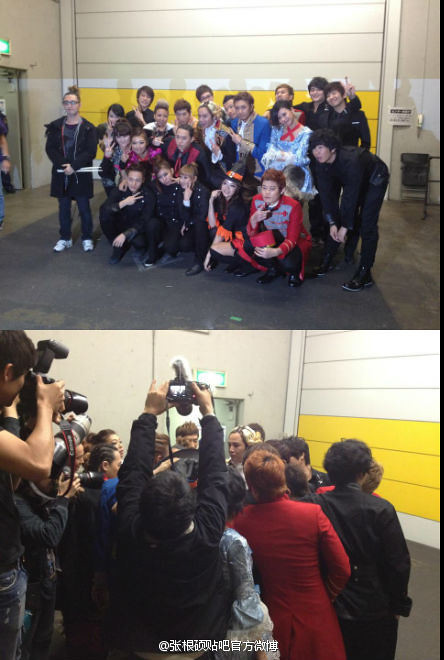 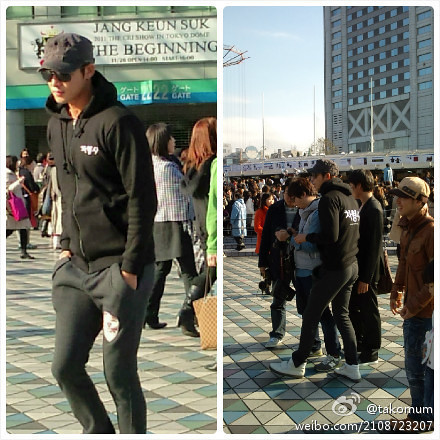 —
** You can read another fan account by Tomoe Shinbo