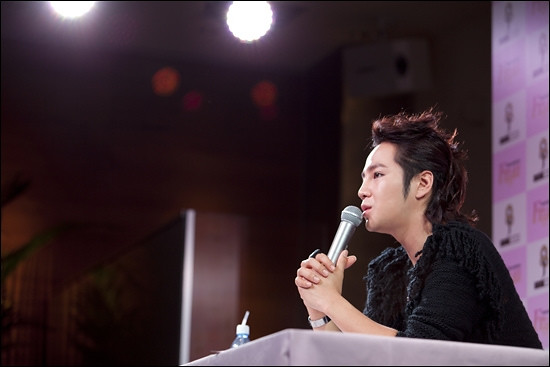 Having debut as a children’s apparel model in 1993, 2012 will be JKS’ 20th debut anniversary. “The number seems like a burden but time passed just like that.” JKS expressed shyly, “Next year, Korea will be the focus for my concerts.”

JKS said, “It is very important to review myself during the 20th anniversary. This Tokyo Dome concert is not an extension of the Arena Tour, and like the 20th anniversary, it signals a new meaning enscapulated by the theme ‘The Beginning’ of the Tokyo Dome concert. 20 years since my debut is not a number to be proud of just because of the accumulation of years, but it is a starting point based on being able to find my true self as a stage.”