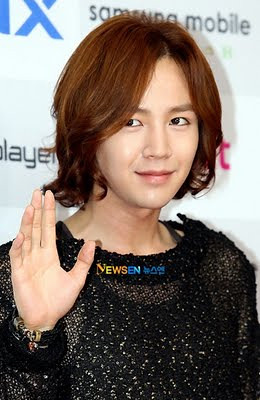 There has been a prospect that Jang Geun-seok will record a sales of more than 3 billion Yen (40 billion won ~ US$40 million).

“Jang Geun-seok has received eight hundred million won for the Santori Seoul Makgolli commercial and is about to step over Bae Yong-joon. He will get more than a billion won for 1 commercial next year and there are several companies waiting in line to work with him”.

Active in acting, music and other areas, Jang Geun-seok put up a sales of more than a hundred and twenty thousand copies with his single album “Let Me Cry” which was released on the 27th of April and took first place of the Oricon Charts for the first time as a foreigner. Also, his photo collection J Plus which was released on the 27th of June went over five hundred thousand copies in pre-order alone and is getting explosive response. Therefore, Nitkangendai estimates him to earn more than 8 billion won in music and photo sales alone.

Jang Geun-seok will start his Japanese tour in Budokan at the later end of this year. An income of about 17 billion won is estimated for tickets sales, souvenirs and others. Nitkangendai estimated, “Souvenirs alone should make a hundred million Yen”.

Meanwhile, Jang Geun-seok has been chosen to model for the popular Japanese magazine ‘MEN’S NON-NO’ and proved his popularity in Japan. He has also modeled for the Japanese weekly magazine ‘An An’ continuously selling out and making the record of selling more than two hundred and eighty copies.