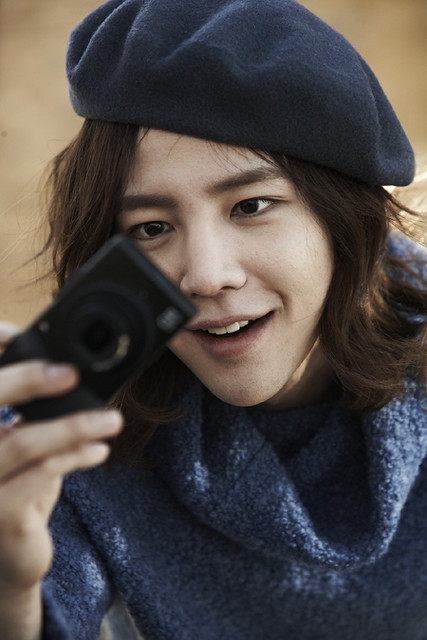 Jang Keun Suk, a popular Korean actor, has attracted much attention when he was chosen as a cover model for Men’s Non-No, Japan’s famous fashion magazine. It is the first time that a Korean celebrity’s face is on the cover of the magazine.

The pictorial shooting was held in southern Seoul, during which he gave off a wide range of his charms, changing outfits of different types more than five times. He’s expected to show off diverse charms through the photos by transforming himself into several characters from a strong, masculine guy to a bright boy with genial smiles, and to a gracefully beautiful person who blurs the lines between men and women.

He well radiated his youthful spirits and enthusiasm fit for each outfit of different theme, satisfying any demands of the photographer. His chic, charismatic poses proved Jang’s name as an Asian star.

At the end of the shooting, he drew astonishing praises and applause from the Japanese staff who bothered to visit Korea to take his photos. One of the staff members says, “His strong concentration impressed us all. During breaks, he dances to his favorite songs, but as the shooting restarts, he’s soon back to where he stopped, smartly absorbing any demands of the photographer and creating satisfying poses and expressions. I was also moved by his considerate attitude toward each staff member. What’s more, I could read his sincerity from his constant efforts to brighten up the atmosphere of the shooting.”

Earlier, he was chosen as a cover model for Anan, Japan’s famous weekly magazine. When the magazine with his face on its cover was released in March, more than 280,000 copies were sold, which was an outstanding sales success. That’s why Jang’s appearance on the cover of Men’s Non-No has been attracting much attention.

Meanwhile, as part of 2011 Jang Keun Suk Asia Tour – The CRI Show, he held concerts in Singapore, Hong Kong, Thailand and Malaysia, and is going to perform in Shanghai. In addition, he is busy recording the much anticipated film You Are Pet.