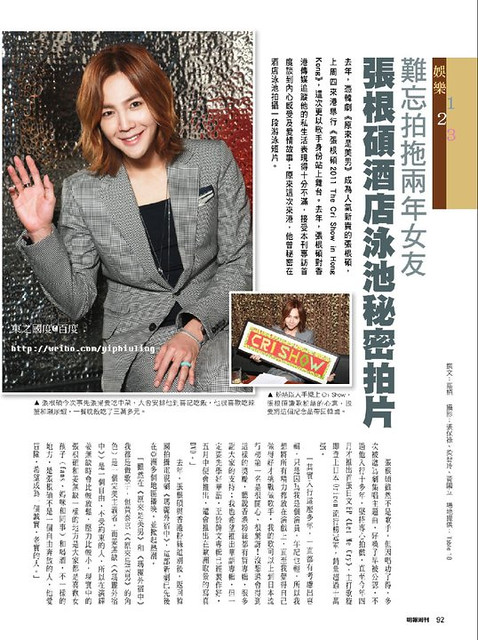 “Having been in showbiz for so many years, all along I did consider releasing an album, but as I am a young actor, I want to concentrate my energies on acting. Until I feel that I have performed well then I took on the challenge of being a singer. I am very happy and surprised to see my song topping Japan charts! I’ve never thought that I would get this kind of reward. I heard that Hong Kong fans all bought the album, thanks to everyone for their support. I also hope to release a Chinese album but I need to learn Chinese before that. The Korean album has already been produced and will be released in mid-May. My Europe photograph book and DVD will also be released.”

Last year after his Hong Kong fan-meeting, JKS returned to Korea to film drama “Marry me Mary” (M3) which has begun airing in various Asian countries and stirring up another tide of popularity.

“Although my characters in YAB and M3 are singers, Hwang Tae-kyung is a perfectionist whereas Kang Mu-gyul is a person who is free-spirited and free of inhibitions, so I am more relaxed in acting Kang Mu-gyul and have less pressure. In reality, what I have in common with Kang Mu-gyul is we both like girls (fans, Mummy and colleagues) and drinking. The difference is that JKS does not give up of his own will; he loves adventure and hopes to become a honest and sincere person.”

Last year in Hong Kong, JKS revealed beforehand that he wanted to visit Lan Kwai Fong and as a result, he was pursued by the media. That night at Lan Kwai Fong, he looked displeased and shielded his face with a bag. When he left the nightspot, he used his suit to cover his drunken state.

“I am not displeased with the media’s pursuit, but this kind of thing does not happen in Korea. I don’t mind some pushing and shoving and won’t be unhappy, but because of the language barrier and cultural differences, I don’t know what they want to do. If fans follow me around in Korea, I will warn them. There were fans who would not give up, so I posted on the internet that if they do this again, I will not let myself be seen so easily in future. After this, they listened obediently.”

Will disclose his girlfriend if any

In every country he’s been to for his fan-meeting, JKS will visit the local nightspots. There are several rumours but he dismisses them. “As we go to different countries to work, it is tough work for everyone. I just want to have a celebration with my team. It’s not what you all think. In Korea, we often go out for karaoke and barbeque too.”

Still bothered by past relationship

“I had a girlfriend once and was about to break up after 2 years of dating, but actually I didn’t want to and still miss her now. At that time, I was filming “Hong Gil Dong” and our relationship was disclosed by the media. She’s not in showbiz and was under much pressure. On the other hand, she wanted me to spend more time with her, but I really could not because I was too busy with work, so we broke up although I didn’t want to. If I have a girlfriend in future, I will definitely disclose our relationship, not because I can do what I like because of my popularity, but because I need to think of her feelings. I don’t want her to be unhappy and I feel I need to be fair to her. I hope she can understand me and treat me like a normal person, and we lead normal lives. But I am very afraid that fans will be jealous and aggressive towards her, so I decide not to date for now.”

JKS stayed at W Hotel while in Hong Kong, which has a beautiful swimming pool on the rooftop that overlooks Hong Kong’s night scenery. “Last year in Hong Kong I had lots of time to swim in the hotel’s swimming pool but when I arrived here this time, I felt the weather was cooler and so I could not go swimming.”

But after the interview, JKS finally managed to go swimming. One of the staff took a 30-minute video of JKS at the pool, including some scenes where JKS and his colleagues were drinking champagne and pushing one another playfully (all males, so there were no amorous scenes). These scenes will be included in the behind-the-scenes DVD of the Asia Tour. 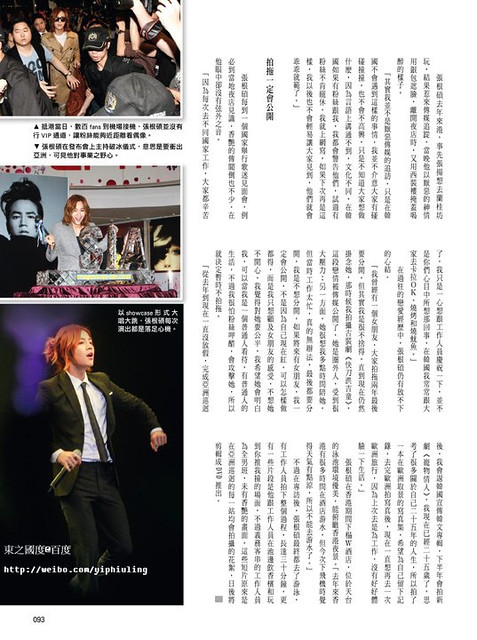