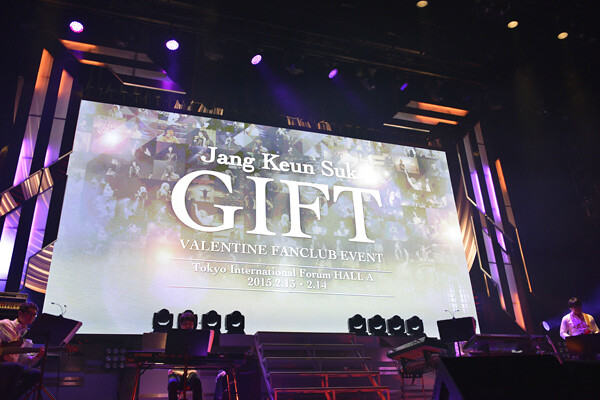 For 2 days, February 13th and 14th, he spent a heart-warming time with fans in Tokyo full of St. Valentine’s Day atmosphere.

Jang Keun Suk reached an important milestone, 5th anniversary for his Japan Official Fan Club. He’s held a lot of concerts or events in Japan so far, but surprisingly, it was his first official fan meeting in Japan. The venue, Tokyo International Forum Hall A was full of fans who had waited for the day to come. As the event title ‘GIFT’ shows, the fan meeting became a memorable event given from him to fans who keep supporting him for a long time. 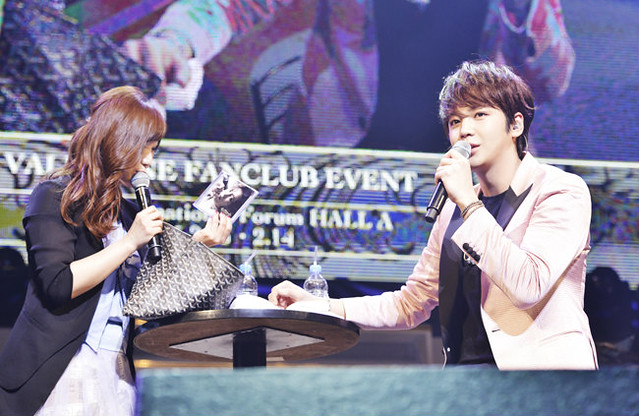 In this event, 7 missions related to initials of ‘JKS GIFT’ were given to him and he had to complete them such as question time using a polygraph test, check for his personal items, impromptu dancing seeing his past videos, and live response to requests given by fans like “show us your bossy style of love confession at the camera!” “Show us your best smile!” and so on. Like this, this exclusive event was totally different from his concerts.

He even walked down from the stage to get closer to fans, and walked around the venue holding a selca bar. Such an unexpected event made the audience so happy. When the MC announced that he would walk around on the second floor as well as on the first floor, the venue was covered by the cheers of the audience. He really walked all over the venue. To respond his heart, all the audience kept the promises as the MC asked beforehand. No one left from their seat and tried to touch him. That proved their solid bond between JKS and fans (eels). 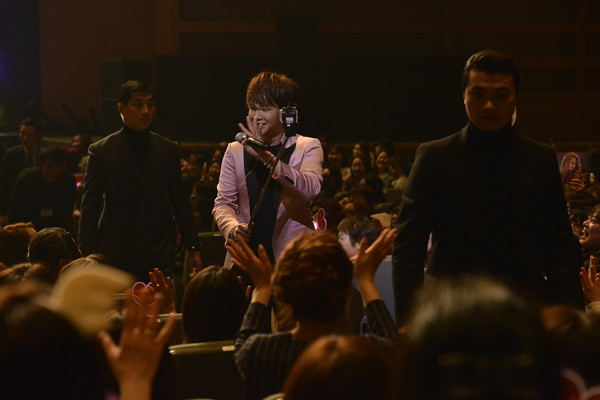 Usually JKS expresses his ideas from the planning stage actively, and joins the production part of each stage, but this time the detail was not revealed to him in advance. He looked a bit confused to know each mission he had to complete, but he seemed to have fun with fans from the bottom of his heart. When he looked back memories with fans over 5 years and saw message videos by fans, he seemed lost for words because he was very impressed with them.

Besides, there were surprise events that the audience held a message banner for 2 days. The event was full of love to reconfirm their special bond in the past and in the future. It was really suitable to be held on St. Valentine’s Day. 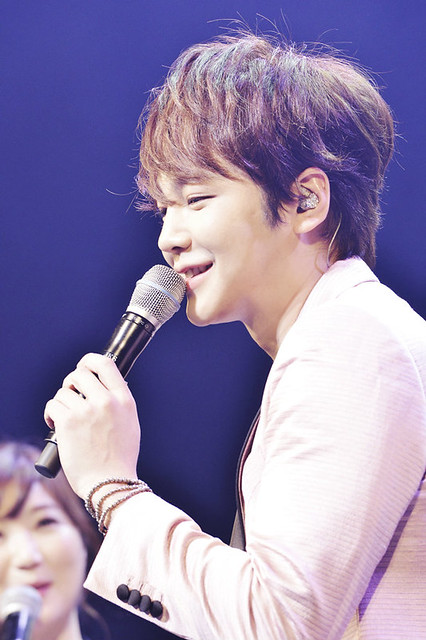 In addition, MV of a lead song ‘Hidamari (sunshine)’ included in his 3rd album released on February 25th was released during the event for the first time. And during the mini concert segment, he sang some songs such as ‘Always close to you’ ‘Save me’ ‘Turn off’ ‘Beautiful Change’ and so on. That made us to look forward upcoming CRI SHOW3 that starts in March from Oksaka. 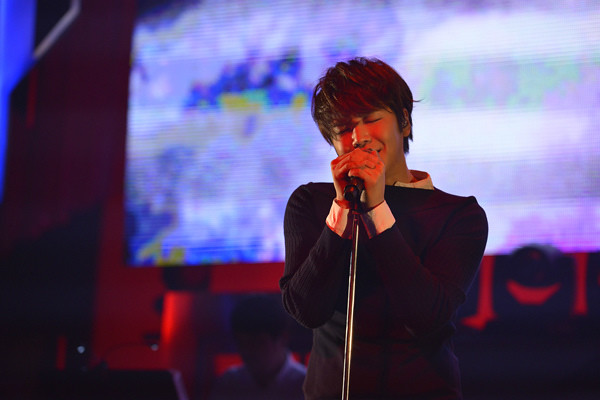 And this event was confirmed to be released as DVD. The detail will be out on the official website later. 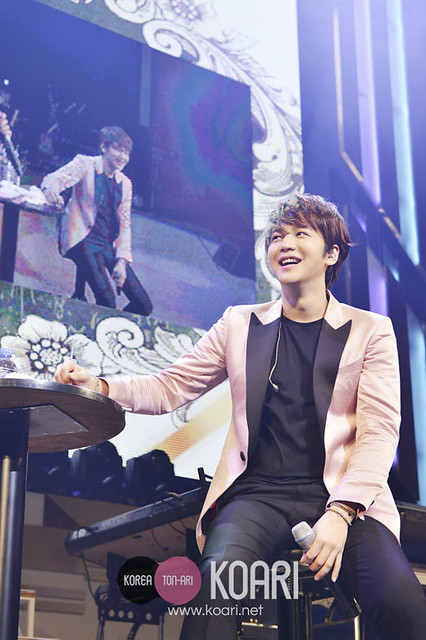 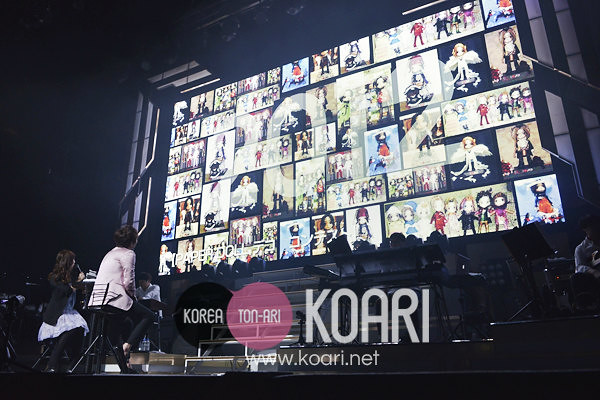 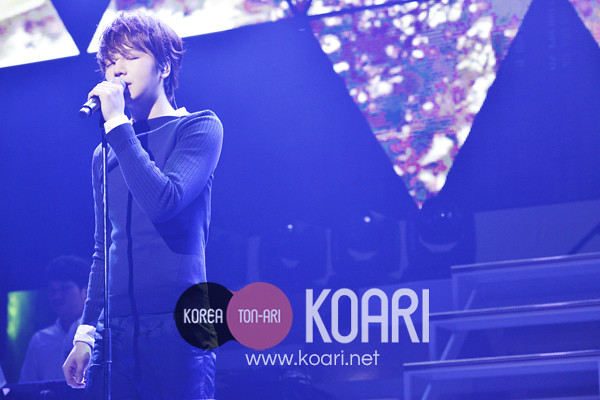 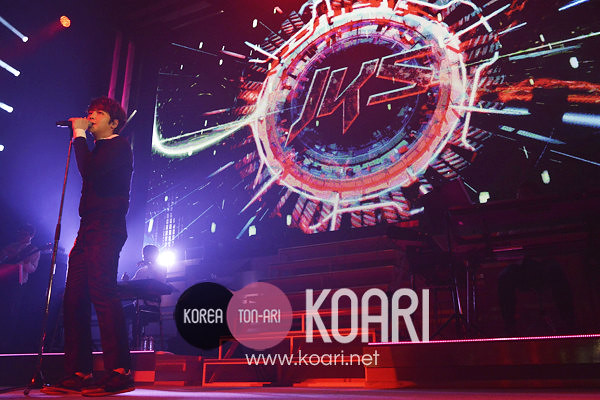 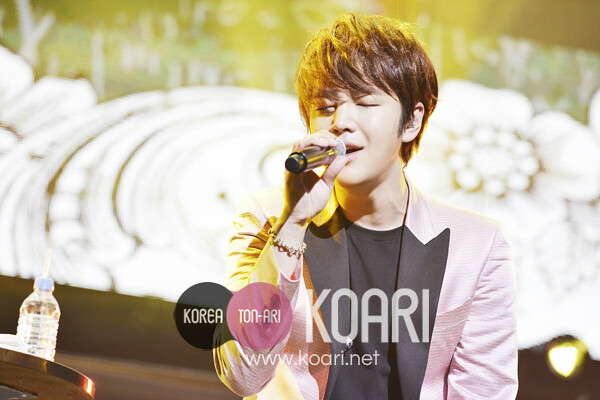 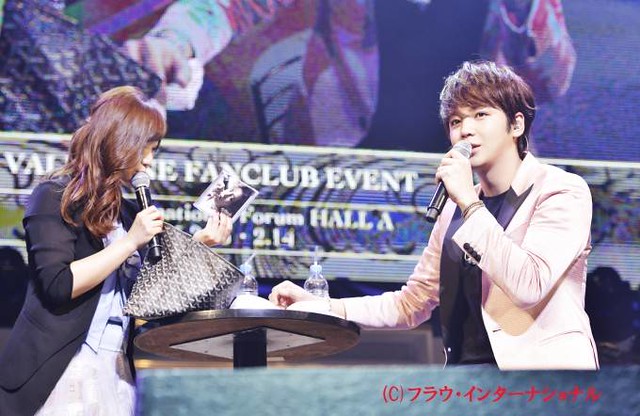 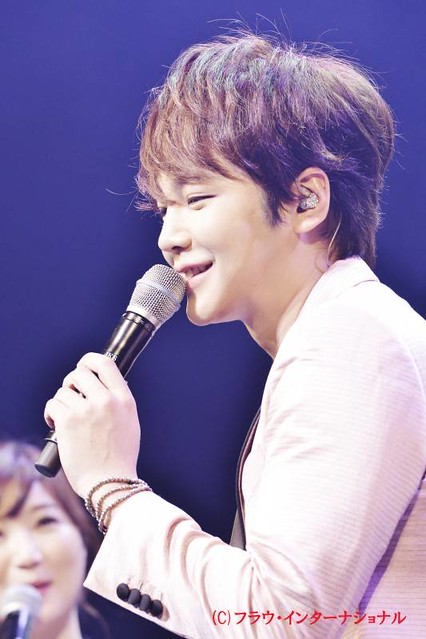 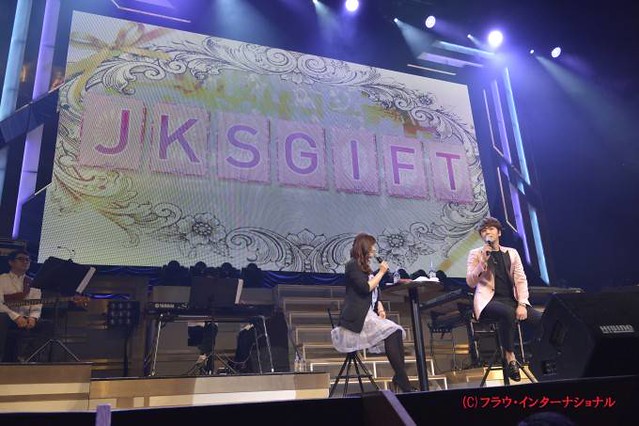 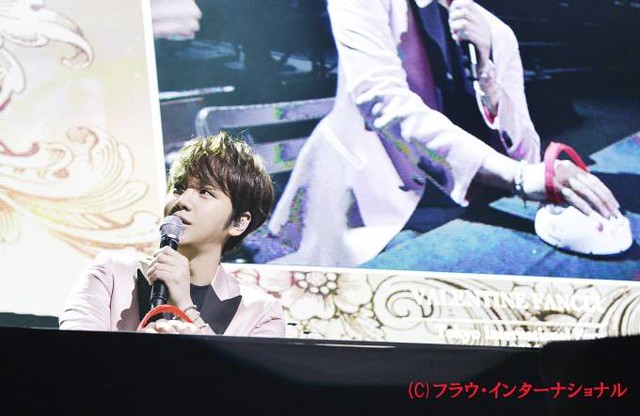 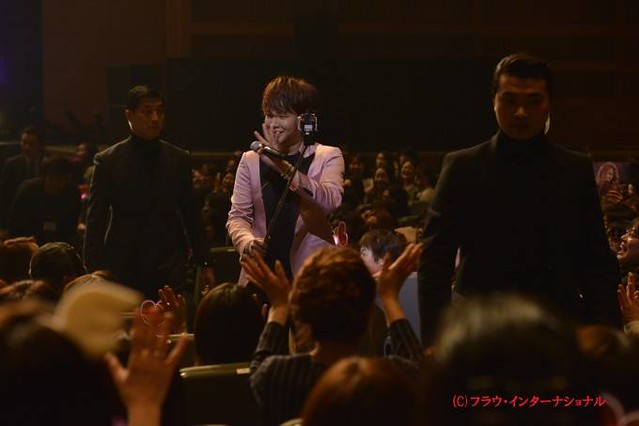 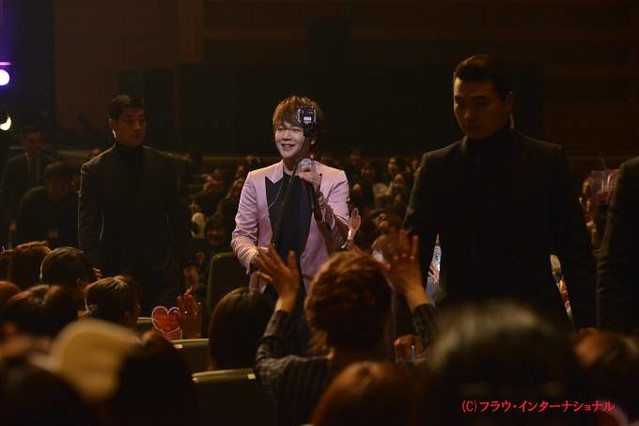 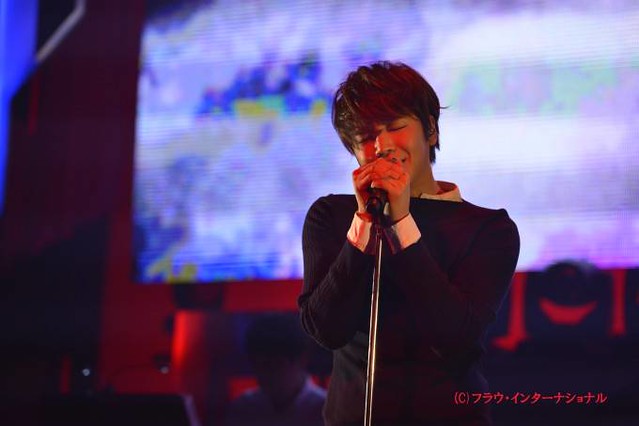 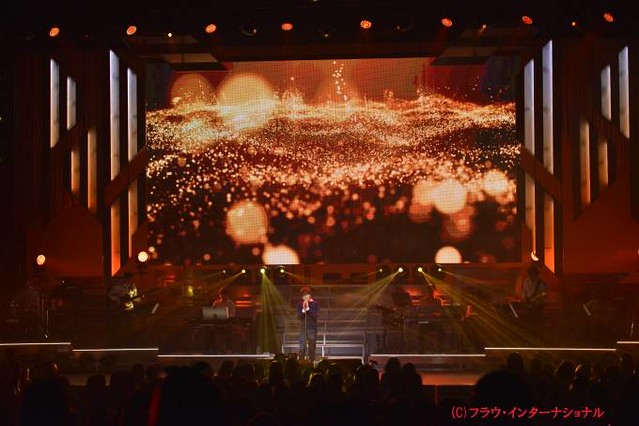 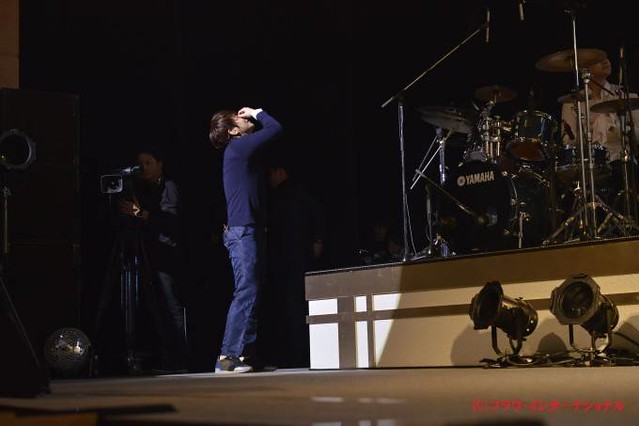 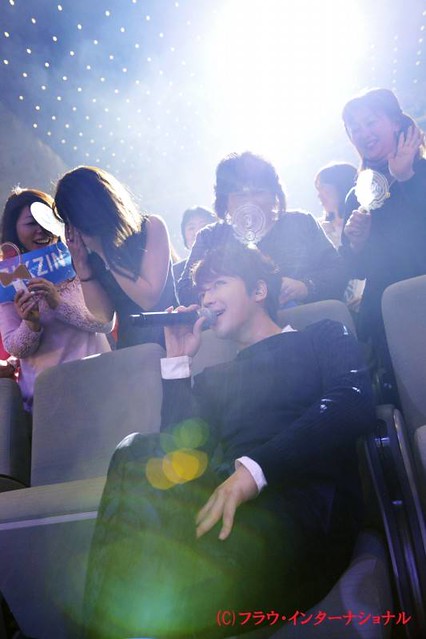 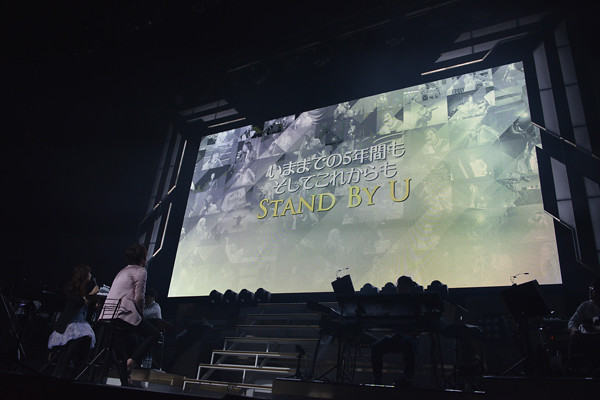 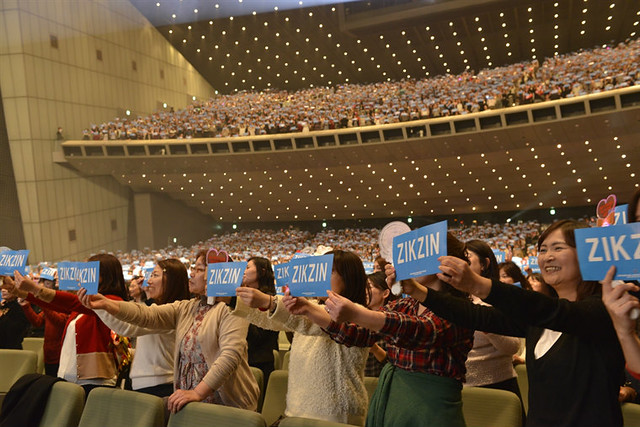