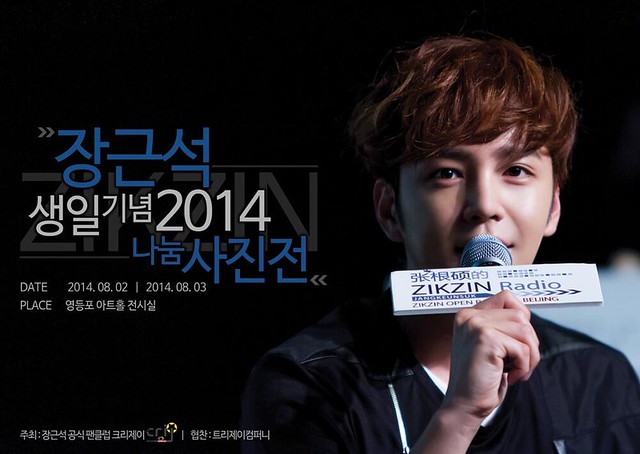 “Asia’s Prince” Jang Geun Suk, who’s turning 27 on August 4, will be celebrating his special day in a rather different way.

On August 2-3, a special two-day event which includes various attractions and activities such as a photo exhibit, a live open broadcast of Jang Geun Suk’s podcast, and a donation drive will be held at the Art Hall in Yeongdeungpo-gu, Seoul to celebrate the upcoming birthday of the actor on August 4. This event will be the first time in six months that Jang Geun Suk will be meeting his fans officially after his fan meeting last February.

While most fans usually send their love and greetings for the birthday of their favortie artists through billboards and advertisements, Jang Geun Suk’s fanclub, Cri-J, thought of putting up a photo exhibit like the previously held “2013 Jang Geun Suk Birthday Photo Exhibit,” wherein photos of the actor that were personally taken by his fans will be exhibited, highlighting the love of the fans for the actor. The total profits from the photo exhibit last year that amounted to 10 million won were donated to charitable institutions and this year, Jang Geun Suk’s fans are expected to show once again that they are a model for the matured fans who have a culture of giving.

Jang Geun Suk himself will also hold a special open broadcast of his podcast, “Zikzin Radio,” and will take advantage of the chance to get closer to his fans. Zikzin Radio started in October last year and has ranked number one in the Arts Category of the Japan podcast chart.

This will be the second open broadcast of the show following the first open broadcast held in Beijing, China. Through Zikzin Radio, Jang Geun Suk will be able to hold ordinary, normal talks with his fans and have an animated conversation with them. Fans are highly anticipating this personal talk time with Jang Geun Suk which is expected to expand broadcast all throughout Asia soon.

“Jang Geun Suk is always very thankful whenever fans prepare a lot for his birthday every year. Also, it has been a while since he last stood in front of his fans after the previous fan meeting so as expected, his fans’ anticipation has risen and we are continuously fired up when it comes to the preparations,” said a representative from Jang Geun Suk’s agency. 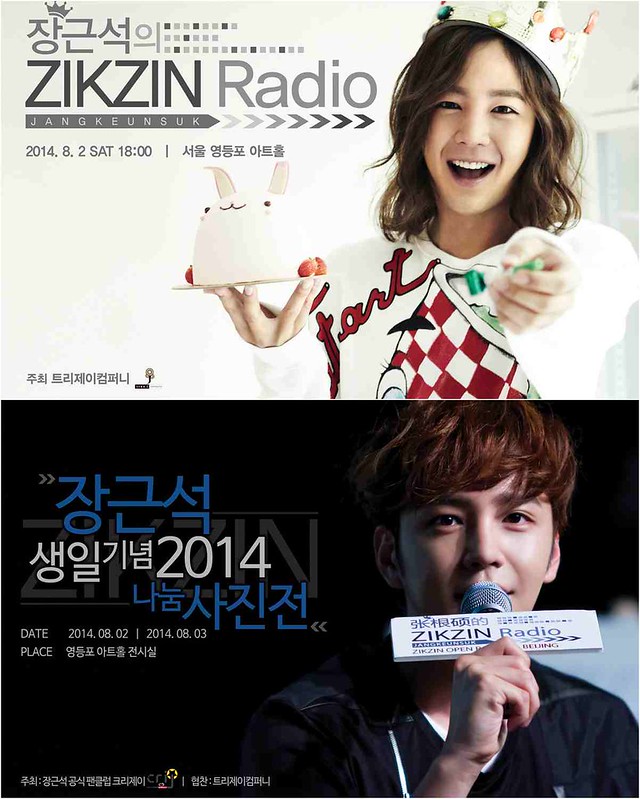