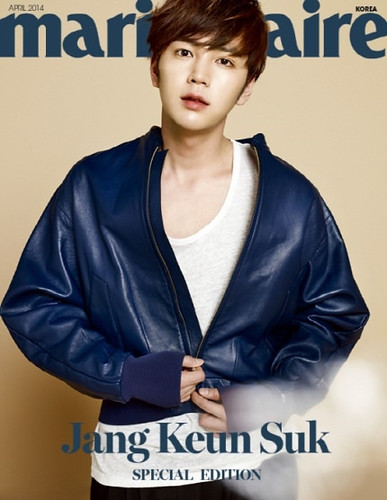 [by Chloe Yun] Prince of Asia Jang Keun Suk appears on the cover of Marie Clare’s April 2014 special edition issue, on newsstands March 20.
From semi-formal to casual, Jang suggested various spring looks for men through the pictorial. He showed off his great sense of fashion as mix-matching various print and floral items, which accentuated his signature boyish charm. 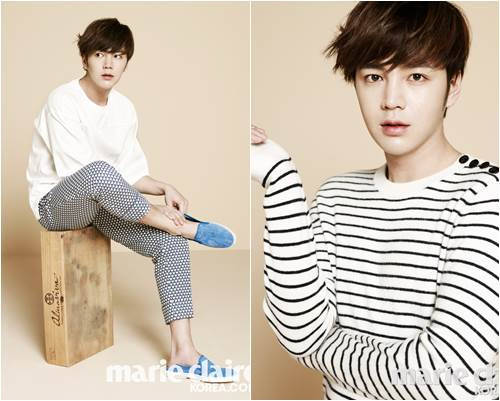 Jang Keun Suk, who has been loved for his outgoing, outspoken personality, told during the interview that he wanted to be “crystal clear”. He said, “I think celebrity can be thought as a certain form of product or brand. Celebrities may look flawless from the outside, but it doesn\’t mean that they are perfect on the inside, too. I want to be like a crystal box so people can see through me. ”
“I want to continue my acting career as long as possible. Acting is what I need to focus on. I can’t be sure that every movie or TV show I choose will be safe and successful. But people say that living flowers with some scratches and thorns are much beautiful than artificial flowers with no scars?”, he continued expressing his passion for acting career.
Meanwhile, more of Jang Keun Suk’s photos and interview can be found from the April issue of Marie Claire. (photo by Marie Claire)