Fan account of a Korean lady who met JKS in Jeju Island when he was doing his Zikzin Radio recording. 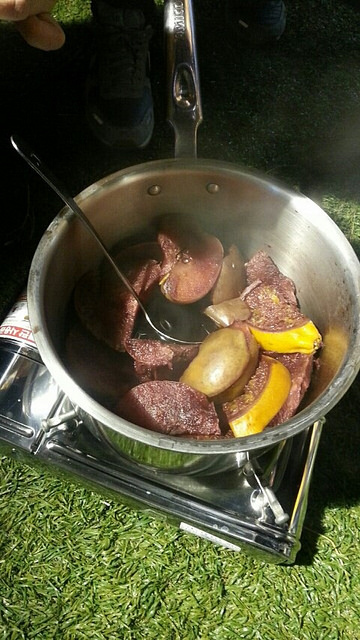 Asia Prince Jang Keun Suk….the 2nd encounter
Have been waiting for this day, finally can say it out. Hehe
Last month, 27th February
That was the day of Star’s (Korean Drama) finale
And was also the day I received a daunting phone call
Right at the moment when Do Min Jo and Cheong Song Yi broke off
Mr Tagi had received a takeaway call and was out
It was the time, when I was alone tears in my eyes
10.23pm…. There was a call from an unknown number
Ah, irritating..Who is calling at this crucial timing? I had this kind of feeling
Picked up the phone call disgruntledly. (wonder what happens if never picked up the phone? Ha..)
Hello
Hi, is this the boss of TAGI restaurant?
Yes, ex-boss. Now I’m not the boss already. Who are you?
Please wait a while
2 mins later heard a deep voice
Hello~~~

Hello~~(although I pretended to answer without reaction, but I already know who that voice belonged too. Immediately I switched off the TV… Arrgh)
Hello~~ I am Jang Keun Suk!
Ah…nnn…annyeong. (although I pretended to answer without care, my hands and feet were already shaking terribly)
Lady Boss, I am at Jeju Island!
I know….
Oh? How do you know?
Saw it at Naver news (although I pretended to answer without care, I was thinking in my heart that I know your schedule at the tip of my fingers. Keun Suk Ssi…I called him like that…hehe)
Lady Boss! I want to eat the meat of your store! Both you and Boss quickly come to LOTTE HOTEL filming site ya!!
Ah…Ok…My husband was outside parking, I will speak to him and call you back. (Although I was answering without care, but I was already putting on my socks with one hand)
Now I’m not the boss of TAGI restaurant anymore.
The meat Keun Suk ssi wanted to eat I don’t have
So I quickly rushed to TAGI and buy the meat…hahaha
Then, set off…
Took an hour to reach LOTTE HOTEL camping site
Although he told me to ask HOTEL staff where his filming site is located, the staff will answer me..
But I would rather think the staff will not tell me yeah? Hehe
Please tell me how to get to Keun Suk ssi filming site!
(The hotel staff looked at me and husband from top to bottom), asked “you have any relations with him?”
Nope
Then why did you come?
What an awkward moment, hehe
Ah…I..brought the meat requested by Keun Suk ssi. My time is very precious, let me give him a call!
(I feel like laughing when I speak, probably the staff thought I was a passionate fan…arrgh)
I called the person in charge
After a while, the person in charge came out to fetch us
I gave that HOTEL staff a look as if to say “Saw it now?” hehehe
Followed the PIC into the camping site
We saw him…hehe
Politely asked us whether we have been well this period of time
And said he didn’t really expect we will come
Also asked if our new restaurant is also called TAGI?
Is it because we did well therefore we left? He smiled as he talked….
I felt my heart will explode!
Happens that he is recording ZIKZIN RADIO
Turns out to have the honor to be special guest in recording..hehe
But…
Today’s ZIKZIN RADIO totally did not have traces of our recording..haha
All has been omitted..hehehe
I’m ok~~~I’m ok~~~ I’m ok~~~hehehe
After recording
Mr TAGI bbq the meat we brought there, it smells exceptionally nice
All staff Including Keun Suk ssi enjoyed eating
Althoug Keun Suk ssi said 5 pax, but we prepared abundantly for 12 pax
In the end turns out there were like 30 pax present
I only have one thought, if only I have brought more meat…
Although I have the urge for a picture taken together
But I am already 36 years old, was too shy to even mention
Only drank 2 cups of the apple soup cooked in red wine specially prepared by Keun suk ssi
Carefully took a picture of the cup..heee 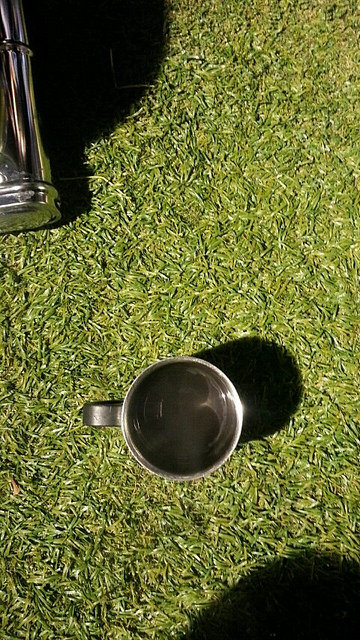 There were many eels who have not even seen him once
Why am I so lucky? Hehehe
If we open shop in Jeju Island, he said he will definitely visit
Jang Keun Suk ssi is not someone who will say things casually~~~hehehe
I will wait for you to come yeah!
Ah, and!!!
Once again, I felt Jang Keun Suk ssi is really a polite nice young man….Argh Argh Arg!!