Author: RNgamefan from ECI
Photo Credit as tagged
WARNING: If you haven’t watched this episode, please be aware of spoiler from reading this article. 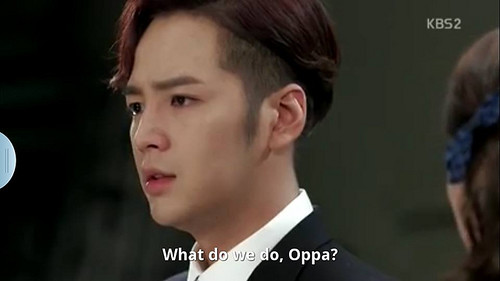 As episode 7 starts, Ma Te is worried about the poor sales of cleaning socks on MG Home Shopping. Botong is distraught, almost in tears, concerned that Mate will be in debt by millions if the socks don’t sell out. David Choi on the other hand is willing to do anything to make Botong feel better, even going as far as taking responsibility for giving away free gifts just so they can sell more socks. Hmmm…. maybe he has some money we don’t know about?

Meanwhile, Hong Yoo Ra calls Mate suggesting that he should ask for Kim In Jong’s help. Kim In Jong is the Queen of Connections, after all. While Kim In Jong is hesitant to help Mate, Botong is begging the Home shopping director to let her dance and clean the floors on TV, thinking this might help with the sales. Mate is touched to see Botong crying because of him, so he made up his mind to convince Kim In Jong. He will become her lover!!! Now eels, which woman can turn down an offer like that? 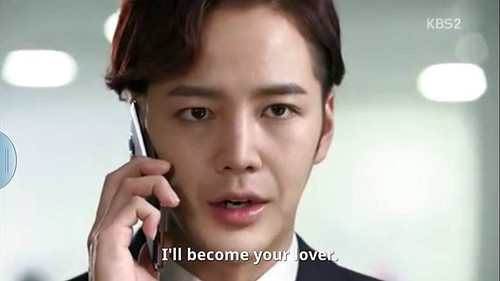 Of course, Kim In Jong accepts the proposition and calls on one of her connections— World Star Myo Mi. Myo Mi posts online a picture of herself using the cleaning socks and in minutes all her fans starts buying the cleaning socks. Doesn’t this remind you of what happened to the sweet corn from Hokkaido?
Now while Botong, David Choi and Duk Saeng are celebrating, Kim In Jong calls Mate to meet her at a hotel bar to take him up on his offer to be her lover. Botong is upset that Mate did not join them in the celebration party so she gets drunk. She calls Mate to tell him how upset she is and Mate uses her as an excuse to leave Kim In Jong in the bar. Smart move, Mate! 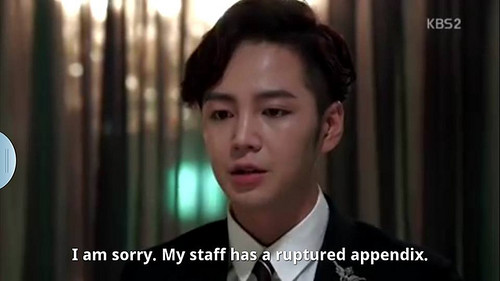 There is a tender scene when Mate comes to Botong’s room and found her asleep, he brushes the hair off her face. So sweet!!! 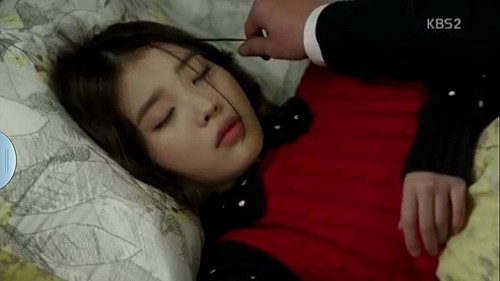 The next morning, Botong wakes up to discover that Mate had drawn on her face. She looks so funny! And David Choi’s reaction is hilarious too! But instead of getting angry, Botong is happy to know that Mate touched her face while she was sleeping and vows not to wash her face. I’m sure a lot of eels will probably do the same thing. Hahaha! 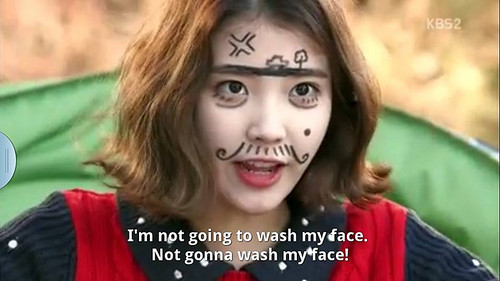 And the plot thickens…. Hong Yoo Ra discovers that Vice President Na Hong Ran actually delivered a baby years ago while she was in New York. That means there is another MG heir somewhere out there. Aigoo! 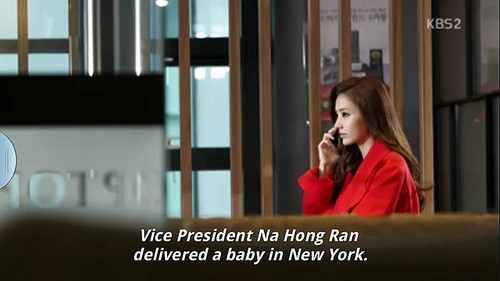 After the success of cleaning socks, Mate and Botong plan on starting their own company (they named it Normal Company) but they need to convince David Choi to leave MG company and work for them instead. Knowing David Choi’s button is Kim Botong, Mate tells Botong to go all over Seoul to look for office space. David Choi upon seeing how tired Botong was from working, finally volunteered to be part of the company. Mate is so devious! 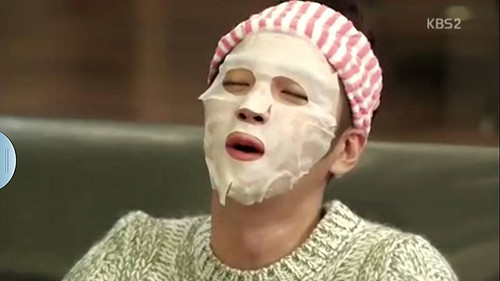 As they were setting up their new office, Hong Yoo Ra comes to visit Mate. David seems troubled to see her and wonders about her relationship with Mate. Meanwhile Kim In Jong is very persistent in pursuing an intimate relationship with Mate but Mate is not interested so he asks Hong Yoo Ra what he is supposed to do. Hong Yoo Ra advises him to look for Kim In Jong’s button…. GOSSIP!
Shortly thereafter, Botong’s mother calls David saying she is coming to David’s house to visit Botong. Mate seems jealous by this relationship between David and Botong’s mom. 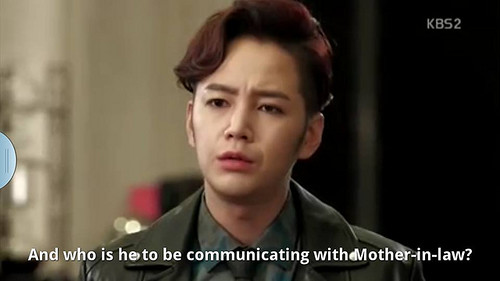 He goes over to David’s house and finds that the group is having fun, laughing loudly and having a blast. This made him jealous so he calls the cops on them. I can actually imagine Sukkie doing this to spite someone or as a joke. 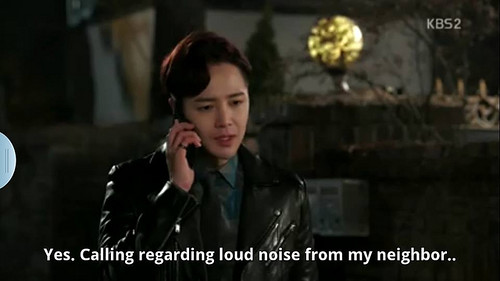 Later Botong and David did a presentation regarding their next product idea. They came up with ridiculous ideas such as “Sink noodles”, “cell phone that you throw when you are angry”, and “reused side dishes”. Yi Li Ni?!!! Sooo funny!
Mate finally invites Kim In Jong to dinner to set her up for gossip. The women of Cheongdamdong Ladies Club see them together, starting all kinds of speculations, resulting in the loss of some of Kim In Jong’s business deals. 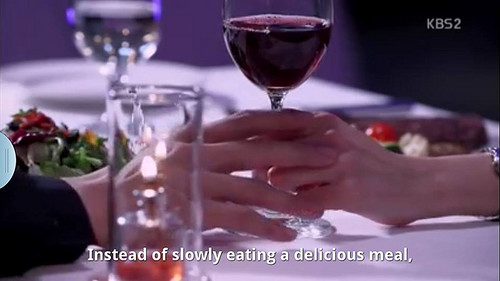 As payback, Kim In Jong then asks Mate for a favor that he MUST grant… to be involved in a scandal with World Star Myo Mi!!! 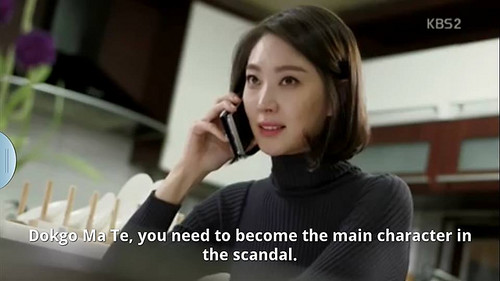 In this episode, we see a very different Mate. Gone is the sweet, cute and pure Mate with the Electric Fairy. Instead we see a mischievious, cunning, scheming and devious Mate. He finally realized that he can manipulate people to benefit his own agenda. Mate’s character really changes and grows with every episode and that’s what makes this role very challenging and interesting for him. Can’t wait for the next episode. Thank you so much for this opportunity and looking forward for his next drama so we can do this again. Kamsahamnida!
[END]

25 thoughts on “[Beautiful Man] Thoughts and Recap For Episode 7”