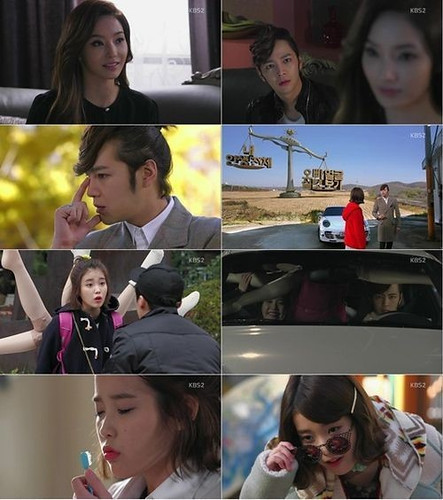 Hong Yoo-ra was form financial clique. But as soon as she gave birth, her mother-in-law Na Hong-ran(Kim Bo-yeon) kicked her out. Hence, Hong Yoo-ra suggested alliance with Dok Go-mate and said “Let’s get back our place” and said “We have to defeat the monster called Na Hong-ran. We need tactics and information to become powerful king.”

The first step was to conquer Jack-hee(So Eu-jene) who is a legend in real estate business. She started out with ten million won and now became billionaire. His quest is to learn what money really is. Mate with outstanding skills to captivate women’s heart will be alluring her to earn her know hows.

Dok Go-mate began his real expedition. ‘Pretty Boy’ is raising curiosities regarding his future quests he has to conquer.

Also, Kim Bo-tong(IU)’s abnormal yet cute love for Mate will be increasing the fun. She, who thinks looking at his face is more priceless than her life will show never ending crush.

Kim Bo-tong even goes to the police station for selling socks on the streets, which was Mate’s mission. She tries her best to give financial aid for him. She gave out her weird cherished things for sale in the flee market. She also dares to become a stocker and trespass Mate’s house. She not only sense his body order through his shirts but also brush her tooth with his.