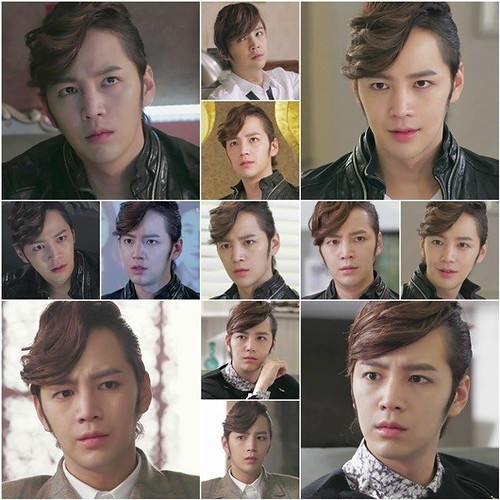 In ‘Pretty Boy’ episode 2 aired on 21 at night, Dok Go-mate(Jang Keun-suk) strived to find his family, which raised high expectations for the upcoming story.

Dok Go-mate found out that he is MG group president’s child of a concubine. He went to MG group right away but Na Hong-ran(Kim Bo-yeon) blocks him. He confronts Na Hong-ran who does not admits his existence at all. The brutal confrontation scene was filled with high tension.

Especially when Na Hong-ran treats him like a trash, he does not hides his anger. Dok Go-mate’s murderous look in his eyes made everyone freeze. When Na Hong-ran says “Get rid of that trash” Jang Keun-suk awed the viewers by even controlling his pupils freely by performing Dok Go-mate’s quivering eyes.

In such short scene, Jang Keun-suk was able to bring up the concentration with his subtle plays. Thus, he is more highly expected as he will be encountering ten women to learn their know hows for his success.

The netizen responded, “Finally begins?”, “Jang Keun-suk’s charisma is best! I almost forgot to breath due to his looks”, “Seems like it will become more interesting”, “I am enjoying my Wednesday and Thursday thanks to Jang Keun-suk” and so on.