It was a long journey to reach Shenzhen and after checking into the hotel (same as JKS) on 26th Oct late at night, we were first excited about the hotel rooms, then we decide to play spy. We wonder where will Prince be, what he is doing and that we are breathing in the same air, under the same building. Luck was with us and we met Jason & MJ while “playing” with the lift. Aigoo……… This got us excited & we were determined to find out which floor does JKS live in. My fellow eel’s sisters who were with me were super paparazzi! They managed to get news each time they walked around the hotel. They managed to know which floor is he in, saw the gift boxes that fans gave him, saw securities walking around, etc. 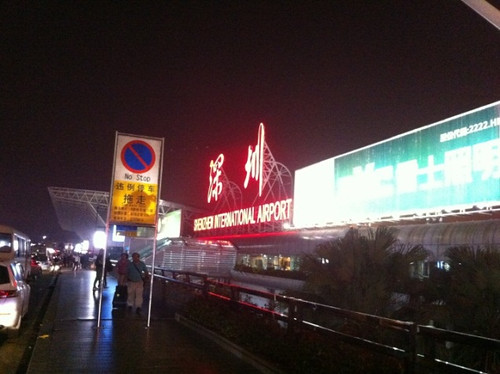 My fellow sisters decide on a memorable project while I was asleep in the wee hours. Thanks to them, the booklet was passed to the hands of Auntie Jang safely.
The next morning, we woke up early & luck continued to be with us as we met Mama Jang/ Aunty/ Cherry & Min. We also managed to catch a glimpse of JKS with other fellow eels on several occasions. Although each time we met him was split seconds, it felt like minutes of explosion inside us. In the late morning after picking up the show tickets, we proceed to the show venue with excitement. Although the tickets were not printed with his face, we still felt the strong desire of accomplishment just holding them in our hands! 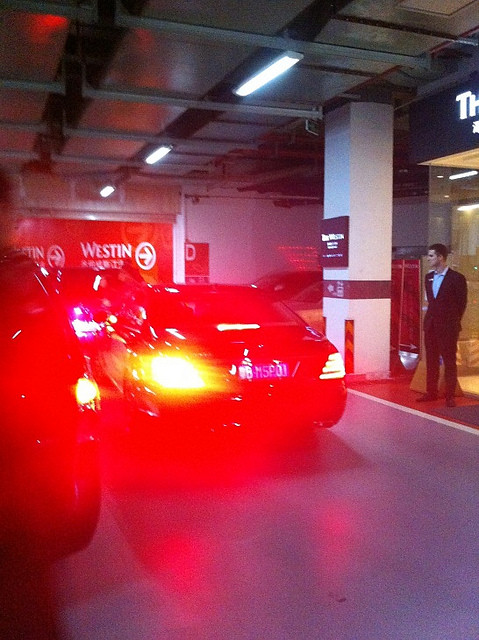 At the venue after purchasing his merchandise, we met many other ECI sisters & eels and we started taking photos, chit chatting and sharing information. Because of JKS, I make many friends and fate is really strange I feel. As Eileen called it: eels’ power, we sincerely hope that prince will be proud of this unity among the eels world from all over the world like: Singapore, Thailand, Malaysia, Russia, Philippines, China, Hong Kong, USA, Germany, Australia. etc.
This scene was indeed heart-warming as many strangers become friends because of 1 pax: JKS. I am thankful for the opportunity and am glad to be part of it! We agreed to meet again just before the start of the show again. 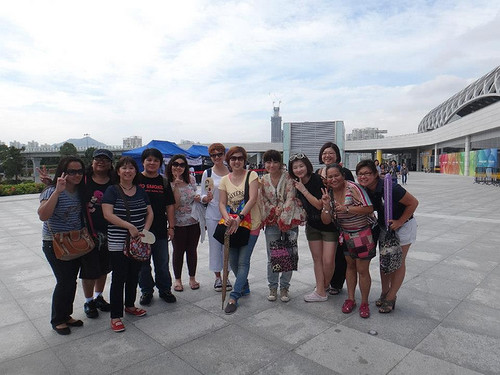 27th Oct @ Venue: Several representatives from fan club in HK & China gave out JKS related items for use in concert such as stick on tattoos, fan with his photos, stickers, banners & white light stick so that eels can give him a white world. We were all running around just trying to collect as much as we could. As usual we could find non authentic items floating around too & people actually purchased them. For some items, Cri Show ticket needs to be shown for verification before we could redeem. We were let in to our seats ard 6.50pm as the Q was really long. We start taking photos of the stage and environment after seated. The atmosphere was great!!! It was about 70% full before the show to about 90% just before it began (in my opinion). 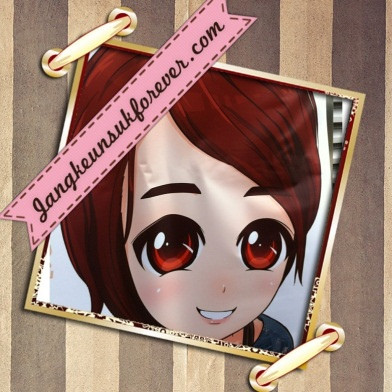 White light sticks were flashing around. We could hear: “white color” or “white light” each time someone turns on a colored light. We joined in the cheers as well. With thousands of people cheering at the same time, the feeling of joy was manifest. Smiles were seen on all faces we met. Encore sticks were in the hands of many eels too. Each time his face appears on the big screen by the sides of the stage, you can hear cheers and screams!
The shouts of “white lights” happened several times before the show as some audience came in with colored lights. I am sure the shouts create fear & all of them shut it up automatically. Finally someone passed them the white light instead. Eel’s powers were amazing. Soon, you can only see Sea of White. We could spot male eels too who came with their gf or wife! Whatever it is, we were all there for 1 purpose! 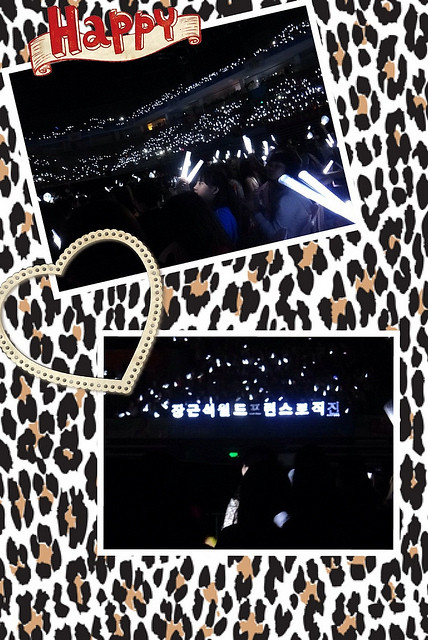