That eel was worried if Jang Keun Suk had seen the message or not, but she was shy to say it on twitter. So she made two board signs, first day show, the sign said: “Please send flying kisses to me” “Our Prince is the best!!!” Second day, the sign was “Did you look at beach?” When he was singing the song “Tomorrow”, Jang Keun Suk started to walked around stage, he saw the sign and he was surprised. He smiled and nodded, also gave a OK sign and fly kisses. The audiences around that eel all said to her: Congratulations!

The Japanese eel was touched, after two years, he still remembers, he remembered to look at the beach! That day morning there were about over 10 men walking on the beach where they left message, she was worried that the words would be erased, but later on she learnt that Jang Keun Suk couldn’t see clearly in the room. He sent dancers out to confirm it. Such a nice star, is there a second one like that?

On the fist day of the Cri Show in Fukuoka, Jang Keun Suk asked: Is there anyone who was at my FM two years ago?” In two years, there are changes in fan groups, and he, till today, his fame, his sensation, two years ago there is no comparison to this, but Jang Keun Suk himself did not change. His frivolous is not like he has it just now, no matter what have past, he is he. Because of that, that’s why we are following him. 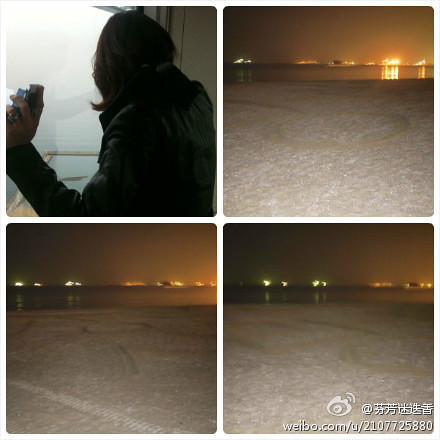