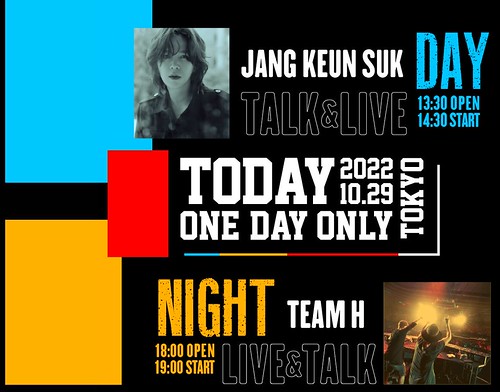 According to their official Twitter, Jang Keun Suk’s interview is scheduled to be broadcast in a segment of Japanese TV ‘POP UP!’ on September 1st.

According to Japanese TV program ‘SAKE_NO_TSUMAMI’ website, Jang Keun Suk is going to appear on the program to be broadcast on September 2nd at 21:58. The guests share their small talks with drinks. It seems JKS revealed his past romance with a Japanese woman?? Check the trailer on the official website.

According to their official Twitter, JKS recently prefers drinking whiskey. He admits that alcohol loosen the tongue, so he and his staff are a bit worried about what he talks and reveals, but at the same time, he enjoys it. 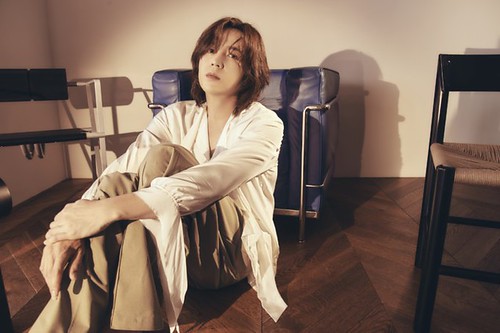 According to Japanese TV ‘kajiyarou!!!’ website, Jang Keun Suk is going to appear on the program to be broadcast on August 23rd from 7 pm. It seems he shows his cooking skill from his home kitchen. 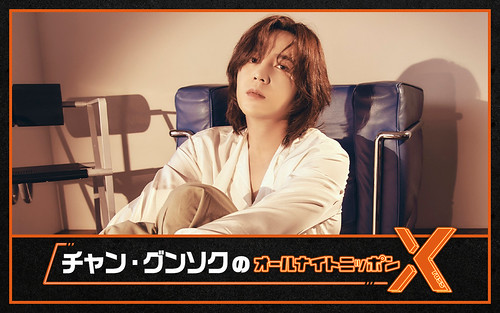 Jang Keun Suk is going to appear on radio program ‘All Night Nippon X’ from 24:00 to 24:58 on September 1st, 2022. He appeared on ‘All Night Nippon Gold’ as a one-night radio personality in 2013 (9 years ago). He talks about what he’s doing lately, and answers listeners’ questions.

Airdate: September 1st (Thu) 24:00 ~ 24:58
*Mobile app ‘smash.’ will be live-streaming the radio program. It looks you can download the app in Japan, South Korea and US only. Please check the details from here.

Jang Keun Suk’s new song ‘Goes on’ recorded in his new single album ‘Beautiful’ that is scheduled to be released on August 31st will be distributed online on August 17th (Wed) 0:00, in advance of the official release.

Jang Keun Suk’s new single ‘Beautiful’ that is scheduled to be released on August 31st will be distributed online on August 1st (Mon) 0:00, in advance of the official release.

‘Beautiful’ streaming URL:
https://lnk.to/JKSBeautiful
*The each link will be available from August 1st (Mon) 0:00.
*The link of Apple Music/iTunes Store will possibly take more time to be activated (about 1 hour delayed).

UPDATED: The Japanese tour agency decided to postpone his fan meeting in Seoul because they don’t have clear prospects on visa waiver program. (August 22) 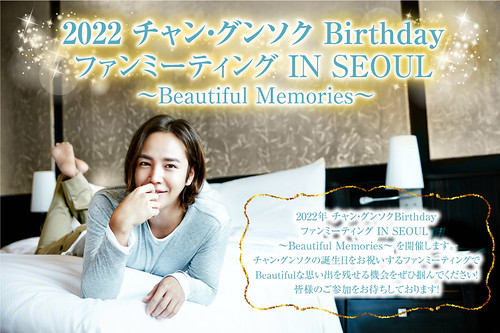 Jang Keun Suk is going to hold ‘2022 Jang Keun Suk Birthday fan meeting in Seoul ~Beautiful Memories~’ for Japanese travelers (or those who are living in Japan). According to the announcement website, the tour is scheduled from September 16th to the 18th, three days and two nights. However, I assume it will not be realized because of the COVID-19 situation in Japan. They say it will be rescheduled unless visa waiver program for Japanese travelers does work again by August 19th. That’s why the details haven’t been announced yet. Currently the number of infections in Japan is increasing day by day, and some report says it’s the highest in the world, so I don’t think Japanese can enter South Korea under visa waiver program soon… 🙁

As you know, Jang Keun Suk’s new single ‘Beautiful’ will be released on August 31st, 2022. Little by little, the details have been revealed, so I will update the some lottery events planned with a serial number enclosed in the CD. Please check the details below.

*Application period:
– From August 30th (Tue) 11:00 through September 7th (Wed) 23:59
– The result will be announced on September 21st (Wed) around 12:00
– The application website: https://ticket-every.jp/frentry/keunsuk_beautiful
– One application for one serial number. If you have more than one serial number, you can apply as many as you have.
– The campaign uses the methods of ‘Frentry’ application drawing system. You need to register your information in advance.
– The prize is not directly delivered to overseas address. It’s delivered automatically to the registered address of ticket board. Please be careful when you apply. You need tenso service if you want to apply. Please check the related past post. [Info] How to order JKS stuff from Koari.net (and other Japanese online shops) 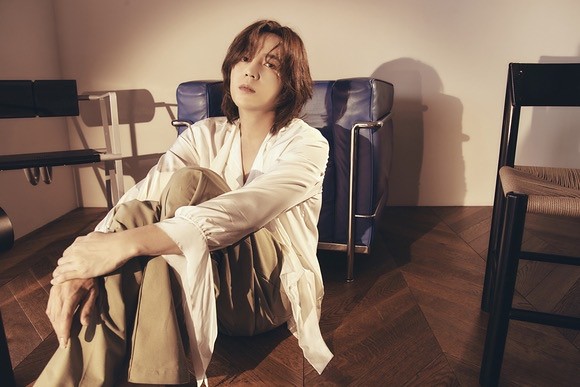 Jang Keun Suk who visited Japan for the first time in about four and a half years and successfully completed his fan meeting held in Tokyo and Osaka, has announced that he will be released his new single ‘Beautiful’ on August 31st (Wed). 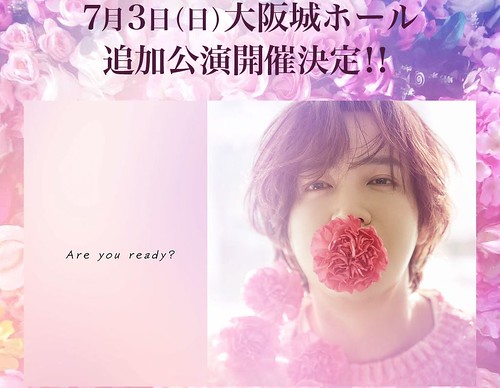 2022 JKS Fan Meeting “We will meet again” finished successfully on June 3 & 4 in Tokyo, and it’s back again! It was announced that the additional stage will be held in Osaka, Japan on July 3rd (Sat). We’re not sure if it’s webcast live again. Let’s wait and see the details. 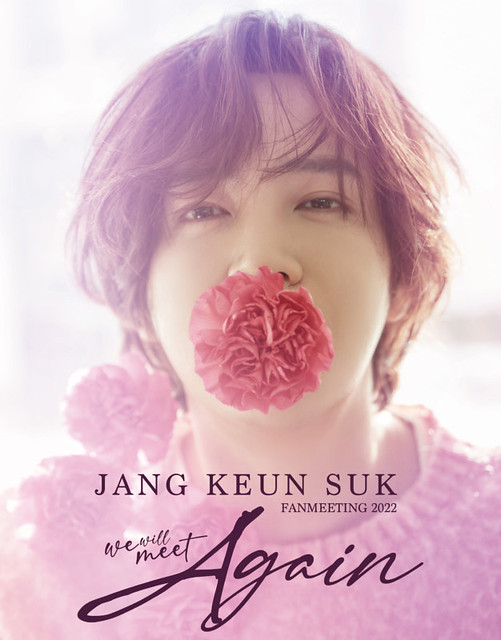 2022 JANG KEUN SUK FAN MEETING “We will meet Again” DVD and PHOTO BOOK SET will be released on October 26th, 2022. You can order it at KOARI online shop.

Finally it was decided that 2022 JANG KEUN SUK FAN MEETING “We will meet Again” will be webcast live on June 3rd (Fri). It was the announcement just the week before, and there is no archive (you need to watch it live), and the webcast is planned for the first day of the two days, but at least, eels who cannot attend the FM have got the chance to spend time together. Please check the details below.

It’s been decided that 2022 JANG KEUN SUK FAN MEETING “We will meet again” will be held on June 3rd(Fri) and 4th(Sat), in Tokyo, for the first time in 4 and a half years. Due to the current situation with coronavirus (COVID-19), it’s still difficult to hold a large-scale event, and we his fans cannot travel freely… so eels are expecting JKS Japan fan club to plan the live webcast over the internet. Let’s wait and see their update 🙂