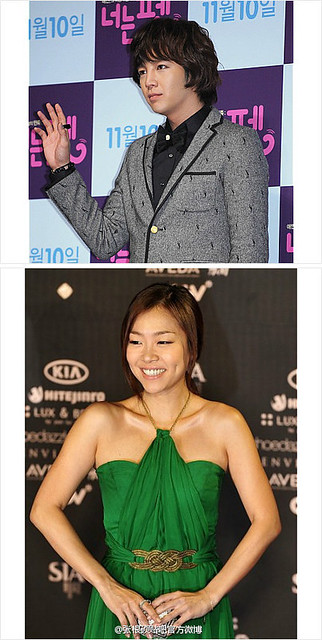 Singer Lena Park and actor Jang Keun Suk have been appointed as the promotional ambassadors for the Nuclear Safety Summit (NSS) to be held in Seoul in March 2012. The NSS committee expressed on 4 Nov that they will officially appoint the ambassadors at the Foreign Affairs Ministry on 10 Nov.

During the preparation period for the NSS, Hallyu star JKS will participate in various promotional activities, and will actively promote the importance of nuclear safety to the young generation. He will also participate in the recording of the “Peace Song”.

Lena Park, having graduated from America’s Colombia University last year with a bachelor’s degree, speaks fluent English and has superb singing skill, thereby gaining the unanimous vote of the committee. At the graduation ceremony, she sang America’s national anthem solo as the student representative, and as the NSS promotional ambassador, she will use Korean and English to sing the NSS “Peace Song” specially produced for Seoul’s Nuclear Safety Summit.

The committee expressed that the image of both ambassadors fulfill the ultimate goal of the NSS – a peaceful and safe future, hence they have decided to appoint the two as ambassadors and hope that both will be more effective in the widespread promotion of the NSS.