Before the translated article, I’d like to explain the negative JKS’ nickname which marred his reputation and artiste career. I understand it but its meaning is a bit harder to translate into concise English (where I feel my lack of vocabulary keenly). If I still translate it wrongly, please feel free to correct me.

I think it means a false outward appearance (or gestures/actions) where one pretends to know more and be more than what one actually is. For lack of a better phrase, I shall term it as “pretentious style” in this translation.

We know the history of his nickname, and the purpose of posting this translation is not for us to keep on throwing eggs at all the people who have caused hurt to JKS before (even if we feel like doing it ^^), but rather, articles like this coming from the Korean media and hopefully reaching more of the Korean general public may have more far-reaching influence and serve as an initial step to change their perspective of our beloved JKS. We cannot expect a total absence of criticisms and misunderstandings, which may still happen where JKS’ unique frankness and confidence clash with Korean society and culture; but what we can do is to continue to show full support for our Prince. 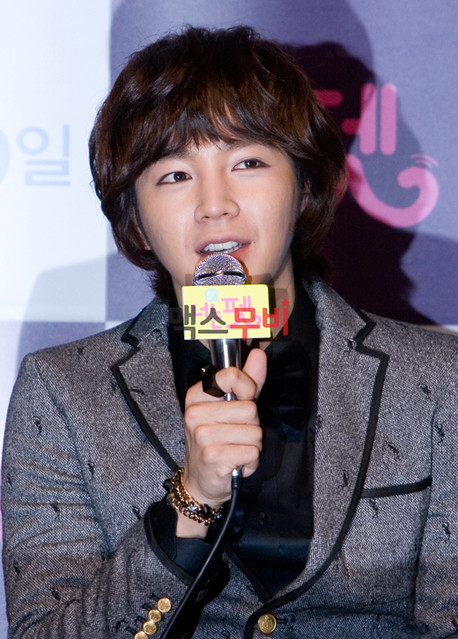 Jang Keun Suk acts as usual without any misgivings. His confidence once labelled as “pretentious” has now become a new embellishment for his ambition to be the Prince of Asia, as said at the 2 November “You’re my Pet” press conference. In the movie, he acts as a promising ballet dancer Kang In-ho who crosses over to become a musical actor.

“Am I an actor, singer or dancer? This is a movie about finding one’s true self. Indeed, the Prince of Asia is not a role that can be assumed casually,” JKS compliments himself. Although it made people laugh, his (offensive) forthrightness and liberal spirit came across strongly.

JKS is always the subject of misunderstanding because of his frank nature, and seemingly often wronged. Yet, there is a reason why people view him through coloured (prejudiced) lenses – JKS’ beauty overshadows his acting skill. Despite having gone through the acting test of various dramas such as “Beethoven Virus”, up to now it has been very hard to eliminate the feeling that his appearance is more outstanding than his acting skill. Another example of natural beauty becoming a disadvantage in acting.

The same goes for his unique sense of confidence. The nickname of “pretention” to JKS is fatal; if without “Golden Fishery”, this label would have remained affixed to him. And in fact, rather than say that JKS has excessive confidence, it is more accurate to say that he is only forthright and frank. Artistes like him are rare; the public is unfamiliar with this, and in turn reacts with irritation to this unfamiliarity, especially in Korea where modesty is a virtue.

Artistes will definitely conceal their private life and true thoughts, because in situations where their speech and actions can be taken against them, they will be hurt. But JKS does not hide anything; he keeps presenting himself, asking for the public’s response, and also thus at his beach guerilla performances at Busan International Film Festival in October. His income from his two guerilla performances is 236,500 won. He directly tweeted the income figure and his subsequent donation. If he is pretentious, he would have lied and reported a higher figure. Jang Keun Suk who performs because of his sense of confidence is what makes him shine in people’s eyes. I feel that even if the income is only a few hundred won, he would also have said it honestly on Twitter.

Jang Keun Suk does not need everyone’s approval for his actions, and his actions are not always appropriate every time. In fact, as an actor JKS had ever been criticized. At that time when JKS was in Japan, he heard the criticism from his senior and he immediately called his senior to apologize. This amply demonstrates his frank and open nature, an example where we can see his future. He is not only a person who knows how to present himself, he also knows how to be tolerant of others. If in the past he was labelled as pretentious for communicating one-way, now he is communicating with fans through the internet platform. This is one of the reasons why people’s feelings towards JKS have improved recently.

Although JKS has started his artiste career since young, he is still a young actor, still learning things that he doesn’t know and developing his career as he moves forward. He has gained a lot of popularity in Asia as a Hallyu star, he says that he “wants to become a world star”. As he has said, the road is still a long one. Hope that he will possess an even more pretentious style than now. Just like what he has achieved so far, seeing JKS turn pretention into reality is a very happy thing. Seeing this process and the path that he has walked is clearly an extraordinary matter of much expectation.