It’s about my business trip last weekend.
Departure from Haneda Airport, Saturday night.
The fare to Seoul is lower than that to my hometown, Kagoshima. So I just packed my things into a tote bag as if I was going to a domestic trip? No… because I had to take some equipment and clothes for this shooting trip. After 2 hours flight, I landed at Gimpo Airport. This is the hotel (JW Marriott Hotel Seoul) where I stayed. 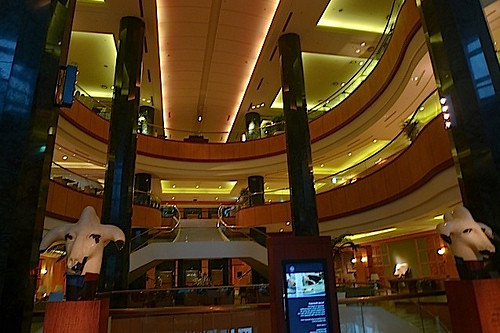 Despite of the dead of night, I had a meal.
To a Samgyetang shop that is open 24 hours a day. 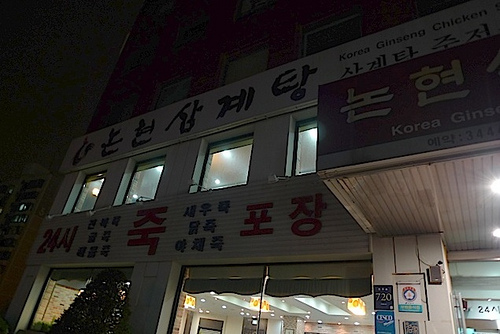 After reaching there under our trip coordinator, I found that it was the exactly same shop I was taken to by Hon, the desiner of “ROLITA” during my last trip! I gave an excuse to myself that eating Samgyetang in the middle of the night is OK because it’s good for our health….
Yummy! 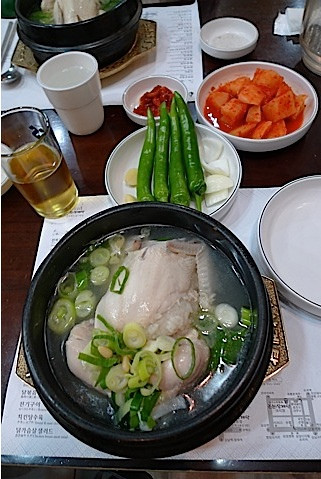 We had a preliminary meeting at our assistant Mr. Kawai’s room used for a wardrobe. 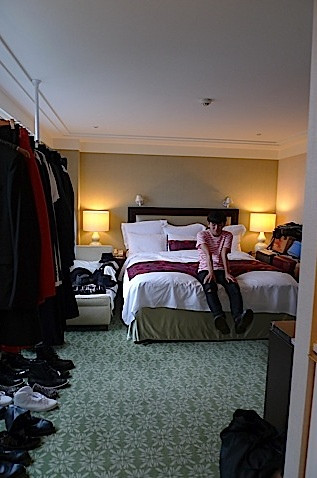 These were today’s clothes. 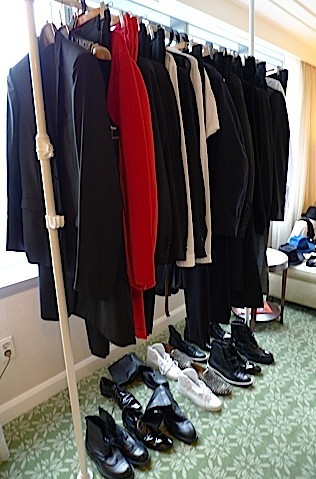 Because of unfortunate heavy rain, the downtown was so crowded that we were exhausted on arrival to this studio. 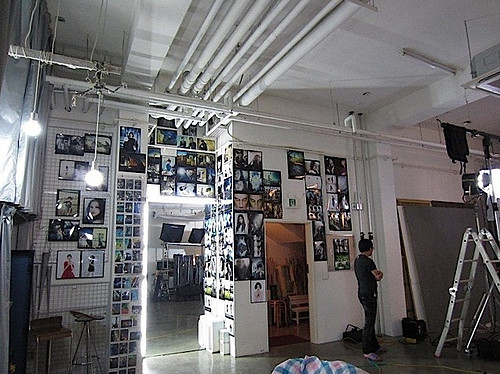 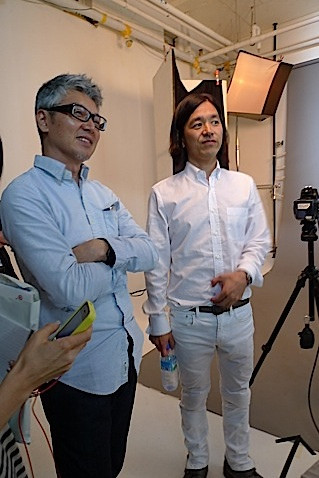 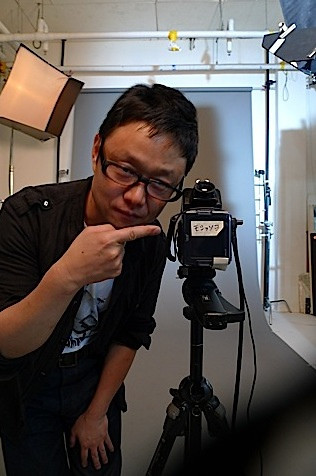 Today’s photographer, Mr. Shin said, “He is so cool.”

Our stylist, Mr. Sukezane and asssitant director, Mr. Fujimura commented like that.
“He look perfect in the clothes.”
“He is so cute.”

Today’s principal is “Keun-chan”, Jang Keun Suk, the man in the news. 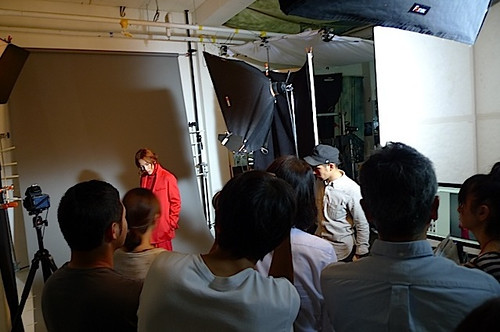 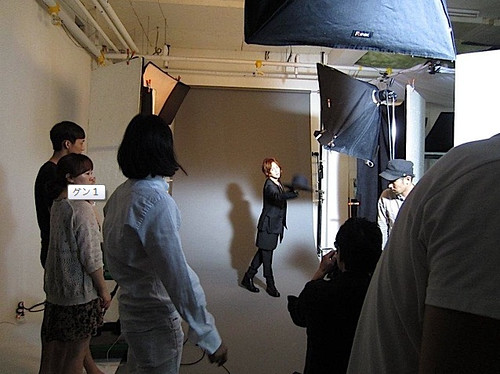 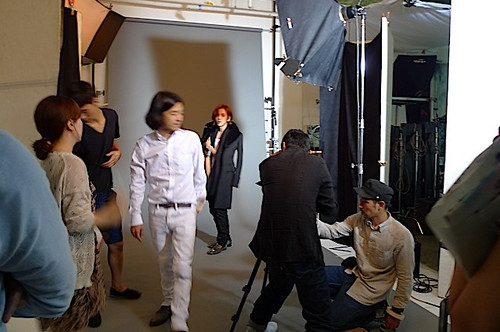 We understand his various charms which can drive girls crazy. In addition to that, he has good fashion sense and outstanding figure, which makes new-fashioned coordinates his own on the first try. He speaks Japanese fluently and he has backbone.

Even through the eyes of men, JKS is a truly cool guy…

What I was so suprised to know that he’s read our magazine, MEN’S NON-NO since he is 13 years old!
Thanks, Sukkie!

This is a commemorative photo with our crews. 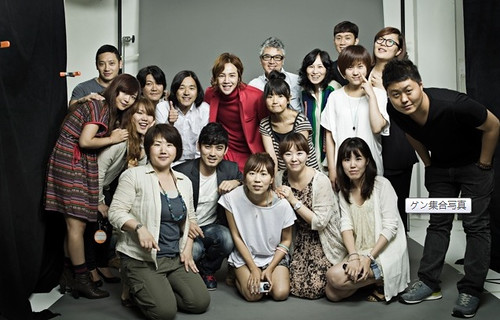 This is a pic of Mr. Sukezane and JKS, wearing his own clothes. 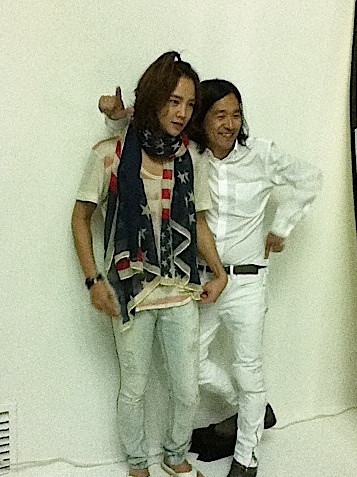 This is a pic autographed by JKS and given to Mr. Sukezane as a present. 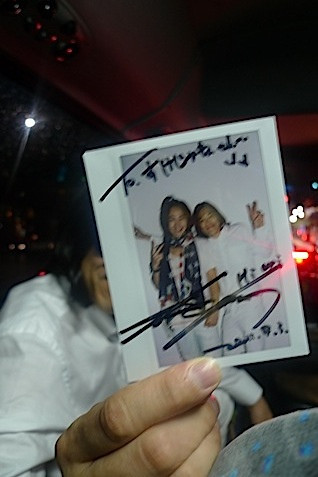 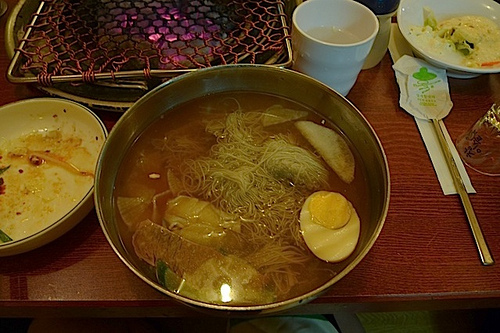 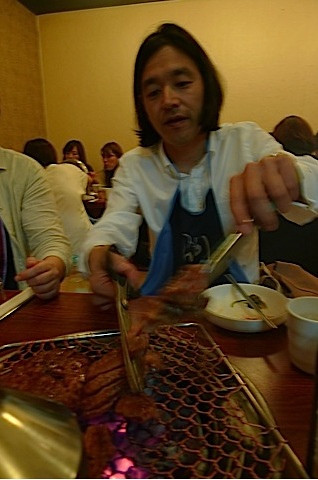 Nevertheless he was so busy shooting YMP and managed to make time for us. He invited us for dinner. How kind he was!
Thanks for your treat, Sukkie!!

He also gave us his autographed CD and his pet, Suni’s doll as a souvenir… 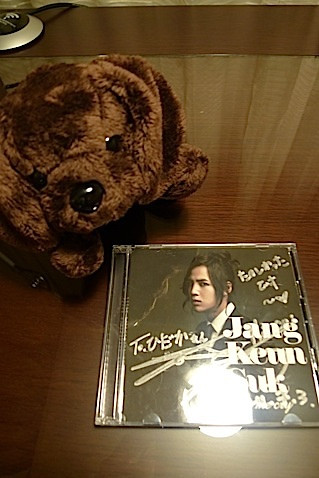 The September number of magazine which he’s on the cover and feature will be issued on 10 August.
I’m sure it’ll really gets to not only girls but boys.