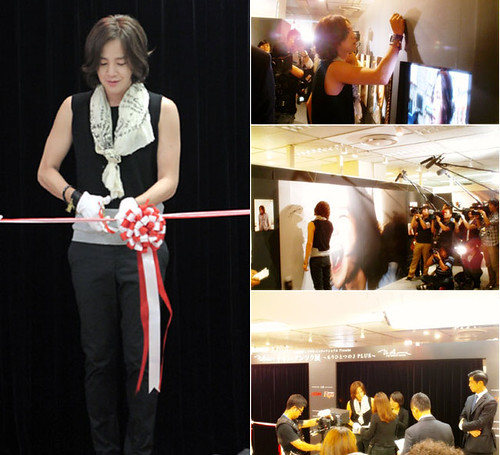 28 June 2011 – Korean actor-cum-singer Jang Keun Suk had his first official photo-book “The Romance JPlus Photograph Collection” press conference on 28 June at Yokohama, and the public sale date starts from 27 July. Besides 500 eels in attendance, there was a record number of more than 400 media reporters attending.

JKS is honoured by the release of his first photo-book. “Rather than exhibiting a handsome or beautiful appearance, the main theme is what I’m like in my private life.”

Before the press conference, JKS visited the photo-book exhibition at Sogo Yokohama. “I wrote many messages there. Please be happy in looking for them, such as ‘You’re permitted to look at only me’!” Being his usual humorous self, JKS blew kisses at fans in between questions, generating lots of screaming.

In response to a request from a TV reporter, JKS performed a “shuffle” dance on the spot (both hands and legs in irregular vibration before coming together), showing his friendly side.

There were nearly 1,000 fans at the airport to welcome him. His sky-rocketing popularity meant that JKS could no longer go out to have a meal or a walk whenever he liked; this has made him feel sad and helpless. “Yesterday I only went for a walk in the park near the hotel, but my sudden action made the staff angry, and the security and staff had to accompany me throughout. The words I hear most often recently are ‘no’, ‘you cannot’; my ears have become painful.” In order to prevent chaos amongst his fans, JKS has to sacrifice his “freedom”.

During the autograph session after the press conference, perhaps to respond to the government’s call to save electricity, the air-conditioning was practically non-existent (highest temperature in Yokohama reached 32 degrees). The two security guards besides JKS helped to fan him, and soon the perspiring JKS removed his white scarf. To the 300 fans, JKS smiled throughout, greeting his fans and thanking them. Halfway through, there was a brief 30-second break where JKS drank some milk, did his “shuffle” dance and stretching exercise, he was absolutely cute every second!

According to fans, JKS signed his autograph entirely in Japanese. A 60 year-old fan said that she felt touched as JKS would write “chan” after her name. “The last time my husband used ‘chan’ after my name is a few decades ago. Today, besides signing his name, JKS also called me ‘xx-chan’, I’m so surprised and happy.”

Another fan in her 20s showed her autograph to reporters. “JKS took the initiative to write ‘kiss you’ on the autograph. He’s so sweet.” JKS used his creativity on the spot to add little personal touches to his autograph for every fan. It truly made fans feel that JKS’ sincerity is something he shows through his actions and not just by talking. No wonder that during the 10 seconds of waiting for his autograph, some eels even helped to fan him.

The most common question the media asked the fans is “What do you think is JKS’ charm?” And the most common answer is, “JKS can be sexy, gentle, innocent, wild. His acting is good and so is his singing. His charms are really countless. The most important thing is, he is only 24 years old. There are so many possibilities in his future.” 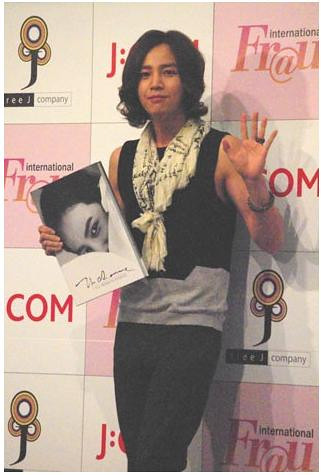 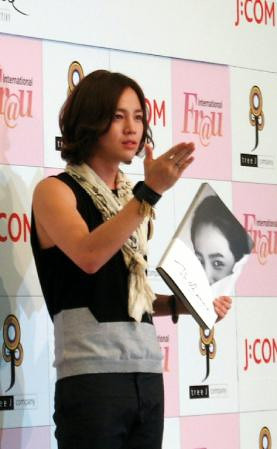 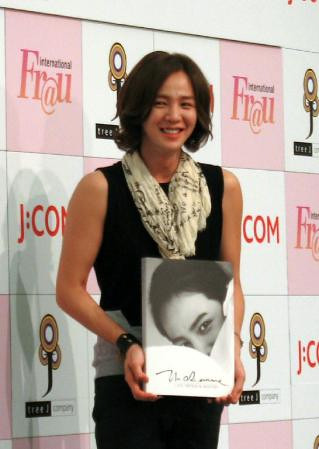 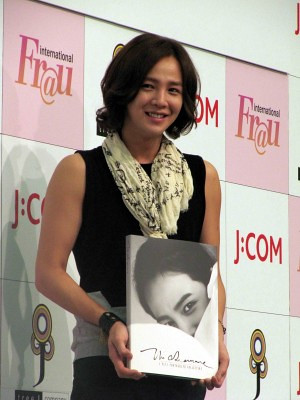 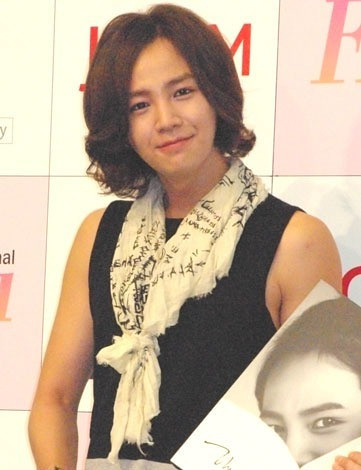 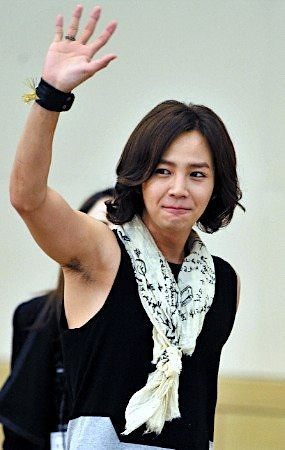 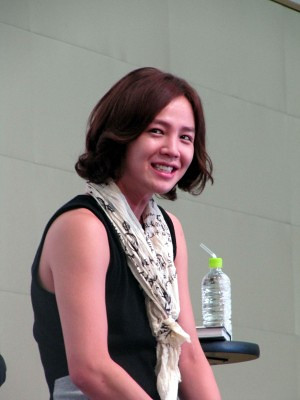