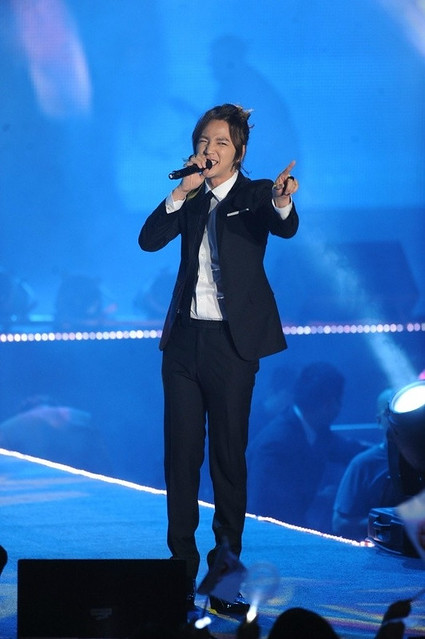 His 3rd time in Taiwan, the contents of his 3 performances were different. At the start, JKS sang his Japanese debut single “Let me cry”, igniting the atmosphere. Besides singing, lucky fans were selected for interaction on stage. Together with classic lines from “Marry me Mary” and “You are Beautiful”, snapshots from JKS’ photo-book were shown, making this performance rich in contents. In consideration of the fans who sat on the second floor, JKS walked around the venue, nearly causing a riot.

There will be 2 consecutive shows at Taipei University Stadium, the second one on 25 June. Besides Taiwanese fans, there were many fans from Japan too. JKS is scheduled to depart Taiwan on 26 June at 1.20 pm via KE 692.