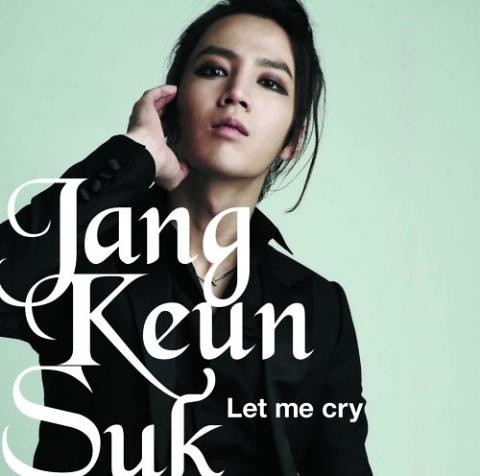 Japan is now clasping JKS in its hands
(i.e. treating him in a cherished manner)

Reputed Japanese magazine “AERA” has a special report entitled “Whether JKS has surpassed Bae Yong-jun”, which analyzes JKS’ high popularity in Japan at a deeper level.

According to the magazine, not only does JKS have fans in their 40s and above who have experienced the earlier Hallyu wave, he also has young fans in their teens and 20s, and seems to have surpassed Bae Yong-jun (BYJ) who has been at the forefront of the Hallyu wave since 2004.

Based on dramas such as “You are Beautiful” (YAB) and “Marry me Mary” (M3) which aired in Japan, JKS has accumulated extremely high popularity, and YAB even set the record of having been broadcast 3 times on Japan television. Already quite well-known from his earlier roles such as “Hwang Jin-yi”, JKS’ frequent activities have resulted in him becoming the most popular new-generation Hallyu star in Japan.

“AERA” thinks that the difference between JKS and BYJ is that in addition to his dramas that have upped his popularity, JKS has also demonstrated his singing prowess as the lead singer in M3.

In fact, JKS is already officially a singer. His debut single “Let me cry” sold 57,000 copies on its first day of sale and rapidly shot up to the top of the Oricon chart, becoming the second solo male singer in 30 years to reach this position.

The magazine also did an analysis of the similarities and differences between JKS and BYJ. Similarities include a smiling face, an appropriate physique management programme, selection of characters and treating their fans like their family. The difference is, the age range of BYJ’s fans is not as wide as JKS. The magazine states, “Although there is a slight connection to age, it is also related to their drama. JKS has acted the role of a singer in his drama, at a time when K-pop is on the rise, thus winning him even more fans.”

JKS’ popularity in Japan has actually surpassed beyond imagination. To use the words of a Hallyu fan in Japan, “Just the name Jang Keun Suk alone is enough to make the items sold out.” And this has happened before when JKS was on the cover model on “AN AN”. Any product, as long as it is connected to the name “Jang Keun Suk”, will become a popular product. The fan also said, “JKS’ popularity in Japan is alarmingly high. Not only is he very well-known, his fans also have a high degree of loyalty towards him. If one has to choose the most popular Korean star in Japan now, the answer that comes to mind is Jang Keun Suk.”

Having been seen as surpassing BYJ, the pioneer of the Hallyu wave, JKS has been given the name of “Keun-yang” (i.e. Master Keun). Now, Japan is watching the progress of his charm.