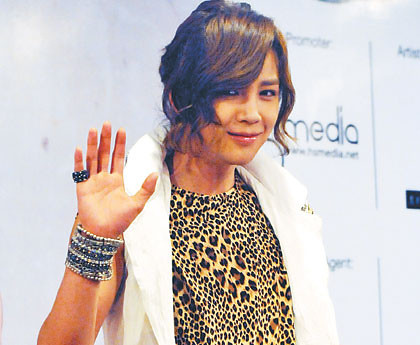 (Kuala Lumpur, 6 June) After the perfect ending of Korean pretty boy Jang Keun Suk’s Cri Show, JKS admitted that after a night of wild partying, he forgot to remove his make-up before sleeping and therefore he was busy with attending to his facial care and as a result, the media waited for one hour before they could meet JKS.

Once at the press conference, JKS apologized to the media and explained that as it was his first performance in Malaysia, he got increasingly excited during the show and after that went to a nightclub to party. It was in the wee hours when he went back to the hotel and he was so tired that he slept when he hit the pillow. As a result, the press conference originally scheduled to start at 3 pm started at 4.10 pm.

About his performance, he said, “I thought not many people would come, but there were many people there. I feel very happy and satisfied!” He said that if fans wait for him, he will come again to Malaysia to perform. “Yesterday’s stage and audience reminded me of my debut in Japan 5 years ago.” 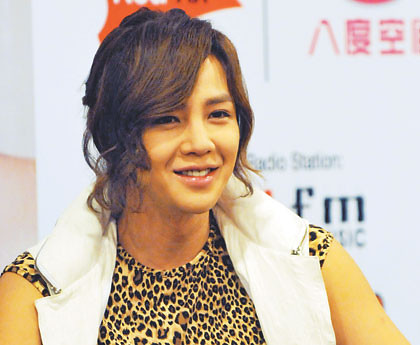 When asked how he balanced his acting and singing identity, JKS said that no matter what he does, he has confidence in himself, belief in himself and has the courage to try new things.

Besides singing Japanese songs, will JKS consider acting in Japanese drama? He answered, “Still in the midst of negotiations, but nothing is confirmed yet. If I take on a Japanese drama, it will be a very big challenge.”

JKS mentioned that he is going to prepare another Japanese music album and hopes to have another performance in Malaysia next year.

Dressed in a sleeveless leopard-print shirt, JKS put on a “cool” countenance throughout the press conference, until the champagne ceremony where he suddenly relaxed and forced his senior management (Jason Jang) to down two glasses of champagne. When a staff was clearing the champagne glasses and accidentally knocked over a glass, JKS bent down and helped the staff to pick up the glass.

As JKS needed to catch his return flight, the press conference ended in a brief 15 minutes. Before the presscon, the media needed to submit all their questions and only 3 questions were selected. 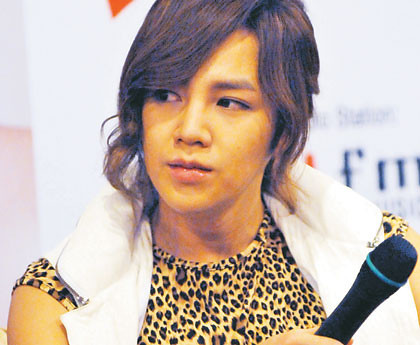 JKS’ character in M3, Kang Mu-gyul, was to be abandoned by female lead Mary and Mu-gyul and his rival Jung-in would bear hatred towards each other. Upon receiving the script, JKS thought, “Isn’t M3 meant to be a romantic comedy?”

Facing this plot development, JKS continuously considered, “How do I act this? Can I do it?” As a result, he decided to revise the script. So he added a comic element into Mu-gyul and Jung-in’s relationship and let them have better interaction. He also came up with a happy ending for the lead characters. The revised script received favourable reviews, not only from the director but also from the actors. The drama team adopted JKS’ script and hence an exciting ending was born.