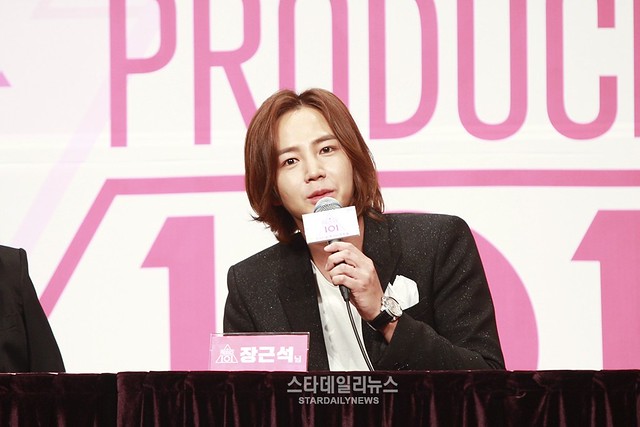 Actor Jang Geun Suk sat down for an interview recently and talked about being in charge of “Produce 101″ and its reality.

When asked why he decided to be the MC, he revealed, “I didn’t want to do it at first so I avoided [the staff members]. They kept on following me for three months. The director of the show was actually the producer of one of my previous shows called “Ex-boyfriend.” So I couldn’t say no. I accepted the offer in the end.”

Here are some questions and answers that were a part of the interview.

“Watching them grow makes you feel fresh, doesn’t it? Those kids didn’t even show half of their charms yet, but I can just tell that they are giving their all to achieve their dreams. They’re adorable from an adult’s standpoint.”

– You know, people say that this show is all scripted.

“There were a lot of talk about that even before this program started. But, as I’ve said before, there is no designated person. I’ve emphasized this since it bothers me, too. It’s a nationwide vote. We can’t rig the votes but the public doesn’t seem to believe that.”

– But people can’t help their suspicions.

“Of course it’s hard to treat every 101 of them equally, but we’ve promised to not kid around with the trainees. We’ve asked the public to look at them innocently. I’ve worried about how to deal with possible controversies, too. We’ve also asked [the staff] to not edit the show manipulatively.”