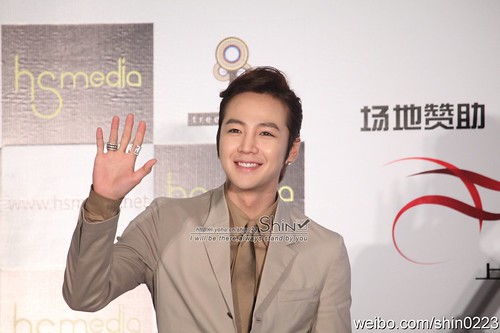 “You are Beautiful” made Korean star Jang Keun Suk popular throughout Asia. Outside of acting, at times seductive and at times cute, he continues to win hearts with his pretty boy image. Two days ago, he was in Shanghai to attend HS Media’s contract-signing press conference and to launch his Asia Tour 2011. The event venue, IFC Mall, was packed with nearly 2000 fans who were there to catch a glimpse of their idol, testament to Jang Keun Suk’s popularity.

The first present he is giving to Chinese fans is the upcoming release of his first single in China and Asia – “Lounge H the 1st”, and on 9 July, he will be back in Shanghai as a singer. Being the norm in showbiz for actors to venture into singing, Jang Keun Suk manages the transition even more smoothly as firstly, he had recorded two songs before while hosting a regular music programme previously, and secondly, attentive fans would have discovered that his roles are often related to singing as the band leader. But when JKS chose to announce in Shanghai the news of his first EP “Lounge H the 1st”, the crowd almost went wild with excitement.

While in China, he used Chinese and even Shanghai-ese sweet sayings to bridge the gap with fans, and reveals that the female Chinese artiste he admires most is Shu Qi. He even asked reporters for the latest update on Shu Qi, and when he learnt that she is rumoured to be romantically linked with Eddie Peng, he pretended to be jealous. 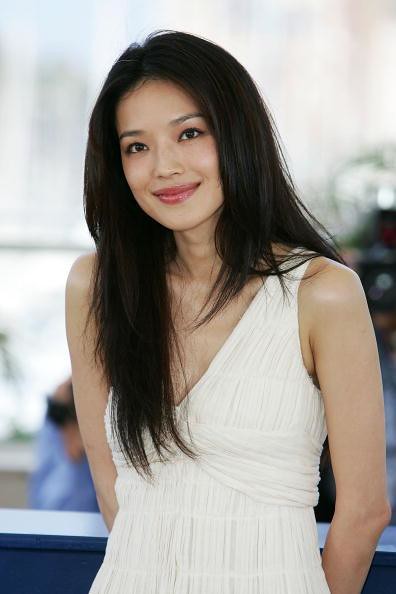 According to Jang Keun Suk, this album contains the essence of the best performances of JKS and his music partner Big Brother. The hit song “Gotta Get Cha”, with its strong melody and rap, creates a contrasting atmosphere of mass appeal and individuality. “Shake it” is a song that surprises the listeners with sharper elements and alternative music. The other two songs in the album are “Run Away” that shows off JKS’ rap part and “Victory” that is full of Big Brother’s distinctive personality.

“This album released in China is different. The album that I released in Japan is of a band style similar to my image in my previous dramas. Within a short time, pre-order sales had exceeded 100,000 – it still has more mass appeal. This album is a special attempt by Big Brother and me to share our music with everyone; this is a gift in reciprocation to Chinese fans.”

Last year, JKS had completed his tour in Asia. The new Asia Tour 2011 will see breakthroughs and differences to last year’s. As to whether he will invite friends from showbiz to perform in his Tour, JKS mentioned two equally popular names in Asia. “If I invite friends from showbiz, it would be Lee Hong-ki of FT Island and Kim Hee-chul of Super Junior. If they can come, I’ll be very happy. A pity they are too expensive. But I am more expensive than them (laughs).”

From opening Sina account in China to saying “I love you” in Shanghai-ese, one sees the importance of the Chinese market to JKS. At the recently concluded 15th Global Chinese Music Awards, Jang Keun Suk won the “Most Influential Korean Artiste” award with an overwhelming vote over Hyun Bin and Kim Hyun Joong, thereby increasing his confidence. JKS said frankly that he hopes to develop his career in China, and especially looks forward to collaborate with good movie and music producers. JKS is not unfamiliar with the Chinese entertainment circle – amongst all the actors, he loves Jackie Chan best and he has seen many major Chinese films.

The topic turned to female artistes and without hesitation, JKS told reporters that his ideal type is the naturally frank, beautiful and sexy Shu Qi. He even asked for her latest updates and when he heard that Shu Qi is rumoured to be romantically linked to Eddie Peng, JKS opened his eyes wide and asked agitatedly “Is it Wilbur Pan?” He also pretended to be jealous, and laughed shyly. Although he was only joking, it stirred the media’s curiosity towards his love life. JKS said that even if he has a girlfriend, he will not make the relationship public. “I will not make public the relationship in order to protect her. I don’t want her to be under so much stress, and it does not bring any benefit to our relationship.” JKS said that he has not been in a relationship all these years as an artiste, and seeing that no one believed him, he laughed.

From the domineering role in “You are Beautiful” to the comic character image in “Marry me Mary”, JKS said the change in image is due to the drama. “I wanted to be closer to the musician character in the comic. The role in my upcoming movie is even more cute. To complement my character, I’m dieting and keeping my hair long.”

To many people, this looks the same – Jang Keun Suk is an idol with a pretty boy image. But JKS denies this. He emphasizes to the reporters that he is not an idol. He did have a vain streak in the past but he’s slowly getting rid of that. His work (acting) is everything to him. We wonder whether this kind of pretty boy will find his position in China?