TEAM H, formed by Jang Keun Suk and his music partner BIG BROTHER, marks their 5th anniversary this year. They are holding a nationwide arena tour in 2014 as well as last year! 2 types of TOUR DVD will be released as a compilation of ‘TEAM H PARTY’ touring 4 cities in Japan. Not only their performance on stages but their behind scenes will be also exclusively included in the DVDs and the tour book. You’ll feel the excitement through them. 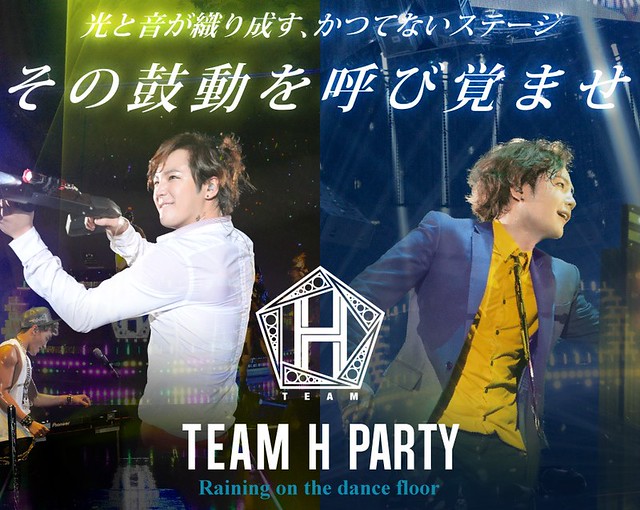 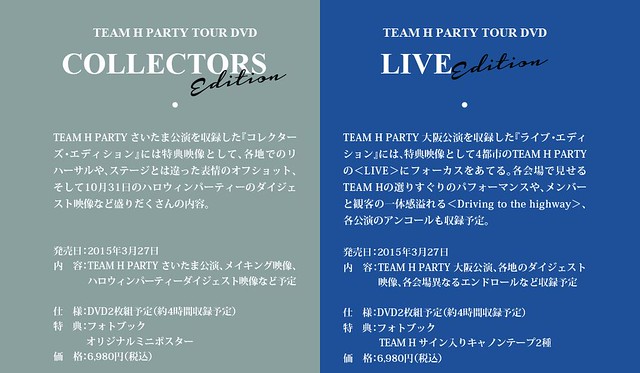 *TEAM H PARTY TOUR DVD COLLECTORS Edition:
TEAM H PARTY Saitama will be included in COLLECTORS Edition.
As the special video, the behind scenes including rehearsals in each city and Halloween Party held on October 31st are scheduled to be in included, too.
Release date: March 27th, 2015
Contents: DVD 2 discs [about 4 hours long], photo book, and original mini poster
Price: 6,980 yen (including tax)

*TEAM H PARTY TOUR DVD LIVE Edition:
TEAM H PARTY Osaka will be included in LIVE Edition. This edition focuses on their performance on stages.
As the special video, the compilation of their best performance in each city, ‘Driving to the highway’ synchronized performance with the audience, encores in each city are scheduled to be in included, too.
Release date: March 27th, 2015
Contents: DVD 2 discs [about 4 hours long], photo book, and TEAM H cannon tape (maybe it means the tape falls from the ceiling during the show.)
Price: 6,980 yen (including tax) 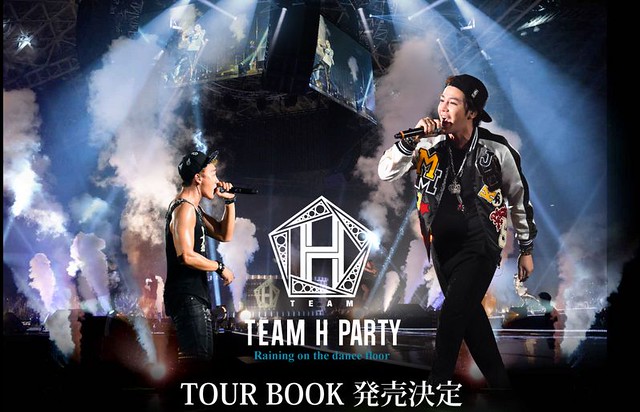 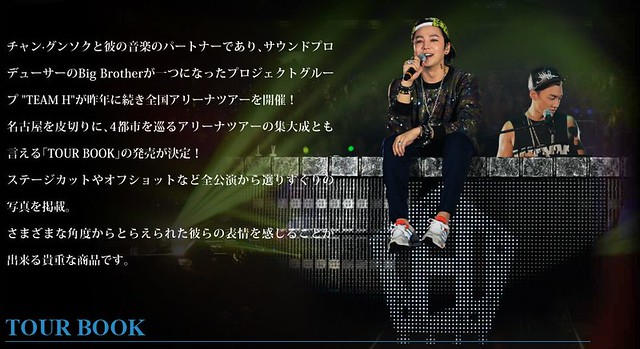 *TEAM H PARTY TOUR BOOK
Release date: January 24th, 2015
Feature: A4 size, 28 pages
Bonus: tour leaflet
Price: 2,160 yen (including tax)
—
tenshi_akuma’s note: They will be released next year, so any other online shops have not started to accept the pre-order yet. As always, there will be no English subtitles in DVDs, but during TEAM H PARTY, there are little talk session, so you’ll enjoy feeling the party performance.