I wish to bring my script when I am in my coffin. Born in 1987, debuted over 20 years, Jang Keun Suk described his dream in an interview with Time Network. 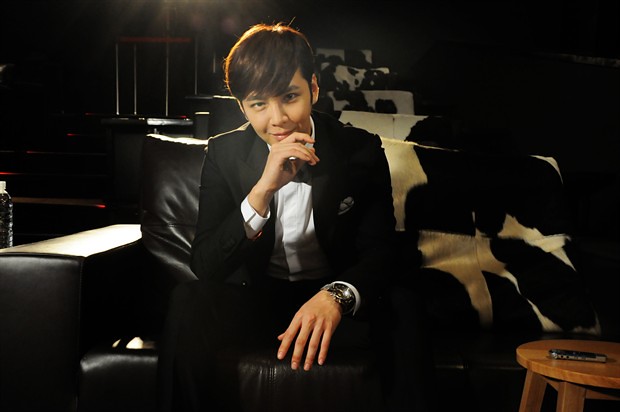 2014 Korean Film Festival opened on the 27th August in Beijing. As the ambassador of this festival, Korean actor Jang Keun Suk was in Beijing for Time Network interview. It was a change from a beautiful long hair, sexy man in the drama “You’re Beautiful” to this refreshing short hair, charming man in an all black suit that was simple yet dignified.
Starred in 7 movies and won the Best New Actor Award in BaekSang Arts Award for “Happy Life” (2007), Jang Keun Suk said he came for this exchange to introduce Korean films to Chinese audience, learn more about Chinese films and expressed his willingness to cooperate and work with Chinese film-makers.
And talking about his dreams, the born in 1987, he debuted 20 over years ago, Jang Keun Suk bluntly said “I want to bring my script with me when I am in my coffin” and he wants “a Jang Keun Suk in 10 years time as his own idol.”

“I CHERISH EVERY OPPORTUNITY IN MOVIES”
After romantic comedy “You’re My Pet” in 2011, JKS has only “Love Rain” and “Beautiful Man” these two TV works for the audience. Three years without any new movie, he told reporters, “I do not deliberately distinguish between drama and film, I pay more attention to role. As for movie role, it is more impact and powerful, so I have all along been very selective in the movie I choose because I cherish every acting opportunity in a movie.” 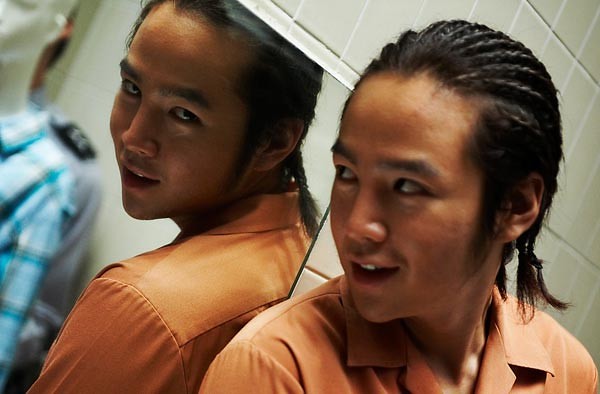 Jang Keun Suk played a murderer in “The Case of the Itaewon Homicide”
He talked about his role in the big screen. The “murderer” in “The Case of the Itaewon Homicide” was a role he remembers vividly. Through this 2009 movie, JKS’s transformation from a sunny character to a “bad boy” role has impressed audience. In retrospect, JKS is not without gratitude to this role. He said, ” The Case of the Itaewon Homicide” has changed people perception of me, when previously a lot of people think of me as a handsome Flower Boy, because of this role, I receive the recognition of been an actor for the first time.”
It seems like he wants to change public perception of him as a handsome “Flower Boy”, and to prove his ability in acting, JKS shows his preference for villain. “Everyone thinks I am a handsome flower-boy, but with this face, i hope to interpret some unexpected role. This is meaningful and the reason why I choose to be an actor, role such as murderer, psycho-pervert or mental patient, I wanted to challenge all. ”

“YOU ARE BEAUTIFUL HWANG TAE KYUNG AND I ARE ALIKE”
In the movie “Happy Life”, Jang Keun Suk played a lead singer with other veteran actors like Kim Yoon-Seok and showing his singing talent. JKS talked about “my first time feeling this great power of film, it allows me to see a new world of music.” 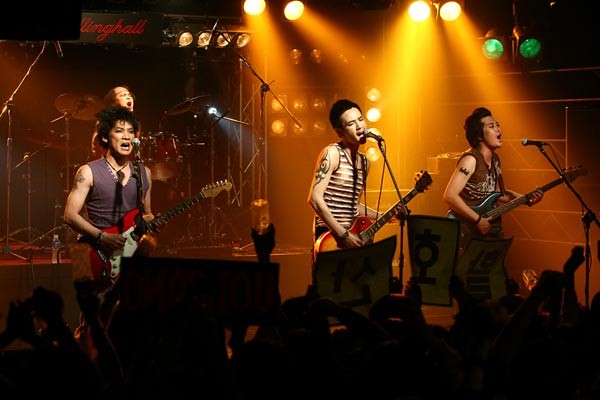 In 2011, Jang Keun Suk released his debut solo album, “Let Me Cry” in Japan which was ranked Top in the ORICON chart . Since then, Jang Keun Suk’s music career has been spiraling upwards favorably. At the same time of been this year Festival’s ambassador, his Asia Tour 2014 is also underway.

JKS enjoys his dual identities as “singer” and “actor”. He said, “Jang Keun Suk singing on stage and JKS acting in front of the camera are two completely different people. JKS in front of the camera, is acting the role of the script. Jang Keun Suk on stage is the real Jang Keun Suk , each exudes different charm. “He is able to express himself while singing onstage, whereas performing gave him more of a sense of responsibility and sense of accomplishment. “As an actor, I feel more responsibility using my acting to resonance with the audience, to give emotional purification, this makes me feel very rewarding.”

In the drama “You’re Beautiful”, Jang Keun Suk acted as a popular Korean lead singer in a band. With his singing and acting abilities, his role as Hwang Tae Kyung makes him famous in Asia. In China and Japan he attracts a large number of fans. Jang Kang Suk said bluntly, Hwang Tae Kyung in ” You’re Beautiful” and I are alike. “It was very comfortable to play him as I am also one who is very strict and have high expectation of myself.”

“SHORT HAIR, A DIFFERENT ME”
In recent years, whether in his work or public activities, he wore his hair long and finally has cut his hair. As for the reporter’s question which hairstyle he prefers, he said “I didn’t find long hair inconvenient, rather it was comfortable and I could comb it up. After cutting my hair for (Beautiful Man), I see myself in a new light. As an actor, I am constantly creating new personality, cutting my long hair of several years, allow me to see another me, I feel pretty good.” 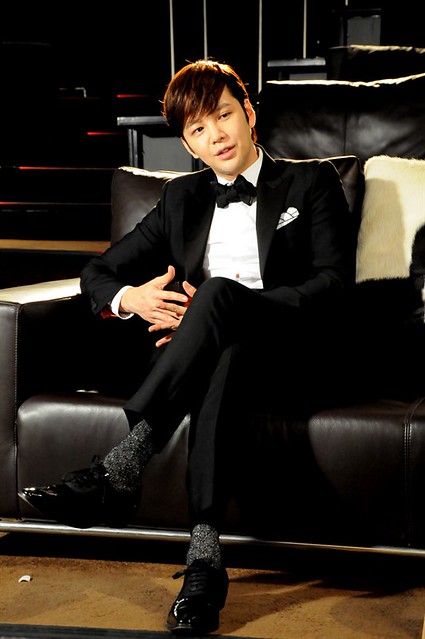 While talking about his usual daily life, Jang Keun Suk talked of his love for cooking, he would go to the supermarket and follow his own ideas to cook dishes and never according to cookery book. “Compared to the ability to whip up good dishes, I prefer the cooking process, consider this my greatest hobby.”

Jang Keun Suk also revealed that his favorite movie is the recent “The Grand Budapest Hotel”. Black comedy is his favorite movie genre, if there is a chance he wants to try this kind of movie. As for Korean movie, “A Moment To Remember” is one that caused him to shed the most tears. “I remember crying in the theatre, although it’s very sad, the film gives you a warm feeling in the end, I like movie that touches people.” On the issue of Chinese movies, Jang Keun Suk has a soft spot for action movies. “When I was young, I have seen a lot of Chinese films, gangster films, action films. If I have the opportunity to come to China to film, I like to act in movie by director Chen Kaige.”

tenshi_akuma’s note: Here’s the official trailer of The Grand Budapest Hotel, and A Moment To Remember.

“I WANT TO BRING MY SCRIPT INTO MY COFFIN”
Towards the end of the interview, the reporter asked, “of his future dream,” Jang Keun Suk thought for a moment and said, “I want to be able to bring my script into the coffin, thinking of my last work, studied my last role, which for me is the biggest dream.”

As for his own idol, JKS replied “none” but he hopes it will be “myself in 10-years time”.

15 thoughts on “[article] “I WISH TO BRING MY SCRIPTS WHEN I AM IN MY COFFIN” Interview with South Korean Film Festival’s Ambassador, Jang Keun Suk”