UPDATE: His response about ‘Ice Bucket Challenge’ and my personal thought

0:10
Jaejoong: Actor Jang. I ask you to join this, too.
JKS: Wake not a sleeping lion.. The countdown starts. 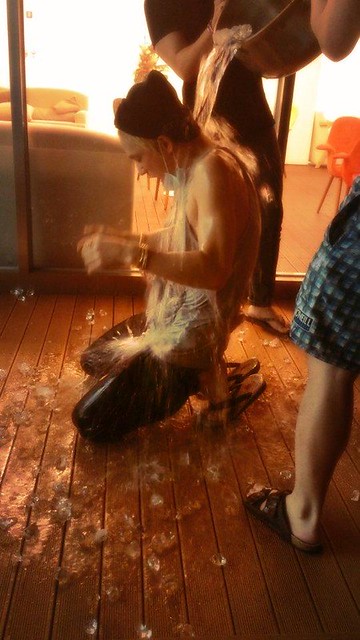 tenshi_akuma’s note: What Kim Jaejoong did was ‘The Ice Bucket Challenge’. The Ice Bucket Challenge, sometimes called the ALS Ice Bucket Challenge, is an activity involving dumping a bucket of ice water on one’s head or donating to the ALS Association in the United States. It went viral throughout social media during the Northern-Hemisphere summer of 2014 and it has spread all over the world now. You can see the detail from ALS Association website. The challenge involves people getting doused with buckets of ice water on video, posting that video to social media, then nominating others to do the same, all in an effort to raise ALS awareness. Those who refuse to take the challenge are asked to make a donation to the ALS charity of their choice. Usually the participants nominate 3 people after they join this campaign. Jang Keun Suk was already nominated by Taiwanese artist, Kris (I don’t know if they are close or not). Jaejoong officially nominated other 3 Korean artists, but he personally asked Suk to join this!!!! For Suk, it was his beloved Jaejoong who nominated him to join this campaign, not Taiwanese artist. That means it must be almost impossible to reject his offer..? So what will happen in 24 hours? 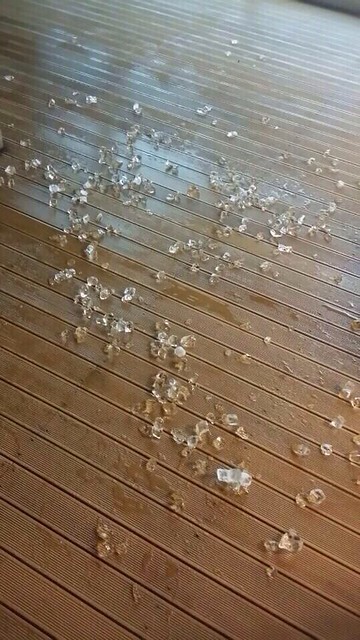 미안. 대신 기부할게 ㅠㅠ
—
tenshi_akuma’s personal thought: To be honest, when I knew he didn’t pour icy water over his head, I felt relieved. But, at the same time, I felt sorry that eels made him to say sorry… *sigh The purpose of this ‘Ice Bucket Challenge’ is to raise ALS (Amyotrophic Lateral Sclerosis) awareness. In this sense, I’m sure this campaign is very very successful. But personally I’m afraid that this might be a temporary awareness. I bet we will remember this ‘Ice Bucket Challenge’ event for a long time, but how about the understanding of this disease? Thanks to a creative originator of this campaign, we have come to know ALS and their symptoms to some extent. But we shouldn’t leave it just as one of summer memories in 2014. I know many eels, even including CRI-J staff were looking forward to his participation, pouring icy water over his head. But he decided not to do it. Were you disappointed? I hope you’ll respect his decision and understand the original purpose of this campaign.

Let me share my personal thoughts more here. Well, I’ve just followed this campaign very recently, so I’m afraid there might have been more artists who showed their original way to support this campaign, but I’d like to share some here. One is Actor Kaneshiro Takeshi (金城武). He wanted to make this awareness longer, not as just a fad. And he also showed his concerns to all people who’s suffering. He didn’t nominate any. He said “It’s not necessary to challenge. Voluntary love and support to the society is more important.” You can see his challenge from here. The other is 2PM Nichkhun. He tweeted as follows. “It’s important to save lives but it’s also important to save water. Sorry to disappoint you all. I will donate for a good cause instead.” He also apologized to those who expected him to do the challenge… Why they need to apologize? This campaign sounded a bit compulsion to them? If so, it’s a pity… Using icy water, we can feel how our muscle becomes atrophic even for a short time. Pouring it over our head might be easy to understand the situation, but I think just soaking our hand or foot into icy water works well. Even seeing the mark of pouring icy water works, I suppose. As you know, Jang Keun Suk is a great actor. He’s really good at identifying with others. Even though he didn’t pour icy water over his head, I think he already felt the ALS patients’ symptoms. I think it’s more important and meaningful than just one challenge. Well, I admit it’s not a good example, but I will use it here. Do you know umeboshi (Japanese pickled plum)? Once you eat, you’ll know how sour it is. For Japanese, just seeing umeboshi makes us excessively salivate. It’s a kind of Pavlov’s conditioned reflex. So when we see or touch icy water from now, even we haven’t experienced pouring it over our head, we can remember ALS people. Not forgetting ALS and patients of other diseases is more important. What we can do for making the world better? I’m grateful to have such a chance to think it over through this ‘Ice Bucket Campaign’. Thank you all. I love you.