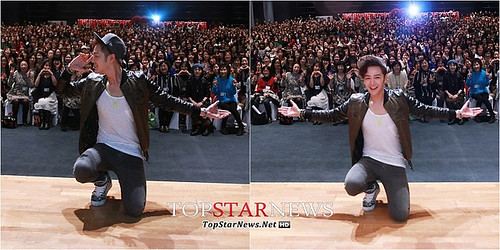 On Nov 20, Jang Keun Suk watched KBS TV2 “Beautiful Man” premiere at Grand Hyatt with 1200 fans came from Korea, Japan and Chinese. This fan meeting is a special day for Jang Keun Suk who comes back to the small screen. He planned this event to spend the special moment with fans.

Especially, at the beginning, the event was only planned for Korean and Japanese fans, but he thought of Chinese fans and asked to add Chinese fans come to the event too, which shows his strong love to his fans.

On the day, he watched premiere with fans and answered their questions, took group pictures with them. The event gave fans unforgettable memories. Not only that, he also prepared some gifts and roses for fans as surprise. The atmosphere at site was really warm. 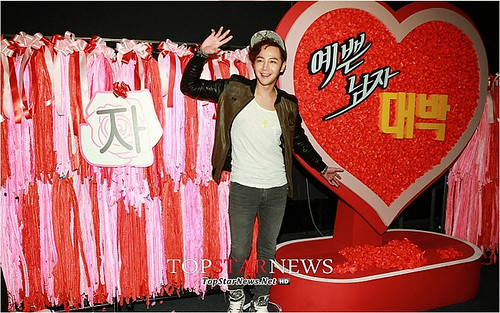 For fans from China and Japan, in order to help them understand the drama they put special subbed version. These little things have given the fans unforgettable memories. Fans’ eyes were hooked to the screen, each scene change caused them emotions, and they laughed and cried with his feeling line in the drama. From beginning to the end they gave the high praise to “Beautiful Man”.

Before the showing, Jang Keun Suk told eels:” This is the first time I watch premiere with eels and friends, very excited, I am even shaking. From now on, please watch actor Jang Keun Suk’s performance through his growing with the role.

After showing he said: ”In the future I will work hard in Korea, Japan and China through out Asia, I want to be actor Jang for the whole world.” He revealed his ambitions and gained loud cheers from all the eels on site.

Also, in the 1st episode of “Beautiful Man”, Jang Keun Suk perfectly digested role, he is sexy, affectionate which gained good review. Expectation has become higher and higher for the “Beautiful Man.” The second episode will be showed on tonight. Please remember to watch.