Jang Keun-suk is emerging as the world’s prince as well as Asia’s prince by opening new chapters in the history of pop culture. Creating a new landscape for the performance culture at the center of the Korean Wave, Jang Keun-suk proved himself as a trend-setter once again.
Jang Keun-suk has fascinated the world through the Arena Tour that he planned for himself and the DJing show of the project group ‘Team-H’. This time, he launched a special tour called ‘ZIKZIN LIVE TOUR in ZEPP’, which took place at 7:00 pm on October 2, 2013, in Zepp, Fukuoka. Finally, ‘ZIKZIN’ has taken off as his signature brand.
‘ZIKZIN LIVE TOUR in ZEPP’ was a small tour consisting 100% live shows played by a band. It is said that fans showed passionate responses for the small concert with only over 2,000 seats upon the release of the news reports on the show.
ZIKZIN TOUR kicked off on October 2,3, 4 in Fukuoka and moved to Sapporo on 18 and 19. It is set to go to Tokyo on Dec 10,11,12, and Nagoya on Jan 8,9,10. A total of 14 shows are scheduled to be held in five Japanese cities.
Jang Keun-suk, who has proved himself as the best artist by performing at big stages such as Tokyo Dome and Summer Sonic Festival, always said that he wants to put up a stage that he can enjoy together with fans in a close distance. The ‘fan fool’ Jang Keun-suk made his dream come true. 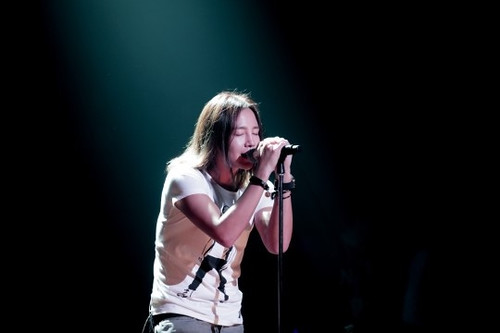 Jang Keun-suk is rehearsing with a live band before the show. He said that he was more excited than ever to perform in a small live theatre instead of big concert halls. The theme of the show is the natural Jang Keun-suk. He looks very natural in the rehearsal, too. 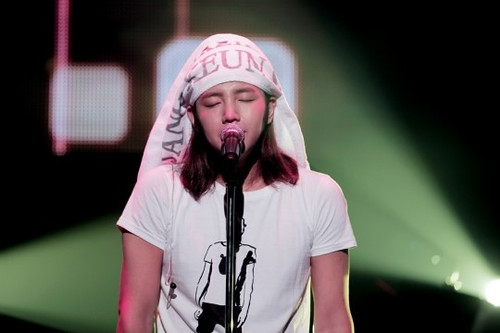 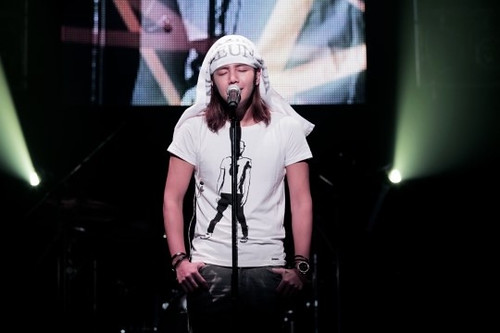 Jang Keun-suk is focused on the rehearsal with a band where his name is written. He was so professional in the rehearsal that it was like the show already started. 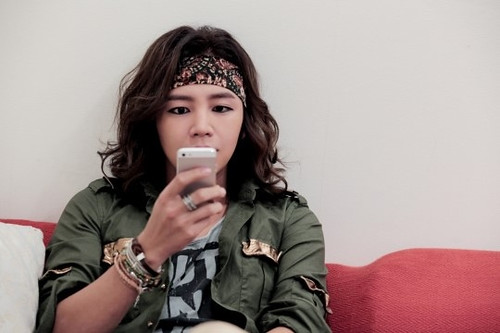 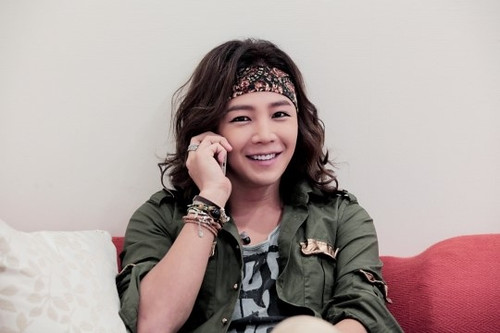 When fans began to enter, STARCAST visited Jang Keun-suk’s waiting room. He looks relaxed probably because he was going to have a concert where he can closely interact with audience instead of a concert of a massive scale that he had been used to. When asked how he felt, he unexpected said that he was more nervous than ever. He said that he was even more nervous to see audience too close to him. 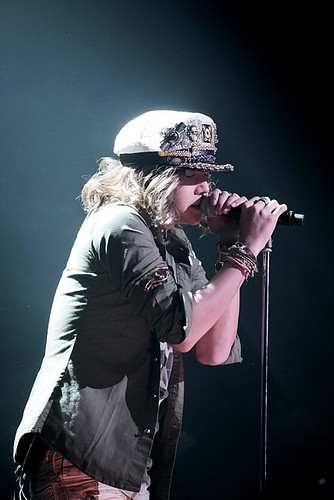 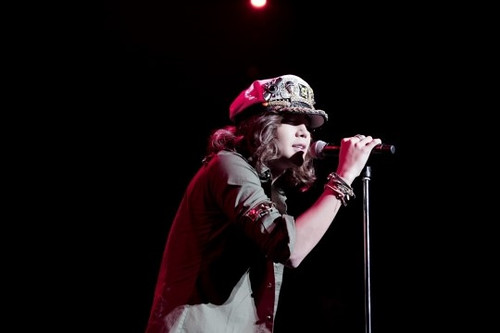 The show started. Where is the nervous Jang Keun-suk? As soon as he showed up, fans went wild enough to shake the entire Zepp. Fans yelled out explosive shouts, seeing him performing live right before them. The show with the opening song ‘Take Care, My Bus!’ drew enthusiastic cheers in a perfect harmony with the band. The artist, who had released a single album and two official albums in Japan and had countless concerts, showed off his excellent signing ability.
For the show, all of the 18 songs were those of Jang Keun-suk. The live show immediately captivated the ears and eyes of audience with his newly-arranged songs containing ZIKZIN TOUR’s own feel. 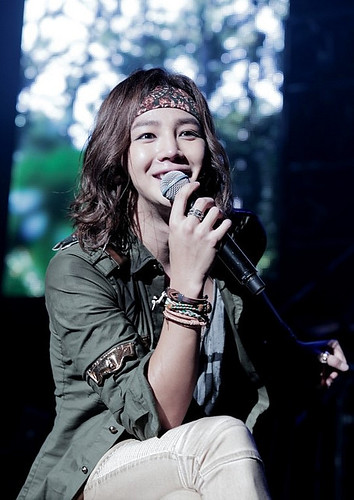 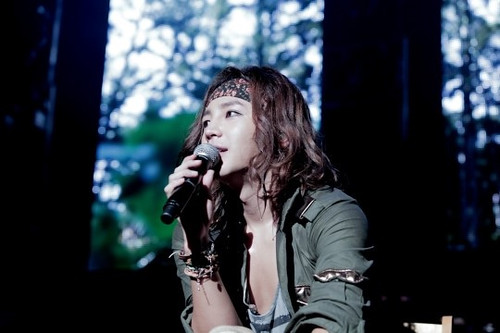 Jang Keun-suk talked with audience from time to time during the show. It was meaningful that the audience members could communicate with him in this small concert. Most of all, he could interact with his fans for two hours as a person, not just as an actor or an artist.
Particularly, Jang Keun-suk remembered when he had come to Fukuoka for a small fan meeting. He said that the phrase, “Jang Keun-suk, I love you,” was written by his fans on the beach before his hotel room. He joked that he looked out this time again to see if the phrase was written again, but there was nothing. After his comment was spread to his fans, the messages of love toward Jang Keun-suk flooded in from around the world on the internet as well as on the beach. 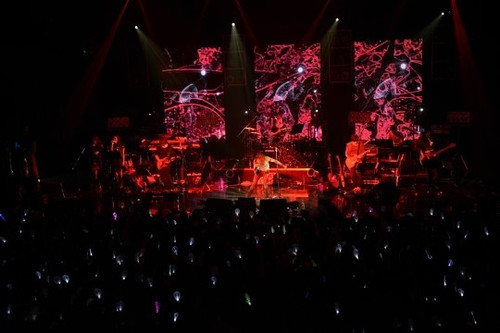 The stage and the audience seats are really close. In addition, the show was 100% live. It felt like the space was full of energy. Jang Keun-suk showed great presence on stage by performing ‘Indian Summer’, ‘Nature Boy’, ’Rain’, and ‘I Will Promise You’. 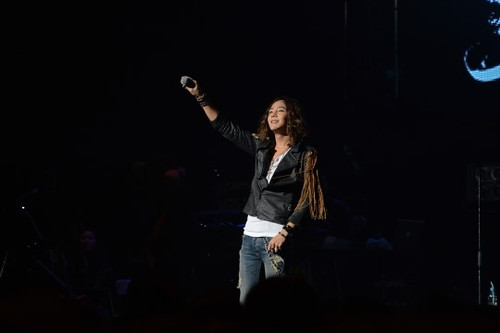 How did he feel after the show? He said, “I showed myself as it is in this show. Every time the show is over, I review myself on a monitor. This time, I saw my face that I have never seen before. I think that I really enjoyed music on stage without thinking about anything. I realized what it is to feel alive on stage.” 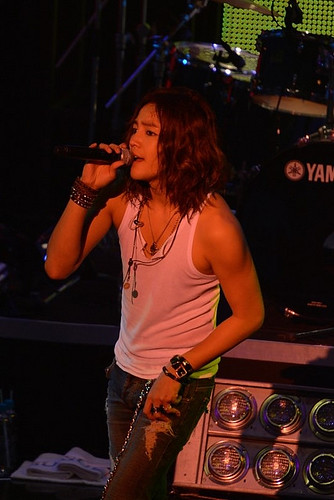 Jang Keun-suk participated in the overall planning of everything for his show including stage, music, costume, and video. He was complimented for his relentless passion and infinite energy, which has driven him to be the ever-lasting Jang-sation.

Jang Keun-suk is singing the acoustic version of ‘Rain’ included in his first official album. The delicate band playing and his appealing voice was a perfect combination. He moved the audience with a feel different from that of the original song. His pursuit of change is the charm that fascinates his fans.
Jang Keun-suk is cementing his position as a cultural brand through Shibuya’s ZIKZIN Shop, the massive expo ’ZIKZIN Festival’, and the latest ’ZIKZIN Tour’. He is continuously ahead with no limit for his goals. We look forward to how Jang Keun-suk will advance into the future with ‘ZIKZIN’ containing his life motto of moving ahead straight.
Written and photographed by Tree J Company