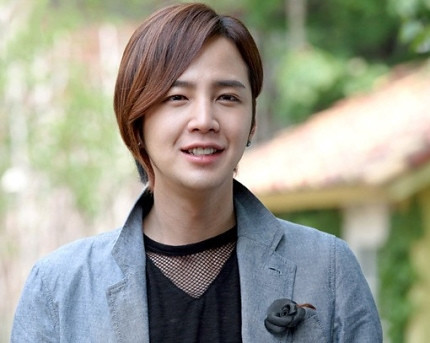 Jang Keun Suk will play in KBS2 TV November Drama “Beautiful Man” to outbreak his fashion strength which he accumulated from years.

Beautiful Man is a story about a man who has ultimate beauty and innate sense of stealing women’s hearts. Jang Keun Suk will play Dokgo Mate who is a man “prettier than women”.

Early on in June, the production has decided to use Jang Keun Suk acting in the drama, since then Jang Keun Suk has got into preparation for the role such as weight management etc.. Now Kim Hyun Joon’s drama “Thrilled Ara” has been postponed to next January, this made “Beautiful Man” schedule moving ahead and also the preparation work accelerated too.

Jang Keun Suk usually is a star with venturous fashion style and famous in entertainment fashion world. He has met the stylist, costume director and hairstylist to exchange the opinions and has discussed about the Dokgo Mate’s clothes, accessories etc.. They want to keep the Dokgo Mate’s character as in the original cartoon book but also will create Jang Keun Suk’s own style for it.

Fans of Jang Keun Suk and original manga book has compared the Jang Keun Suk’s photos with the character in the manga. This has drawn huge expectation. And the thing is that Jang Keun Suk will play a character which has very similar physical appearance as himself, how he will act in the drama, viewers are looking forward to it.

Also check this link from the same source: www.hancinema.net