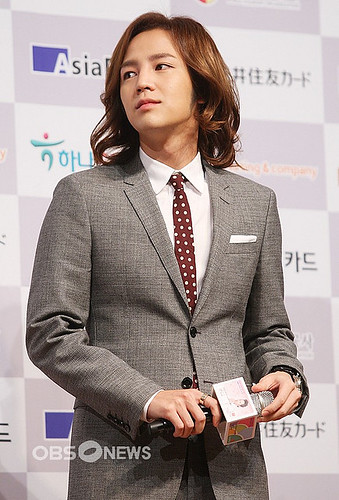 Jang Keun Suk’s agent company recently told OBS News through a phone interview:”Jang Keun Suk is thinking hard and trying to make a decision on what kind of role he will play on his next acting work in TV drama/Movie. People should be able to know it for not long.”

In fact, Since Jang Keun Suk’s high popularity in Japan, China and other Asian countries, many drama/movie favor him. His agent company said that he did get some acting role proposals. Now they are in the progress of deciding to do which one.

And after the car accident. On April 08, Jang Keun Suk posted on twitter that he went to hospital. Fans are worried about him. For that, his agent company said: That day he just went to hospital because of a cold.”