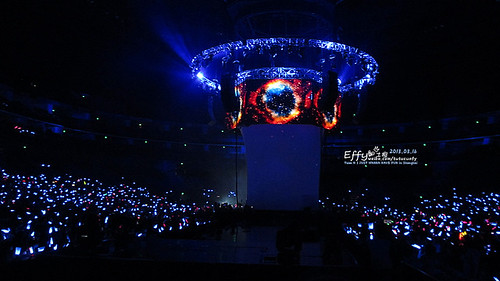 1st day – March 15- Reached Intercontinental Expo Hotel in the morning and met Anita in the afternoon. Did nothing in the hotel room besides sleeping and surfing for Sukkie news. Met the rest of the ECI sis in the evening for dinner at Super Brand Mall. Had a sumptuous dinner and most importantly had a great chat with all the sis revolving only Sukkie.

2nd day – March 16 – Went down with Hazel and Anita to the photo taking session venue. We saw familiar faces and started to chat. The security staff kept telling us to go outside as there is no chance for us to see him inside the hotel. However we just bet on our luck and true enough, lady luck was not with us. We saw groups of lucky eels coming out from the room batch by batch and realized the photo taking was arranged in batches.

After the photo taking session, we decided to try our luck again by going up to 28th floor. (Thanks to the waiter who told us that he was staying at the top level). The door opened when the lift stop at 28th floor and we saw a tall security guard looking at us sternly and asked ‘’where are you going’’. There was a moment of silence until Anita was quick to response that we are going down.. When going back to our respective rooms, I tried my luck again by going up through the staircase. On the way up, I saw a group of Chinese eels having the same purpose as me kkk. Upon reaching level 28, we peeped through the door and saw a few security guards outside the room. (Gosh, how many security guards are protecting Sukkie?) Unfortunately, we got spotted and we saw a guard coming our way. Out of panic, we run for our lives and a Chinese eel slipped and fell. She hurt her back badly. (I feel sorry for her and hope she is fine now)

After several failed attempts, we went for our lunch followed by high tea with the sis. Some sis just came back from the arena after queuing for hours to purchase the merchandise. After rounds of laughter at the high tea session, finally we proceed to the Arena – Our first Team H Party !!!!

As usual, our never-fail-rain-bringer showed his power again. It was raining and the weather was cold and windy. After we got into the venue, we started to take photos, capturing the moment of history.

The show started around 1945. This is the moment!! The show started with ‘I just wanna have fun’, follow by ‘What is your name’. The top that Sukkie wore really made us scream at the top of our voice. Red pants and a flowery jacket …. And he did not button up at all. We could see his silky smooth and fair chest and cute chikubi smilling at us kkk. He had tattoos on different parts of his body. But our eyes can only focus on the tattoo around his lower waist.

He started throwing chocolates to the audience, followed by red balls. The funniest part is he rubbed the red ball against his chikubi and licked it with that killer seducing look before throwing it to the eels (I guess the luckiest eel who got his licked red ball must be licking it all over)

Next, he held a big flag with the words ‘I love Shanghai’ and waved it around the stage. The Chinese eels must have been very touched to see this. He stood on top of the DJ table and waved the flag with one hand saying ‘’put your farking hand up’’. So manly (Melt)

When he went up the crane to sing, the latch came off and he quickly turned to lock the latch with a helpless smile. Still, the latch was not properly lock and he is careful not to get too hyper up there.

During the 1st break, when BB continued with the show (he was DJing), Sukkie went backstage and started to grab the staff for dirty dancing. The staff bent so low until her head reached near Sukkie’s IT and Sukkie kept shaking his lower waist vigorously. (Peels use your wild imagination kkk)

During the 2nd break, BB and Sukkie sat on the sofa and started talking. Sukkie was holding the tongyi drink and kept repeating his name in Chinese and asking eels what language they want him to speak in. He said a few Chinese words : ‘give me your telephone number’, ‘faster faster’, ‘ice cream’.

Sukkie asked BB ‘how you feel today?” BB reply ‘’I feel very good’’
Sukkie: I remembered during my concert last year, the venue was full house. And my solo album always get number one. He turned to BB and said ‘’it is because of you today, that is why the tickets is not sold out’’

He keep saying that tonight’s situation is like a pig, tickets was not sold out and he kept toying with the pig that he was holding in his hand. He said ‘’whenever I see empty seats, I want to make sure that those who didn’t come for my concert will feel regret.’’ Thereafter he suddenly get up, took out the champagne and jumped around like a kid and suddenly, he slipped and fell.

He stayed still on the floor and didn’t move at all. BB, tall body guard and another guy had to help him up. He did not seem hurt though. After he got up and sat on the sofa, he said ‘’I love shanghai. Does Shanghai love me?’’. Thereafter he keep reminding eels not to chase after his car and follow rules. Shortly he took out the champagne again and was jumping here and there. He picked up a shoe and poured the champagne into the shoe. (This scene will be release through his blog soon)

He said I like sexy girl. And start requesting the cameraman to hunt for the girls. He was asking who want to go back to Korea with him and all the eels get so excited, hoping to be chosen. Then the cameraman shoot one of the eel and Sukkie asked “you want to go back Korea with me?’’ The eel stood up excitedly and replied yes. Sukkie replied her ‘’ Then you go to Korea yourself’’. The eel felt so embarrassed and quickly sit down. Next the camera spotted the Chinese monk. He was so happy and excited and started chanting. Everyone cheered for the monk.

After the break, Sukkie reappeared on stage in the sleeveless white top with black and white pokka dot pants.

He changed one more time, wearing the orange LH t-shirt and ¾ pants. He tore his own t-shirt while singing gotta getcha and HE tore BB’s t-shirt.

He stuck two pieces of paper on his check under his eyes (the crying picture).

Finally the show is over.

Prepared to leave hotel for the airport. Many eels were waiting outside the hotel and hoping to see him off. Some of the eels went down to the basement carpark to wait for him. (Up till now we still can’t figure how to get to the carpark?! Chinese eels are superb!)

I told the taxi driver I want to go the airport and he asked me if I want to wait for JKS? I hesitated for a moment and agreed! (I feel so guilty as he kept emphasizing to eels not to chase after his car). I waited inside the taxi and finally his car came out and drove pass me. (second close encounter but couldn’t see his face). His car windscreen was covered with dim screen. The driver quickly drove off and we were behind his car. ( will never forget his car plate number 1066) .

On the way to the airport, at some point, our car was able to drive side by side with his. It was so near that I took this opportunity to have a hard stare at the dim screen. He was sitting at the back on the left seat. He wore his sunglasses and let down his hair. Though not very clearly, but I can see his pretty face in a few seconds. His look is born to be a celebrity! That’s the conclusion I had. Rather than describing him as handsome, beautiful is more suitable for him.

Soon his car was reaching the terminal but our car could not stop where he is stopping. I had to get down and run to the departure hall…but it was too late! He had already checked into the restricted area. Many eels couldn’t get to see him and one lucky eel manage to snap shot a photo of him. She was so nice to share the picture with us.

I quickly check in and went into the restricted zone, still hoping I can see him. Still it was too late. I saw the Korean airplane standing by to take off. My heart sank and was about to burst into tears. I saw the Korea air flight take off in front of my eyes and inside me, I am telling JKS bye bye bye..I will definitely see you again….(End)