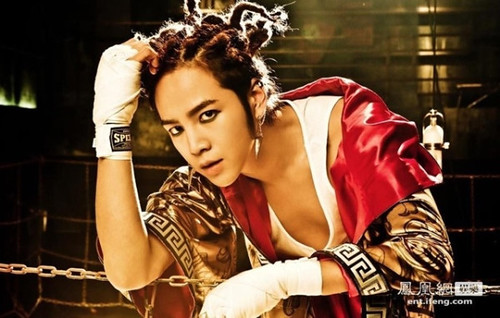 Asia Prince Jang Keun Suk (JKS) will release his new album in Taiwan, this seems have extraordinary momentum. His Korean company Tree J and his Grand Asia agent company HS Media are workgin with Warner Music (Taiwan) to release his new Korean full album “I JUST WANNA HAVE FUN” in Taiwan and other Asian countries synchronously on Feb 20. Taiwan music company is up tight for this release now, especially JKS is the first Hallyu Star to release digital album on iTune with Warner Music, Everything is getting high class treat. The new album is hot on preorder now. Start from Feb 05, the digital edition will be on preorder on iTune in many Asian Countries. The CD/DVD will be released on Feb 20. Besides the big promotion through countries, this also shows JKS gets high class treatment specifically.

JKS who swept the world by his charms will release new Korean full album “I JUST WANNA HAVE FUN”. One of the title track songs is “WHAT IS YOUR NAME”. JKS loves it very much when he first heard it, also the title of song is the words people normally say when they first meet and greet to each other. JKS who likes making friends decided set this song as title track song of the album. Another title track song is “FEEL THE BEAT”. Some part of the song, JKS sings in Chinese. The song not only has addicting rhythms but also funny and easy to sing, you will like it as soon as you hear it! JKS who is studying Chinese hard revealed that early on his Chinese teacher praised him that he has languages talent, so he was so happy and even skipped some lessons; but later on he found the four tunes and writing of Chinese actually are much more difficult than he thought. When they were recording “FEEL THE BEAT” Chinese singing part, he was worried that it will get delayed because of his pronunciation, but after it was finished, all the team were praised him. So this song become his favorite song. “WHAT IS YOUR NAME” will be first played on Fox Entertainment Channel on Feb 07; “FEEL THE BEAT” will be first played on Taiwan MTV on Feb 21.
When JKS was interviewed by Taiwan reporters, he couldn’t believe that he has been to Taiwan for 4 times only, that showed he loves Taiwan a lot, when was asked which part of Taiwan he misses the most, the true nature JKS answered that is Taiwan’s night market. Even he is “Asia Prince” but he loves Taiwan local night market, he can not forget the good food from the street stands, he kept saying that next time he goes to Taiwan he will go to the night market again to eat delicious street food.
The two editions of JKS’s 2013 New Korean Full Album “I JUST WANNA HAVE FUN” has started preorder already, if you buy both two editions, there will be award card inside that you can get rebate of a world unique version 2013 JKS big poster for free. Feb 24 if you go to Warner Music Official Website to join “Eels Register” event, you will have the chance to get a ONLY ONE in the world JKS big size framed photo. Please don’t miss the chance eels.

For more information about this, please click HERE and HERE