The followings are totally personal experience. I just want to share with eels, since I was touched and laughed from it. Hope you do too. 🙂 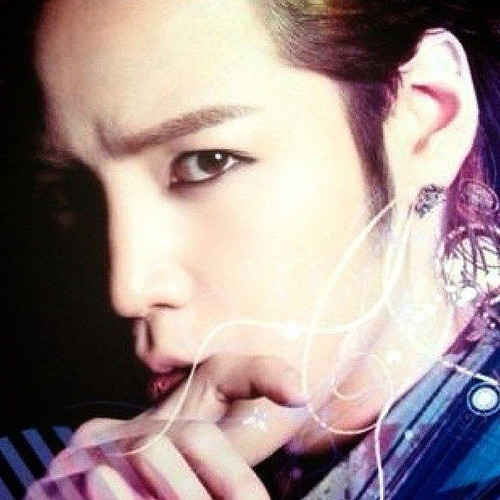 I have a 5 year old son who loves Jang Keun Suk’s music. He likes rock songs so “Let Me Cry” “Gotta Getcha” “Shake It” are his favorite from JANG KEUN SUK’s songs.

Today on the way to his piano lesson and back, we had some talk about JANG KEUN SUK’s Just Crazy Album.

Yes, I played Just Crazy Album in the car when I was driving today, I haven’t listened it for a while since I have been listening to it since I bought the album in June, I listened so many times when I’m on the way to work. My son has listened many times but can’t compare with me, also when he is in the car, I tend to introduce more kinds of music instead only one artist, but sometime he made his own request and ask for JANG KEUN SUK’s music, he loves rock songs a lot, so basically, Gotta Getcha, Shake It, Always Close to You etc.. are the songs he wants to listen. Well, when the song “Rain” was playing, he knows that is my favorite, is no. 8 song in Just Crazy album, he said to me: “After this one the next 2nd song is my favorite mama.” I said “I know that’s Abracadabra!” Then he said: “After this one the next 3rd song is my favorite too.” I paused, since this was first time I heard him say he likes Guardian Stars. I asked him:”You mean you like Guardian Stars” “Yes, I love that song.” I was surprised, since that’s a slow song. Anyway, so we keep listening and he sang along with Jang Keun Suk, hehehe. Then when Guardian Stars started, he was quiet, he was just listening. After the song I turned the music off and I told him: “You know, what this song is for? There was a very bad earth quake happened in Japan in 2011. Many people lost their lives and homes. But people who lives need to be strong and try to survive, so JANG KEUN SUK sang this song to show his care and support to them. This is a charity song.” He was quiet for a second, we got to the music school. He got out car and then he said to me:”Mama, I’m sad that Japanese people lost their lives because of earth quake. I love all the people in the whole world that live on earth, all of them from different countries. I want to write a song for charity too.” This time it was me quiet for a second, I know my son is always a sensitive boy, he has a soft heart, but still I was a bit surprised to hear these words out of a 5 year old mouth. I hugged him and told him:”I’m glad you think like this, that’s my wish too.”

I will get English translation of Guardian Stars’ lyrics and let him read it.

I think now he knows JANG KEUN SUK is not only a singer can sing good rock songs but he is also a person with good heart like to do charity works.

Anyway, I also had to add this second part of our conversation in the car about Just Crazy album. This time I hope you can have a good laugh about it.

After his class, we got back into the car, we turned on music again, now is the last song in the Just Crazy album. “In My Dream”. He asked me:”Did he write this song?” “Yes, he did write this one himself.” “What is this song about? What it tells you.” I think I need to find the translation of “In My Dream”‘s lyrics too soon to let him read, he loves reading. I told him:”You can hear some words which he sings in English, I will fly high, I will fly high… So he wants to fly high in the sky…” His eyes shined because I know he would love to fly high that would be his dream too. “So what’s the biggest dream JANG KEUN SUK has?” He talked like a news reporter, hahaha. I said to him: “Right now, I think his biggest dream is to become World Prince, which means he wants the world to know him as a good singer and actor. He just give a name World Prince.” “World Prince? hehehe, then does he get a princess?” He giggled, boys know lots of fairy tale too! I laughed:”I don’t know, maybe, a prince does needs a princess, right? I don’t know who tho.” “Oh, I know!” “You do?!” “She is the girl whose mother got blind.” ??? I couldn’t figure out who he is talking about. Then he said:”Remember, the Korean drama you watched, that girl’s mom got blind and there is JANG KEUN SUK’s mom in it too.” Ahhhh, now I remember, LOVE RAIN! That was when he was sick in May and one day I had to stay at home with him, so we watched one episode together, I couldn’t remember which episode tho, but he remember it. So the World Prince’s princess is Yoona. lol. It just amazed me that he remember Love Rain. “oh, that drama’s name is Love Rain?” He asked again…… I know he will remember Love Rain and JANG KEUN SUK, the World Prince’s princess is in it.

I just want to share this sweet story with eels. Thank you for reading.