First, I see Gunsama pushed a cart walking by. I waved to him, he nodded back to me, and behind him that was Jang Keun Suk pushed the cart walking slowly. There was no one beside him. He was without any make up but his has a delicate face, his skin is a bit pale, just look like his weibo profile picture.

Later I came up to him said Hello in Korean, and asked if I can get his autograph, he pointed to his luggage cart and said to me: “check in first”. His voice is magnetic. He went forward then I said to him that I will wait for him. He looked back. There is a corridor between us. He and Gunsama took a while to check in then they pushed the cart to VIP check in, it took a while as well, there was nobody behind them. So I took a picture from the back. 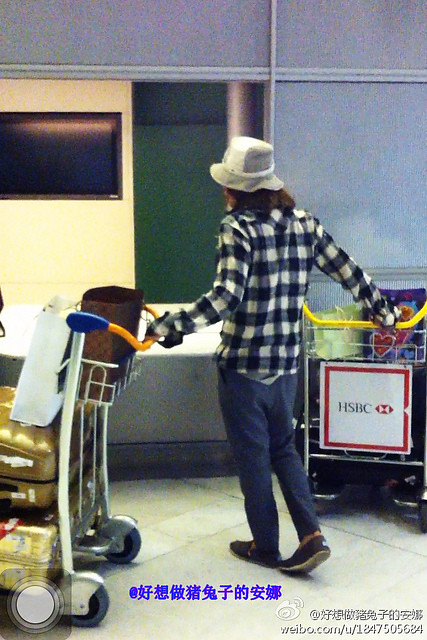 Some eel suggested that we keep more distance with him, we moved back further, actually there was no one in front of us and behind him. Because VIP was separate with Economy class, there was only two of them were checking there at last. During checking in, he looked back at us, he must think why we standed so far away lol. After a while, he finished and pushed the empty cart walked towards us. Then he started to sign the autographs.

I grabbed the chance went to him, gave him the notebook and pen, he signed for me first, I used a same iPhone with white cover just like his to show him how to spell my name: “It’s my name”. He signed halfway and looked at iPhone to see my tiny name typing in there. I forgot if I thanked him or not because there were two French girls asked for paper from me, I had to turn back and answered them. 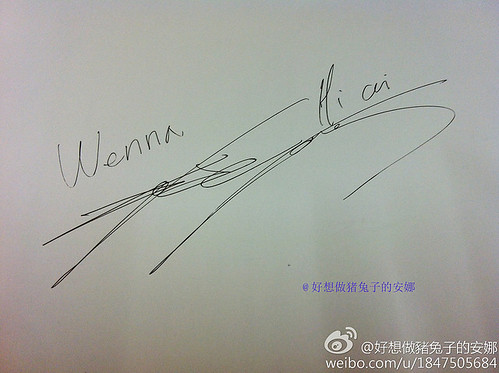 I was about to go back after he waved, thought that was it. But when I walked back halfway, I found out only myself left, all the others were still standing there to see him off. Because he was at customs for quite a while, so I stayed until he was done with customs and went inside. There were something happened but since the words limit on weibo, I just skip them here. 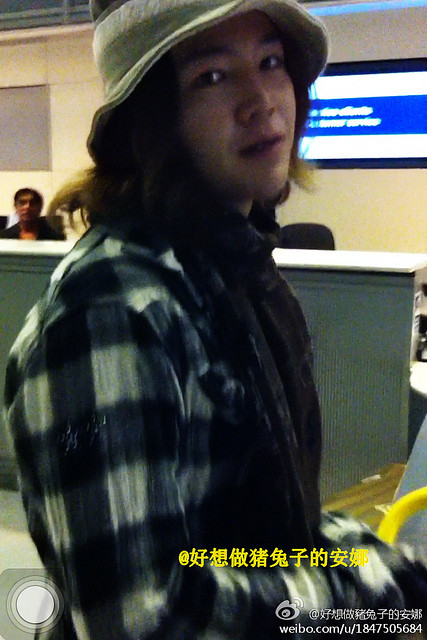 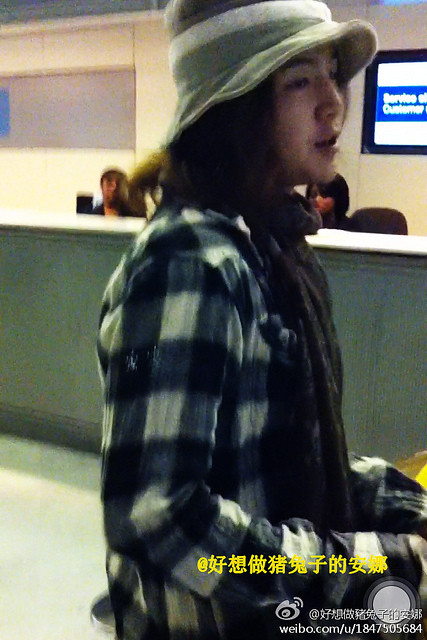