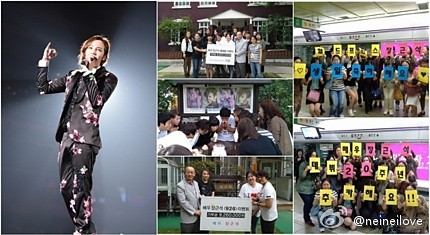 The 926 charity initiative started from Seoul Cri Show 2 on 7 July when Cri-J sought donations from fans, and by its end on 25 September, a total of 9.26 million won donations has been received from Korean and overseas fans. The number 926, unrelated to the amount received, stems from the mature attitude of fans as they share their love beyond JKS. Their volunteer work is not only for a short period of time, but will continue on.

The beneficiary of the donations Nam-san expressed that the sincere and serious attitude of Cri-J fan volunteers in spreading love is touching. JKS, who has previously donated a huge amount to his alma mater and makes regular donations to various charities, is touched by fans’ actions and from faraway Germany, matches fans’ donations by donating 9.26 million won. The mature fan culture of actor and fans in unity is a warm example to the world.

Also, thanks to these fan groups for their contributions to the 926 charity initiative too! 🙂 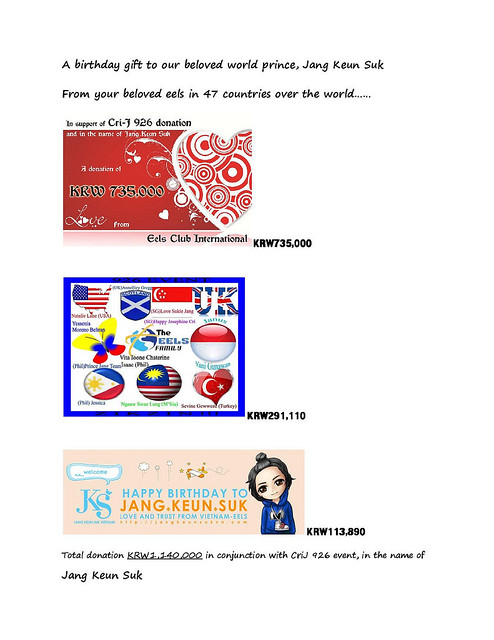