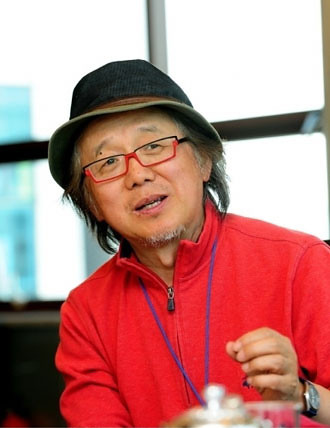 PD Yoon, the director of Love Rain revealed that there will be a director cut DVD coming out.

April 27th, at Sangsu-dong, Mapo-gu Seoul, KBS2 drama Love Rain did on site open filming. PD Yoon Suk Ho expressed that he had special feeling (nostalgia) towards 70’s part of the drama. He also said even the shooting of that part was slow, but he had put lots of emotions in it. So he would like to edit this part again and make DVD out of it.

“Love Rain” is a drama that combines 70’s analog era pure love and 2012 digital era modern fashion love (passion and romantic). The story goes over generations and crossed the time lines to narrative the nature of love.

PD Yoon said the 70’s love is more concentrate on “slow aesthetics”. He also said that he planned to make 10 episodes of 70’s part and would run through the young generation love story and middle age love story together. At the beginning, he planned to make 70’s part for 10 episodes, but at the end, they only edited 4 episodes of it. They shot lots of very beautiful scenes (means the parts that didn’t show in the 70’s part as drama aired), so he will make a DVD out of it.

Since September to December last year, he used 4 months to shoot 70’s love part in Keimyung University, Daegu. He said he has put lots of energy to shoot 70’s love story part that really showed 70’s romance – “the fond of memories is hard to let it go”. He also said: “The pace was slow, but that was how it was and I didn’t want to change it but keep it as it was. Compare to just follow the modern steps I would rather to put all my efforts to make something that I want.” He said: “In Japan, for some important friends I gave out “Winter Sonata” DVD as gift. That means to treasure all the feelings, music and scenes in the work. This time I will do the same thing to Love Rain. This drama will not be just an electrical wave pass through, but more like a prepared gift for someone you like. Then he/she will remember this works for a very long time.”