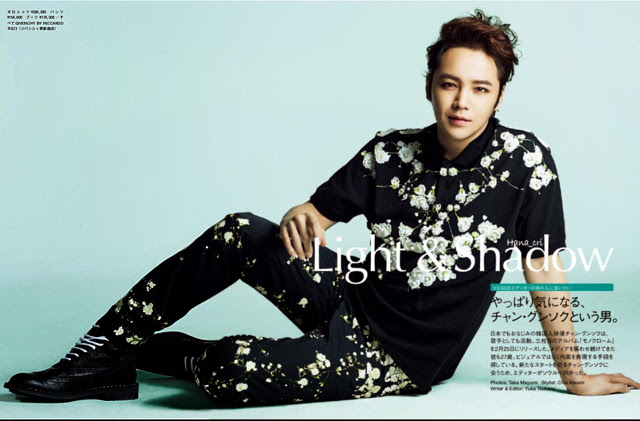 VOGUE JAPAN editors prepared some types of clothes for him. Looking at them, he said clearly “I think this and that are good.” Especially, the one he was wearing for the cover photo, GIVENCHY’s tops and bottoms with gem of gypsophila. They also thought this would suit him well. Once the shooting started, he soon understood what the photographer wanted him to do. Meanwhile, he suggested them unexpected ideas. After the photo shooting, they asked him about the clothes he was wearing on that day. JKS answered, “I’m happy to wear a floral shirt today after a long interval. I used to like wearing eye-catching clothes such as glittering ones, leopard prints, etc. But recently I prefer to wear monochrome, more simple clothes rather than colorful ones.” They asked him, “Getting older is the reason why your taste changed?” He said, “I think it’s because every time I ask girls what kind of style they like in men, they always answer ‘I like simple type’. I felt it would be better if I like the same style as that of girls. So I’m trying to change in that way, but to be honest, I would return to leopard print someday.”

All songs in his new album ‘Monochrome’ were written by Japanese lyricists. Most of his previous songs were originally written in Korean, and after that, translated into Japanese. However, the original lyrics are all written in Japanese this time. JKS explained the intention as follows. “That’s because I hoped Japanese to visualize the view of the world and share the feelings when they listen this album.” He added, “To try to understand Japanese view of the world, I listened various type of Japanese songs. For example, Mr. children. I think every Japanese understand their world of music.” JKS said, “I have a special fondness for ‘Hidamari (sunshine)'”, singing the beginning part “I can hardly become the hero I dreamed to be as a kid. Not to mention, I have no power to change the world.” He revealed, “After completing the recording, the air in the studio changed.” Considering his previous two albums and TEAM H ones, his music has an image of visual rock. But, he said he wanted to show another side of JKS through this new album. “I’d like to show my inner side to fans, not my outer one. I’ve reached 29 years old in Korea. I wanted to express such an ordinary man’s feelings. I hope you can feel my honest feelings from this album.” 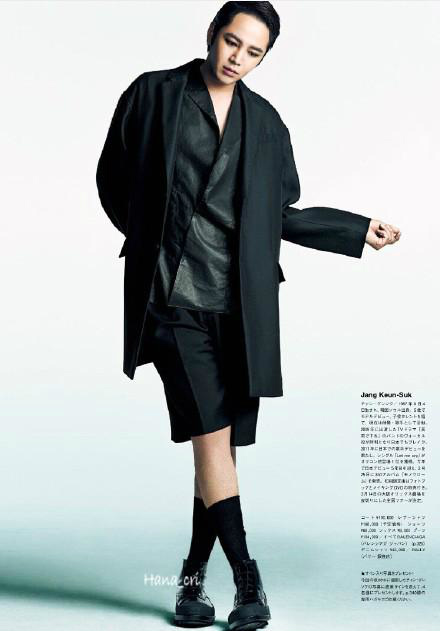 As you know, JKS is well-known as a car lover. Our interview ended with his mischievous answer. 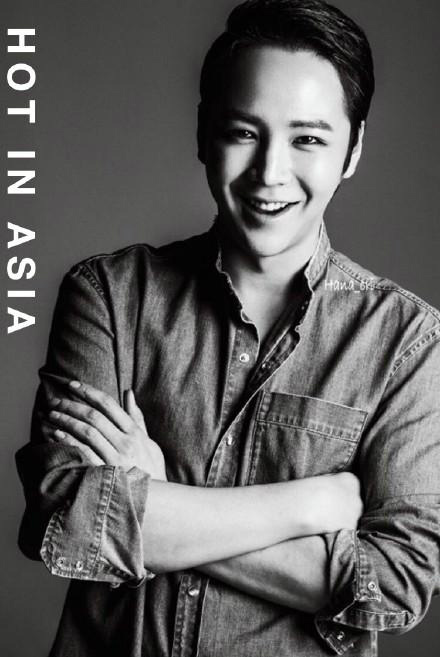 Editor’s note: During the interview, his favorite DIPTYQUE candle ‘MIMOSA’ was burning in the filming studio. JKS who likes collecting dishes, cooking and MIMOSA scent revealed his secret to us. “To be honest, my favorite smell is ‘febreze’ in a blue bottle. When I wake up and make a bed, I spray on the bed. When I go to bed at night, I feel happiest, surrounded by the smell of febreze!” His such a honesty made us laugh so much.