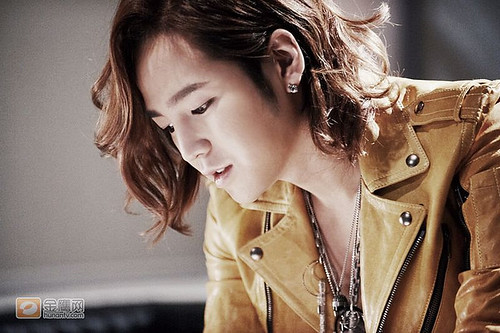 Asia Prince Jang Keun Suk after releaed full length Korean album ‘I just wanna have fun’ early this year, where he attempted sing in Chinese in the song ‘Feel the Beat’, He sang in Chinese again, working with Tongyi Group (based in Taiwan) for an its brand orange juice CF released a brand new single song ‘ICU’. When Jang Keun Suk first attempted singing in Chinese for Team H album cover song “Feel The Beat”, when the album was released it got very warm support by Chinese fans. Immediately, this song became No.1 on various big music charts, it was also recognition of Jang Keun Suk singing in Chinese. Therefore, it gave him a lot of confidence in releasing ICU which is completely in Chinese.

In order to produce a perfect Chinese single, HS Media specially invited Ocean Butterfly Music famous Song Writer Yvonne Lin to write the lyrics. this song was Lin’s another great work after she did two famous songs for singer JJ Lin. Ocean Butterfly Music Taiwan lead music producer Lin Zhi Sen ‘Dr Moon’ specially flew to Korea to join the production of this song. ICU describes a couple who met romantically & liked each other hoping to share a beautiful life and stay happily together. Jang Keun Suk who has been continuously learning Chinese said ‘although the last time I sang Chinese I have received lots of media & fans’ encouragements, but this time I’m a bit worried for singing in large number of Chinese words. Before entering the recording studio, Jang Keun Suk kept practicing hard. Famous producer Dr Moon said honestly: ‘previously, I was worried if Jang Keun Suk can sing so many Chinese words, I have listened to his “Feel The Beat” song. ICU has large number of Chinese words, it is very hard for Jang Keun Suk, but he is a very serious & hardworking singer. He went to the recording studio very early by himself, practiced Chinese lyrics on his own, sometimes we felt he is already very good with some of the pronunciation, but he insisted on trying to sing more times. Surprisingly his has great natural talent in Chinese, recording of the whole song went smoothly, completed successfully in only 5 hours. 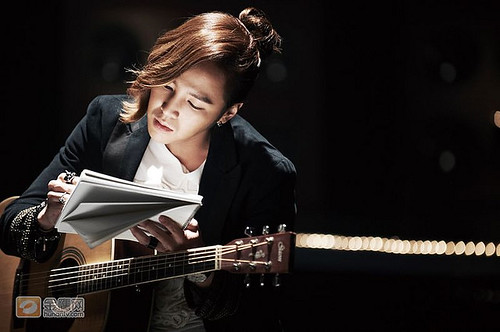 As an Actor and also a singer, Jang Keun Suk hopes that this song ICU is not just for MV, but specially attempted mini movie concept, partnered with Korean popular actress Park Min Young performed a romantic encounter. Recently, the single ICU song & mini movie part I were released simultaneously, beautiful picture, caused people to imagine, as soon as it was released, it has earned lots of marvel from fans. In the first part of the movie which was released, Jang Keun Suk’s handsome, fashionable, romantic image was amazed by viewers. From a delivery staff to a singer full of charisma on stage, Jang Keun Suk’s different images caused everyone’s unlimited imagination. And Jang Keun Suk was also looking forward to working with Park Min Young on this movie. From ‘Highkick’ to ‘City Hunter’, ‘Dr Jin’, Park Min Young’s popularity has been highly increased, also received KBS highest acting award for her role in the drama ‘Chunghyunkwun Scandal’, immediately became a new favor for commercials. This time, Park Min Young’s beautiful image in the movie, pretty acting, make people curious about what kind of love story she and Jang Keun Suk will make in the movie.