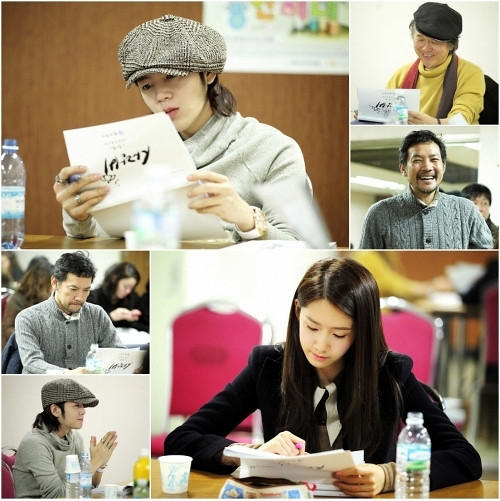 During the script-reading session on 23 March 2012 (pic above), Seo Jun (acted by JKS) and Lee Sha-na (acted by Yoona) meet for the first time in 2012 against the backdrop of filming in Japan. It’s the first collaboration between JKS, Yoona and Jung Jin-young.

With the completion the 1970s era filming, attention is now focused on the big transformation to their contemporary characters. Having acted the role of a sentimental character in the 1970s immersed in a pure, innocent love, JKS is going to act a free-spirited role set in 2012. Yoona is also acting dual roles of a shy, smiling delicate goddess of the 1970s and a cheerful, bumbling girl.

Actor Jung Jin-young acts the role of middle-aged Seo In-ho in 2012, his gentle leadership role providing a certain stability to the drama.