Shufoo!, an electronic brochure web portal, will be broadcasting its new commercials “Lyrics Composition” and “Dance Rehearsal” parts on 23 December.

In the 2nd part, the story is set that JKS is composing the lyrics for Shufoo!’s song. While he is thinking hard about the lyrics, he occasionally relaxes or is engrossed in dance choreography.

The CF was filmed in mid-November at a hotel in Korea. According to sources, in order to achieve a realistic sense in this performance, 3 moving video-cameras were deployed simultaneously. JKS was slightly nervous initially because of the moving video-cameras, but he shook off the tension by being natural and laughing. The director acknowledged that JKS performs very well in constraint-free situations, and the performance was completed under mutual discussion as JKS consulted with the director as well as complied with the director’s requests.

The Shufoo! portal started operating in Aug 2001, and targeted consumers are mostly women from their 20s to 50s. Around 650 companies and 68,000 shops participate in the Shufoo! portal. 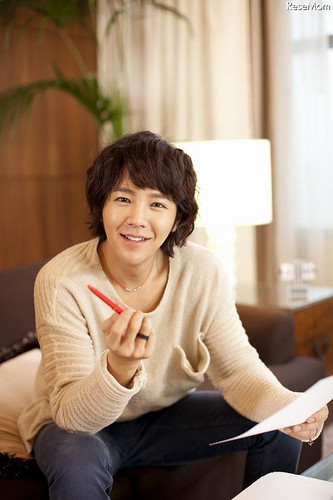 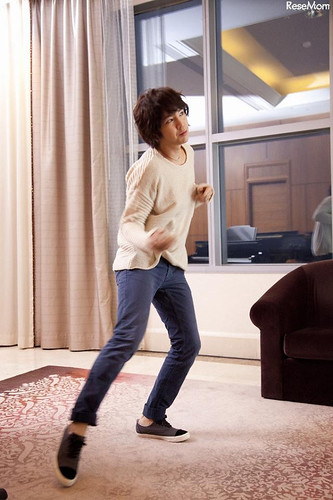 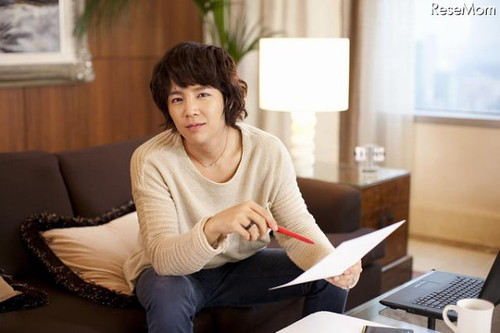 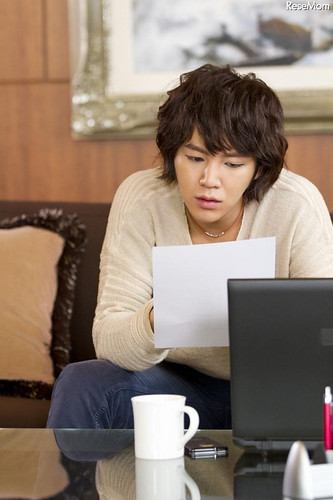 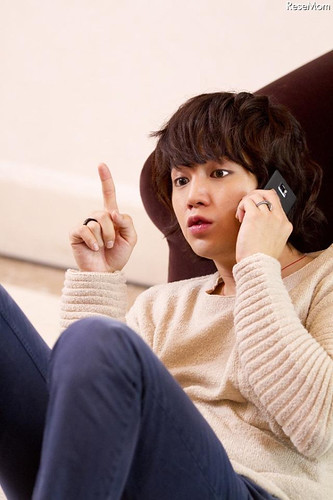