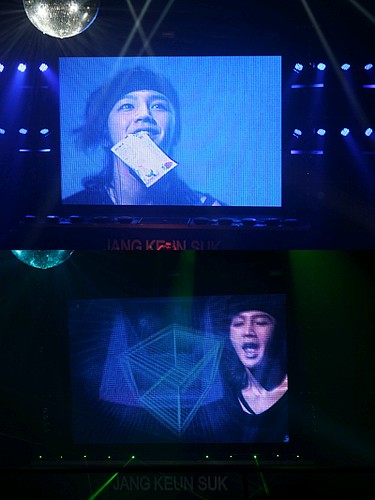 It is going to be another bountiful year for Jang Keun Suk, as he reveals his plans for 2011 on his Japanese official website, as below.

1. Album release and Showcase in March
2. “My Pet Lover” (filming in March and airing in summer)
3. Performance tour across Japan
4. Asia Tour (6 countries scheduled)
5. Drama (in midst of decision for 2nd half of 2011)
6. Preparation for JKS Smartphone application
7. 15th Anniversary DVD and photograph book

More heart-stopping (or pocket-burning) news from yesterday – to commemorate 15 years of his acting career, Jang Keun Suk will release a DVD and photograph book. The DVD will be filmed in Czech Republic and the photo-book in London. Another hot item on my must-buy list as both are sure to come with gorgeous pics of JKS, though I think it won’t come cheap.

Not so sure on the smartphone application that is being developed, though I seem to have the impression that it’s an application where JKS directly uploads his news and photos and where eels can access his information.

Project news compilation: Thanks to Lin Li on FB.
感谢林力(Facebook)提供消息