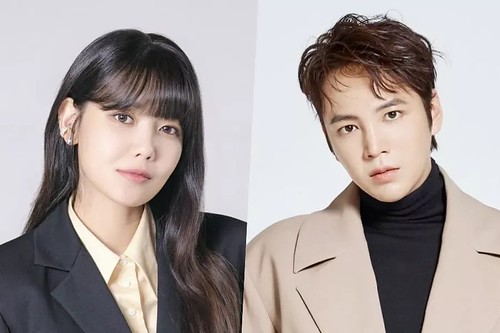 Sooyoung may be meeting Jang Keun Suk in a new drama!

In response to the reports, the actress’s agency Saram Entertainment clarified, “It is true that [Sooyoung] received a casting offer for ‘Unexpected Country Diary,’ but she is currently reviewing [the offer].”

“Unexpected Country Diary” is based on a web novel of the same name by Park Ha Min. It is a romance about a man from Seoul meeting a policewoman while living in the countryside.

Sooyoung was offered the role of Ahn Ja Young, a policewoman who appears whenever someone needs help. She is a fearless character who is not afraid to take on new tasks.

It was previously revealed last month that Jang Keun Suk is in talks to play the male lead Han Ji Yool, who is a veterinarian from Seoul.

“Unexpected Country Diary” will be directed by Jo Young Min of “Do You Like Brahms?” and written by Baek Eun Kyung.

In the meantime, watch Sooyoung in “So I Married The Anti-Fan“.