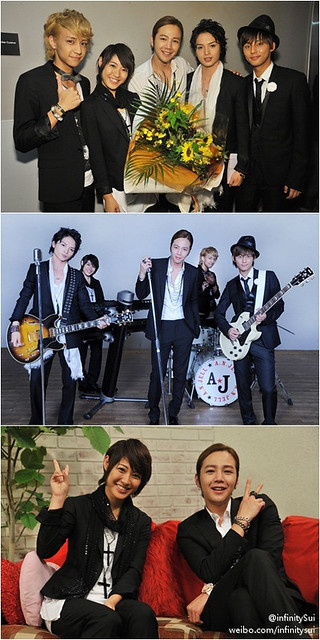 Jang Keun Suk made a guest appearance in the Japanese version of “You are Beautiful” (YAB).

TBS is making a re-make of YAB which has shot JKS to popularity, and JKS showed his support through his guest appearance.

His first time acting in a Japanese drama, JKS’s lines in Japanese were delivered smoothly and accurately, which showed that he did lots of practice. In the face of long Japanese lines, he did not NG. For scenes that were acceptable, even if the director asked to re-shoot, JKS complied without any words of complaint. His professionalism earned him the respect and admiration of Japanese fellow workers.

The Japanese A.N.Jell members commented that “JKS’ acting skill was really very dashing”, and they had a happy time on the shoot.

JKS will be starring as the male lead in director Yun Seok-ho’s “Love Rain” tentatively scheduled to air in September.