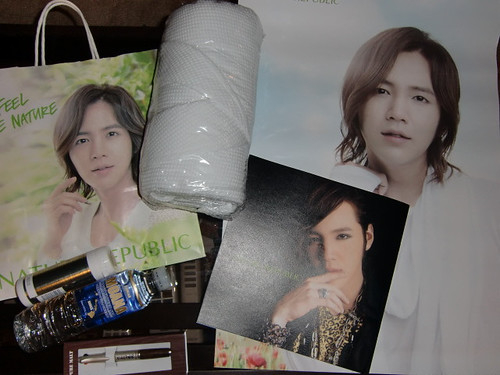 I’m one of the luckiest eels to see Sukkie in person twice a week!!! I attended the M3 Fan Meeting the day before yesterday. And today I attended the NATURE REPUBLIC FM.

Before the event, I was so uneasy because I had enough time left to prepare my present for Sukkie. I planned to present him with one of my favorite books, “きみが住む星(the planet you live on).” But it was a Japanese book, so I have to translate it into English and write down my translations by hand. I skipped meals today for my preparation, and at last I just made it on time… *Phew*

Anyway, about the event itself, Sukkie looked more relaxed than M3 FM. Because the attendees(about 2,000) were all his eels. He sang 2 songs on the stage. One was “Still.” The other was “Promise.” [tenshi_akuma’s note: I think Sukkie put aside “Let me cry” album songs for his arena tour. Because they have a special meaning for Japanese eels.] And we had an interesting talk session. So I want to share about the talk session in detail.

At first, Sukkie was asked some questions related to NR.
He told about the photo he had taken with his figure of NR , which was posted on twitter. It happened when he drove his car on his way to home after shooting YMP. He found that there was a figure looked like him in front of NR shop. Then he braked and got out of the car. And he asked his manager to take a picture with his figure. He said, “The figure looks so different from real me. I have a funny feeling to see it. It’s a power of make-up.”
He usually uses NR products. And his favorite was a kind of a face pack. [tenshi_akuma’s note: Yes,it was the best I’ve ever used.] Even if he drinks with his coworkers at hotel room, he won’t forget to use a facial pack. He sometimes put it on his face while drinking! LOL. He revealed that the best way to release his stress was drinking and chatting with his friends.

At the scene of YMP, we can see NR products at the bathroom when Sukkie took a shower. When the female MC said that most eels didn’t check NR products, but Sukkie’s nude, he said, “I’m scared of such women.”

Then about YMP. Sukkie performed as a pet of the senior women. But he wants to be a master, not a pet. LOL.
YMP was planned to be released at the end of this year in Korea. In Japan it will be released next year. [tenshi_akuma’s note: I don’t think YMP will be shot in Ibaraki now. He didn’t mention about it… :(]

Q1) If you became a woman, what would you want to do first?
A1) I would look at myself in a mirror and check my body after putting off the clothes. Then I would go to sauna to see other women and check if I need to go on a diet.

Q2) If you have one-month off, what do you want to do?
A2) I haven’t imagined it at all. [tenshi_akuma’s note: poor Sukkie…:(] But if I have, I want to travel alone by car. I’ll start my journey from Seoul, then I’ll go to Busan. In Busan I have many friends. After that, I’ll go to Osaka(Japan) by ferry. And I’ll eat tasty food there. Finally, I’ll drive to Tokyo. To tell the truth, I really plan to the similar trip with my friends, “Team Porche.” We plan to go to Tsukuba Circuit(Ibaraki!) and race. [tenshi_akuma’s note: I live in Tsukuba, Ibaraki! But actually Tsukuba circuit isn’t located on Tsukuba city. But it’s true that it’s near my house. I hope they’ll come next year because I’ll study abroad after his arena tour…:(]

Q3) If your one request would be granted by God, what would you choose?
A3) I would ask God to increase the number to three. LOL. Then I requested God to be granted these three. At first, I want to live longer. In short, I request immortality. It’s not for me, but for eels. I’ll do anything to entertain them as long as possible. Secondly, I want to own my plane. I don’t care about the size. The reason why I want it is my final goal to conquer the world, become the king of the world. If I own my plane, it’s useful to travel around the world. At last, I want to own my castle like cri-J castle. It is both our house and office. And when I’m out of the castle because of my traveling abroad, I’ll open inside for eels. You can enjoy seeing my room. The other day I watched a Japanese TV program. A female guest went to my favorite restaurant in Tokyo and she sat on the seat where I sat before, saying “Kuen-sama…(//▽//) I can feel him through the seat.” So I can imagine some eels touching my table dreamily. LOL.

I will show you other topics I remembered at random.

1) Sukkie improved his Japanese skill very well. To my surprise, he used Japanese at almost 90 percent of talking.
He said he wanted to use Japanese more because he wanted to feel Japanese eels much closer. We were all touched with his consideration. He confessed that he didn’t have enough time to learn Japanese. [tenshi_akuma’s note: I think to practice a language is a good teacher of learning languages. Fighting, Sukkie! I also try to learn English!]

3) He asked the female MC if a guy should kiss a woman when they ride the Ferris wheel together. He confessed the fact he rode it in Tokyo the other day, but he rode it with his mother, so he didn’t have a chance for kissing. LOL.

At the closing, ten winners were selected in a lucky draw and had a chance to take a picture with Sukkie and be given a hug… And surprisingly, Sukkie selected two more eels to take a picture by his iPhone. The picture of lucky two eels has already been uploaded on twitter. All the attendees were given a special present from NR. The poster and special catalog was Sukkie’s!

Above these, I had a blissful time today. I could feel Sukkie closer than ever. And just seeing him and hearing what he said made me cry for happiness. I can’t explain my feeling when tears ran down my cheeks. All I can tell you is I really think I’m lucky to know him and love him and become his eel. 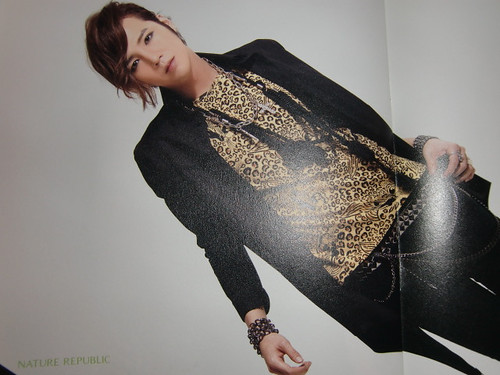 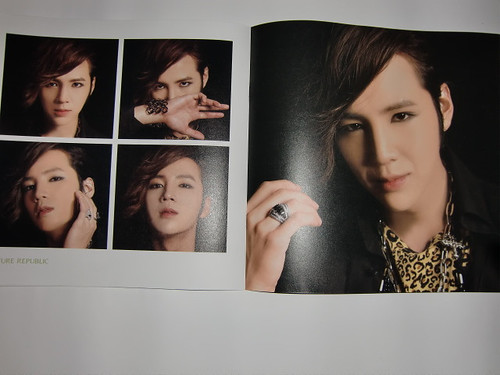 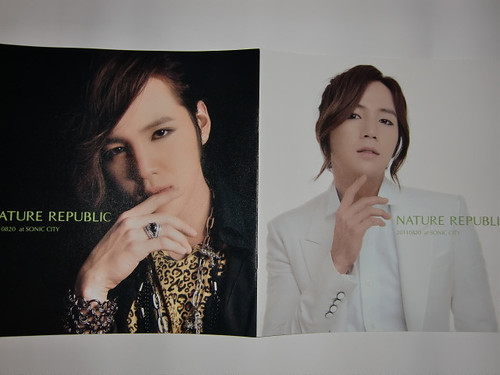 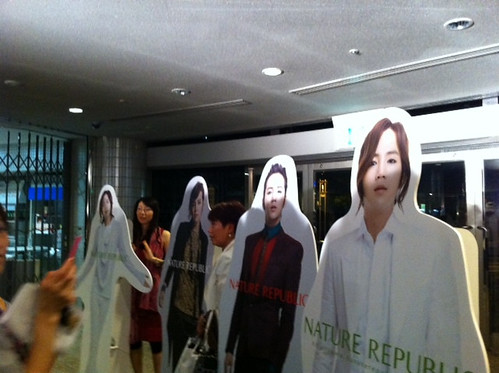