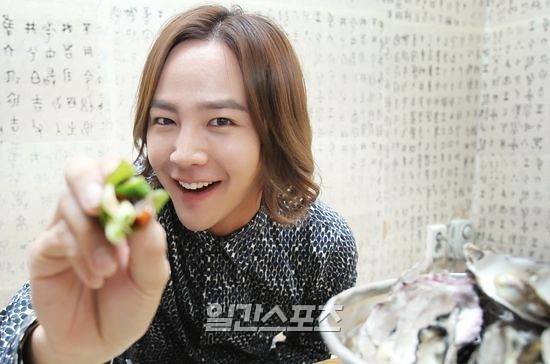 “That’s Jang Keun Suk.”
Versatile. Free-spirited. A little bluffing style. Jang Keun Suk, who turns 30 this year based on Korean age, was just like these typical images we have about him. He spent a difficult year at the age of 29, turning 30 this year, he is still full of energy. He was falsely accused of tax evasion last year in January, and had to be edited from tvN’s variety show ‘Three meals a day’ even though filming was completed. The conclusion of the tax issue is that the Company has already settled the error.

30 year old Jang Keun Suk now embarks on a new starting line.
For the first time in 10 years, he became the sole MC for Mnet ‘Produce 101’ variety show. Being the overall in-charge managing the 101 trainees. Since the program first aired, many are talking about his confident gestures and talented speeches.

“To be honest, I avoided initially as I didn’t want to do it. But they persistently followed up with me for 3 months. The director of the show was the same producer of ‘X-boyfriend’ whom I worked with before. Even so, I hesitated to accept the offer. After all, I accepted it as you see.” Since the first broadcast, many commented, praising his MC work “this program will not be possible without Jang Keun Suk.”

His activities as the role of an actor will begin soon. Returning as an actor after 3-year siesta, he will be appearing in SBS ‘Daebak (Jackpot)’ which will air in March. His recent dramas such as ‘Love Rain’ and ‘Beautiful Man’ didn’t get good results as he expected, so his commitment to the next drama ‘Daebak’ was indeed extraordinary. “My memorable drama ‘Hwang Jini’ aired in 2006, and now I’m going to act in ‘Daebak’ exactly 10 years later.I have many thoughts at this moment, as I looked back 10 years ago, it will be ‘All In’ (go all the way) for this drama, filled with the determination to move ahead with no turning back. I reminded myself that I have nothing to lose. I must show something to the audience this time.”

Jang Keun Suk seems very relaxed after drinking, showing his talents incessantly. He was specially good in imitating the voices of others. He looked very happy imitating Yoo Ah-in, Yeo Jin-goo etc. He laughed saying “Why I’m an expert in imitating? I had a lot of time to watch too many TV and movies last year, hahaha, so I could do it well.”

– How much is your capacity for liquor?
“5 bottles of soju. I used to be able to drink much more but have cut down as I aged”.

– Do you feel the physical change in energy level?
“I started to feel it in my late 20s. When I was in my early 20s, I was totally alright after drinking through the night and attending lessons. But I can’t do that now. As I drink, I would be worried about my condition the next day and would stop”.

– Any unique drunkard habits?
“I will run around like a crazy guy. My managers will try to control me if they are with me, hence to intentionally hide from them, I will run about”. 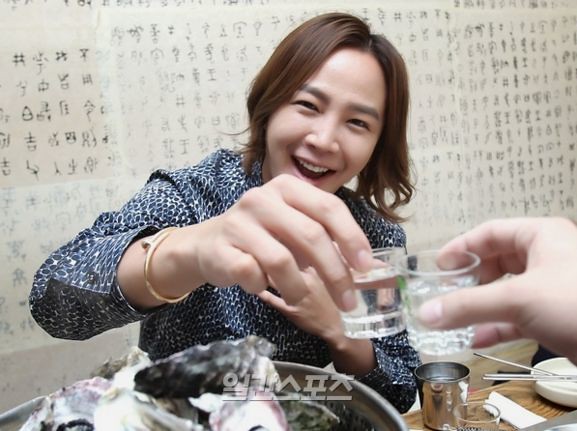 – But everyone tries to catch you?
“I’m sure it’s hard for them to catch me as I run around (laugh). My bodyguards would stick to me when I’m overseas. So I would cheekily run away, it’s fun running around Tokyo city.”

– ‘Produce 101’ has aired. What do you think?
“I’m not old enough to look after youngsters. They haven’t shown us the half of their potential yet, but their struggles to achieve their dreams gives me a fresh feeling. They’re just adorable from an adult’s viewpoint.”

– Don’t you feel pain seeing the dropouts?
“At first, I discussed a lot with the production team about the issue. I was against to the idea that they’re divided by their skill level. However, reconsidering it, I came to understand as we can’t debut all of the 101 trainees. It may sound severe, but this is how the world always does.”

– So, you changed your mind?
“Think about it. Even they dropped out, they wouldn’t lose anything. Even they couldn’t debut this round, they appeared on TV. They can use this experience when they finally make a debut from their company. After noticing their shortcomings, they can overcome them.”

– I heard you didn’t want to accept the offer at first.
“Yes. But they stuck to me for 3 months. I was running away the whole time, but they were persistent. Then, I accepted the offer at the end.”

– Why you didn’t want to?
“More than anything, I wanted to act. Everyone considers me as an entertainer, rather than as an actor. I would feel ashamed at first to see my change in mind after the reconsideration. When I was looking for a good work, the chief of Mnet persuaded me to appear in it for 3 months.” 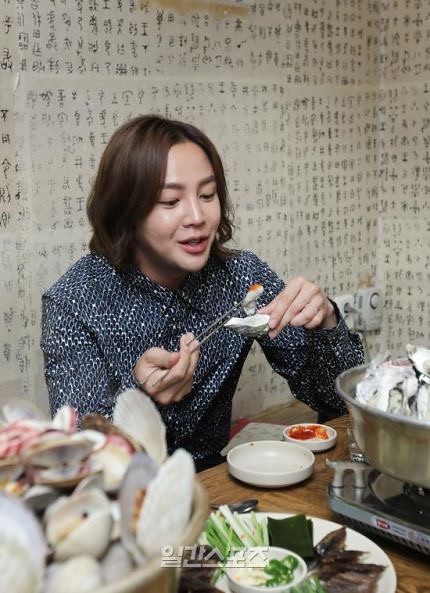 – As you’re the representative of Produce 101, any trainees who caught your attention?
“Of course, there are. But, seeing their process in practicing, I would change my mind. Those who know they’re liked don’t make efforts. We can tell that through camera.”

– Trainees you’re interested in are still there?
“It seems there are many left who I think are good. But no one knows what happens eventually.”

– Some people say the show is all scripted.
“I know there are many people talks so even before the TV program started. But as I said before, there is no fixed winners. That’s why I’ve emphasized this point since it bothers me. It’s based on the nationwide vote. We can’t make up the result, but the public doesn’t seem to believe it.”

– But people can’t help having their suspicions, right?
“Of course, it’s hard to treat all 101 trainees equally, but I hope they will see them fairly. I’m also worried about how girls think about these controversies. We’ve discussed not to edit the show maliciously.”

– You look very interested in the trainees. Is it based on the scrip or ad lib?
“I’m trying not to look nervous. In audition TV shows, everyone even the judge looks very nervous. I want to release their tension. They call me rep, but when we talk off the stage, I’m like their neighbor oppa. At least, I don’t want to make a stern face.”

– It’s not your first collaboration with Mnet? I remember ‘X-boyfriend’.
“Wha, when was it..? At that time, boy students in their 20s liked seeing the TV show. It was very intriguing. It’s natural to become curious about those whom we haven’t seen for a long time. Where are they and what they’re doing now? It stimulated people’s curiosity from beginning. I first met the chief of ‘Produce 101’ then.”