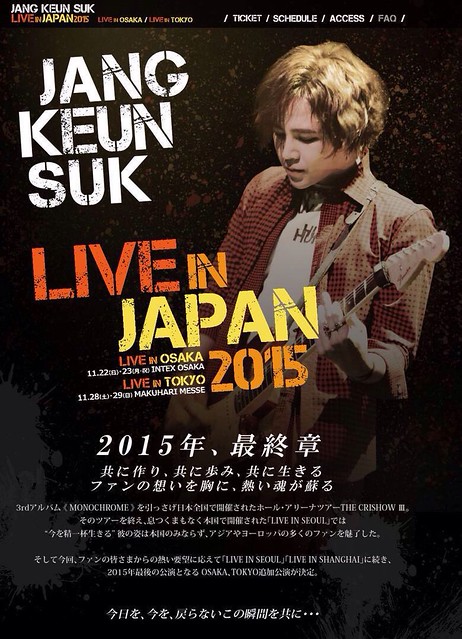 The final chapter of 2015
making together, walking together, and living together…
fans’ passion brings him back to the hot soul.
With JKS’ 3rd album ‘MONOCHROME’, CRI SHOW III hall/arena tour was held throughout Japan.
Just after the tour, ‘LIVE IN SEOUL’ was held in his home country, South Korea.
His way to ‘live fully in the present’ attracted a lot of fans from Asian and European countries as well as Korean fans.
To meet fans’ massive requests for the additional stage after ‘LIVE IN SEOUL’ and’LIVE IN SHANGHAI’,
we decided to hold the final performance in 2015 in Osaka and Tokyo.
Being together today, at present, at this very moment that never comes again… 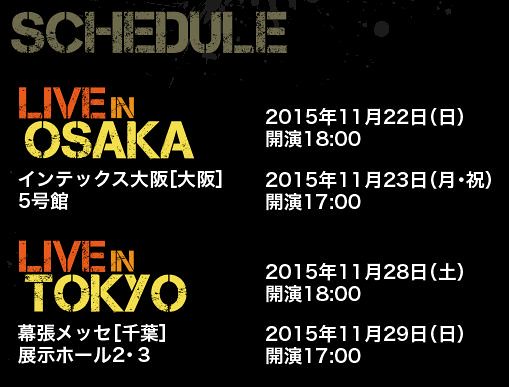