In the trailer released on 26th, we glimpsed their struggles in bad weather such as plates were blown off by a strong wind. They worked hard to live off the land, casting nets to get fish, but at the end, they couldn’t get any. Eating kimuchi and potatoes was their only option. 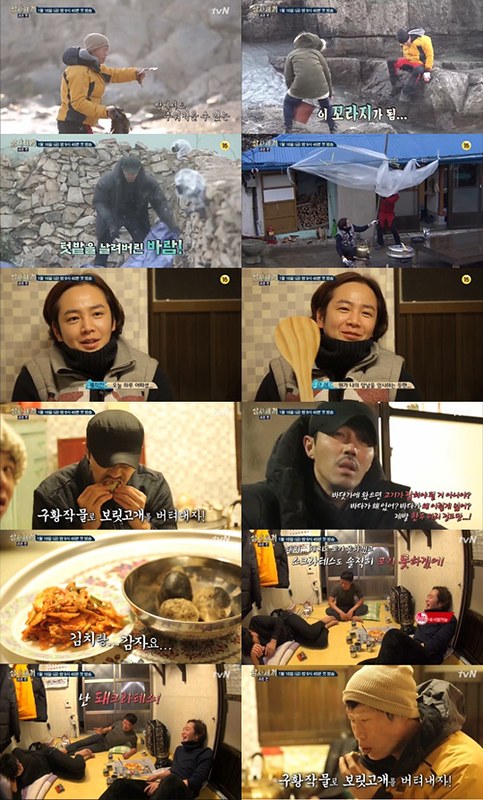 After that, they gathered in a small room. Loo Hae Jin asked, “Which do you choose, a pig satisfied or Socrates dissatisfied?” Both Cha Seung Won and Jang Keun Suk’s quick answer “A pig” brought laughter. On the other hand, Loo Hae Jin himself said, “I can’t give up being both, a pig and Socrates…” and finally answered, “I will choose Pig-rates (he compounded words, pig and Socrates! Lol.)” His final answer made Cha Seung Won and Jang Keun Suk roll on the floor laughing.

Another thing, while Jang Keun Suk talking with the staff, something dropped from a shelf by wind. That embarrassed him. Jang Keun Suk seemed a bit panic and pulled them together, saying “How was going on today… well, I’m afraid it implies my future.” That his comment brought another laughter to viewers.
Cha Seung Won looked at a complete loss. “When coming to the ocean, we expect to get fish. Don’t you think it’s the reason the ocean exists…? Even though the ocean is large… why no fish we could get?? I wish to get at least one or two.”

tenshi_akuma’s note: About Socrates and pig part, Loo Hae Jin used a popular saying by J.S Mill that describes “Better to be Socrates dissatisfied than a pig satisfied”. But in this case, poor hungry guys chose without hesitation to be a satisfied pig, not an unsatisfied; hungry human being.
—
Screen caps 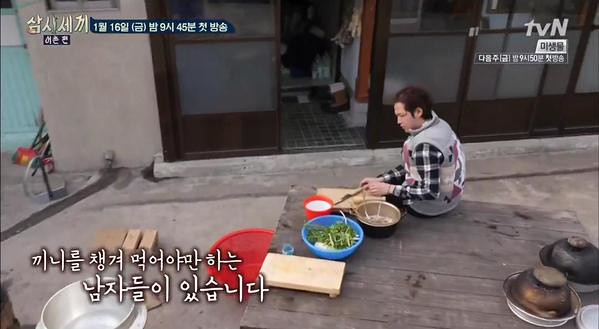 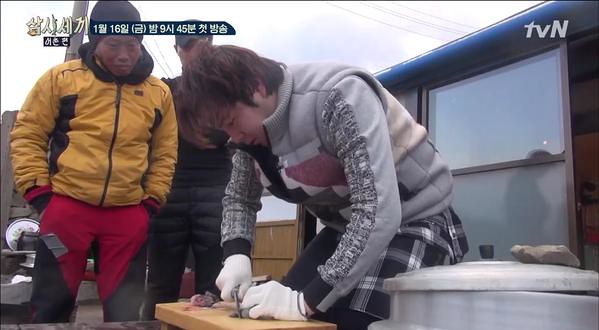 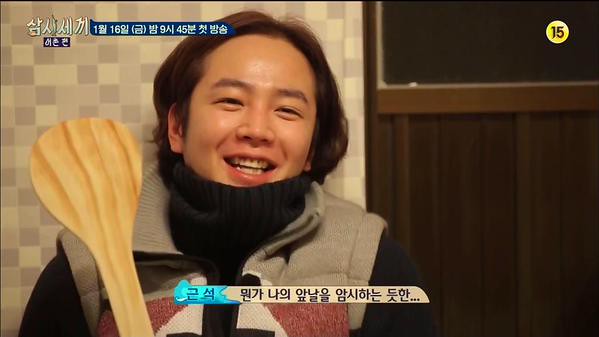 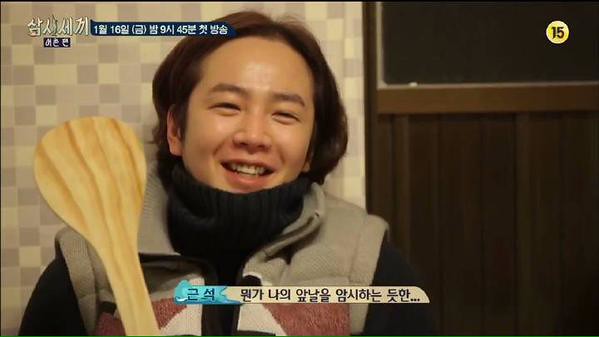 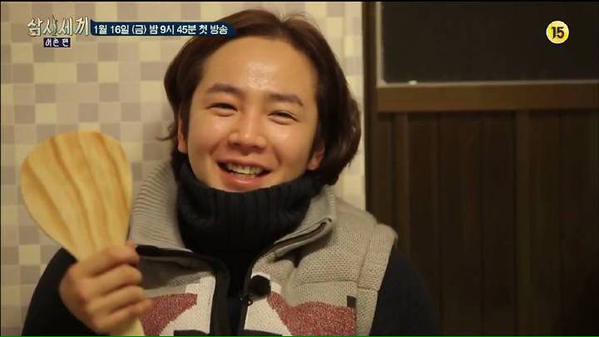 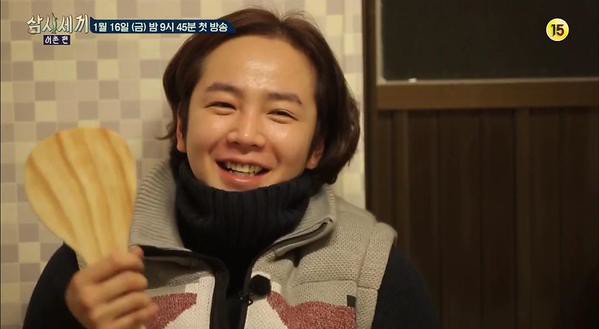 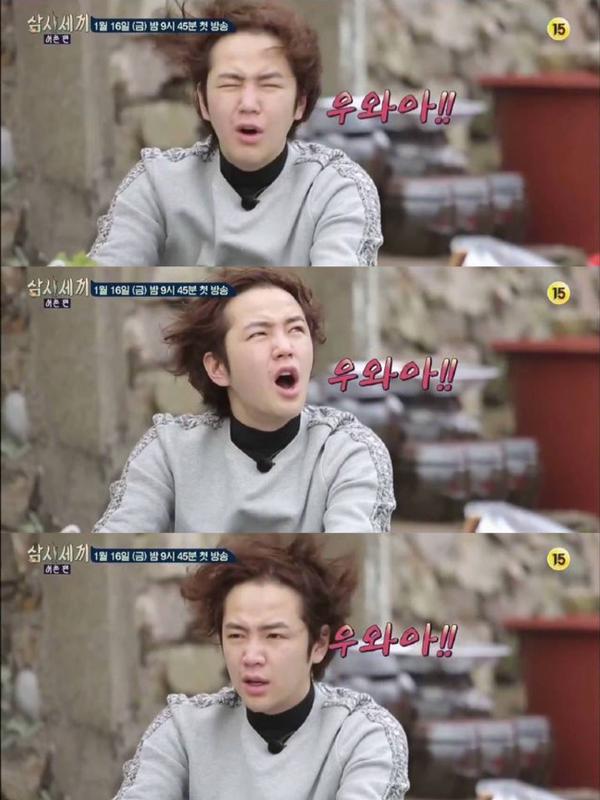 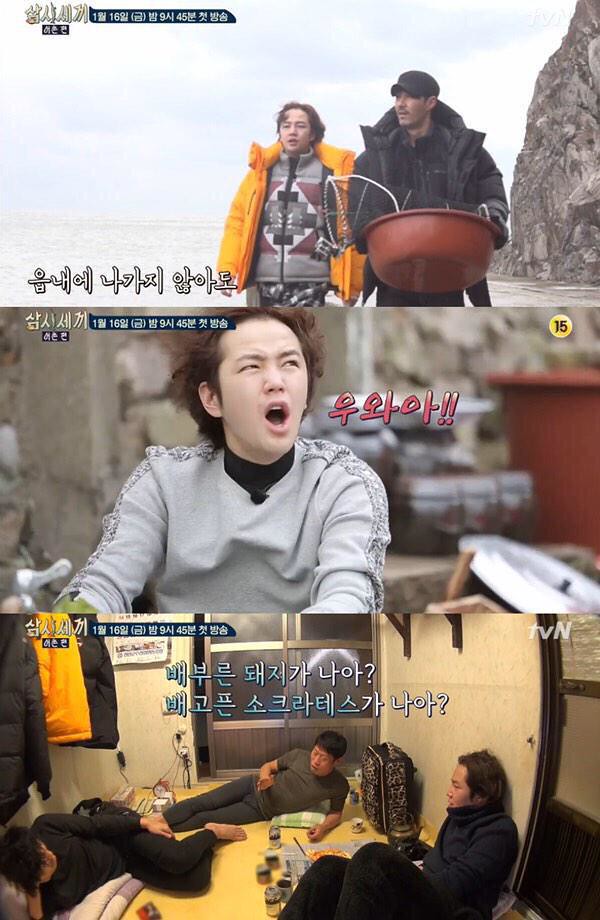 18 thoughts on “[article] Their lone battle in ‘Three Meals a Day -Fishing Village’ trailer made us laugh already.”